Finding a way home for the holidays 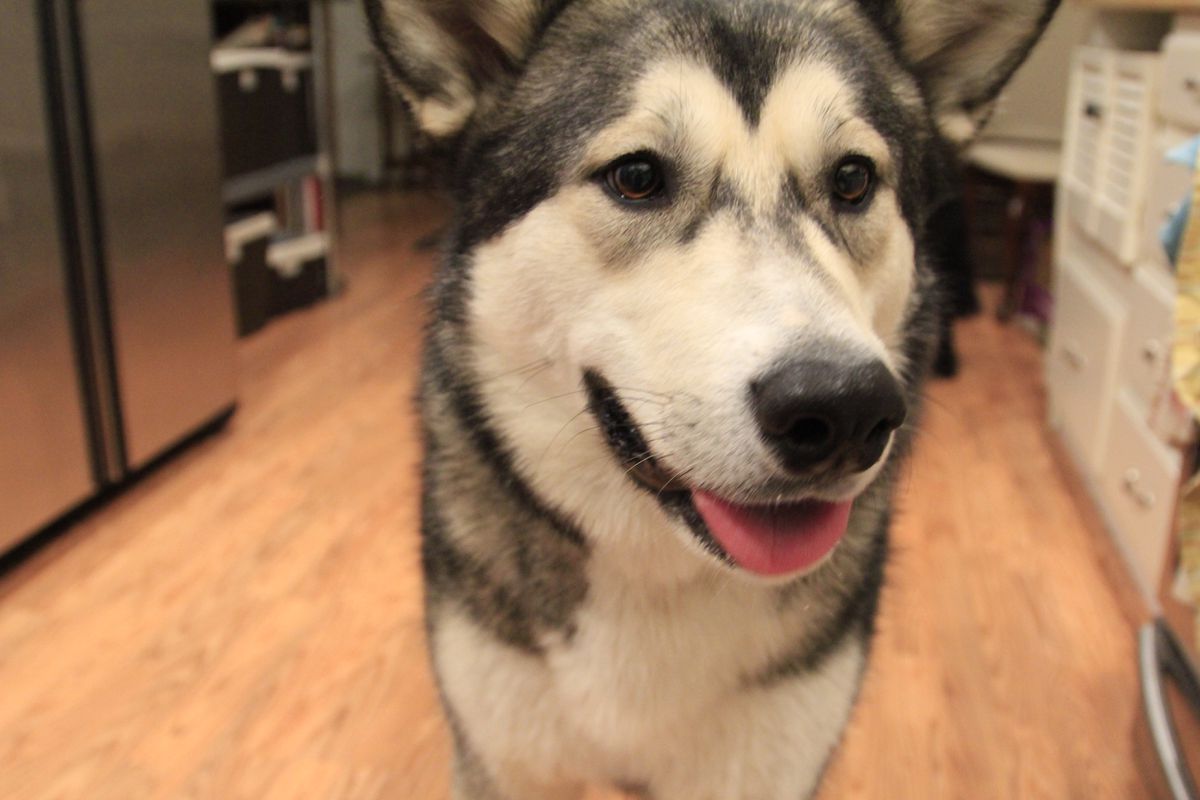 “You’re probably wondering why I’m calling out of the blue,” the voice on the phone said. “It’s about my dog — she’s been missing.”

I hadn’t heard from Patrik Sartz since moving to Anchorage in April 2018, and probably a good while before that. I’d met him in college at the University of Alaska Fairbanks, where he was the unassuming star of the rifle team. Swedish by birth, looks and manner, he had dated and eventually married Annie Hooper, one of my high school friends. They’d settled in Fairbanks and had two young daughters, Evelyn and Leah. They were particularly enamored of their animals (as I remember, their wedding vows made reference to how much Annie loved her cats). That was where Aliy came in.

Aliy was a relatively recent arrival to the family — a 1-year-old Alaska malamute given up by her elderly former owners, who couldn’t keep up with her. They had named her after Aliy Zirkle, an Interior musher who attained legendary status after her strong finishes in the Yukon Quest and Iditarod, and also this one time in Nome immediately after finishing the race when she broke another woman’s arm in an arm-wrestling contest. It was a good fit, given Aliy the dog’s strength and good nature. But then she’d gone missing.

The Sartz family, Patrik told me, had gone out for a weekend trip to their cabin near Chena Hot Springs, about 50 miles east of Fairbanks. Aliy had gotten loose, and despite their best efforts to find her, she was gone. By the time Patrik called me, she’d been gone 11 days.

The family put up signs all along the road near the cabin. They blanketed social media. They offered a reward, no questions asked. For six days, Patrik searched near their cabin and along the road, following Aliy’s tracks along the creek to the hot springs road, where they disappeared. There was no way to know if she’d run along the road, been picked up or, worse, hit by a car.

Eleven days is a lot of time, especially in Alaska — and even more so during an Interior winter, with temperatures hovering around 20 below. A friend at the U.S. Fish and Wildlife Service told Patrik that a pack of 17 wolves inhabited the area about 5 miles south of the Sartz’s cabin. Still, the family didn’t give up hope. They chased every lead, however improbable. They set out live traps at their cabin and other places people thought they’d seen Aliy, inadvertently catching a neighbor’s dog.

But as time went on, the doubts crept in. There had been so many false leads, so little credible evidence that she’d actually been seen by anyone since going missing. Quietly, the family began to accept the cold reality that Aliy wouldn’t be home for Christmas, and she might not come home at all.

Then they got the most improbable call of all, from Anchorage Animal Care and Control.

They had Aliy, they said. She’d been found running loose near downtown Anchorage.

Patrik had gotten that call just before reaching out to me and starting the 360-mile trip down the Parks Highway. He’d called me in an activation of the Fairbanks friend network, the unspoken understanding that when Alaskans from outside Southcentral move to the big city, their friends can count on them when they need something from Anchorage: a spare bedroom to crash for the night, a dress mailed up from Nordstrom Rack, a pair of boots resoled. Or, in this case, a trip to the animal shelter to retrieve a dog before the 7 p.m. closing time.

Time was of the essence because of how Aliy had been found: She’d had a new collar on, with a new name and different owners listed. The shelter workers had called Patrik because he was the microchip registrant, which overrode the tag information — but who could say if her new “owners” would show up and try to stake a claim? I finished up work as fast as I could and headed to the shelter. Aliy was still there, chipper as ever, when I arrived. The shelter workers said they couldn’t give us the collar and tags she’d been wearing when she was picked up, but they were happy to turn them over to the police if Patrik and Annie wanted to press charges. Aliy hopped happily into the car, and I couldn’t help but think how it had likely been just that easy for whoever picked her up the first time.

While Patrik drove down from Fairbanks and Aliy roughhoused with our dog Bella, my fiancée and I tried to fill in what might have happened to her during the past 11 days. She had gotten picked up soon after straying from the Sartz cabin, we figured, or there would have been sightings of her along the road. Maybe she was taken in by someone visiting Chena Hot Springs from Anchorage for the weekend and they decided to keep her rather than turn her in to animal control in Fairbanks. And at some point after getting to Anchorage, she’d realized this wasn’t home and ran away.

Patrik showed up at just after 10 p.m., having made the drive from Fairbanks in exactly six hours. Aliy jumped up and put her front paws on his shoulders, rubbing against him and licking his face. Happy to have her back, Patrik wasn’t interested in pressing charges, and understood why the shelter couldn’t release the identity of the people who’d put on her new collar and tags. (“The only thing I’d want their contact info for would be to send them a lump of coal every Christmas,” he said.) We fed him a dinner of moose dumplings and rice, and despite our offers to put him up for the night, he headed back north immediately — he’d just started a new job, he said, and didn’t want to miss work so soon.

The next morning, I saw a couple new items in my social media feed: Patrik’s daughters Evelyn and Leah coming downstairs, sleepily, in their holiday pajamas. They weren’t conscious enough for a tearful “Homeward Bound”-esque reunion in front of the Christmas tree. But they had their dog back, and they were happy, and that was enough.

Tom Hewitt is the opinion editor for the Anchorage Daily News.