What are we willing to sacrifice for a ‘positive business climate’? 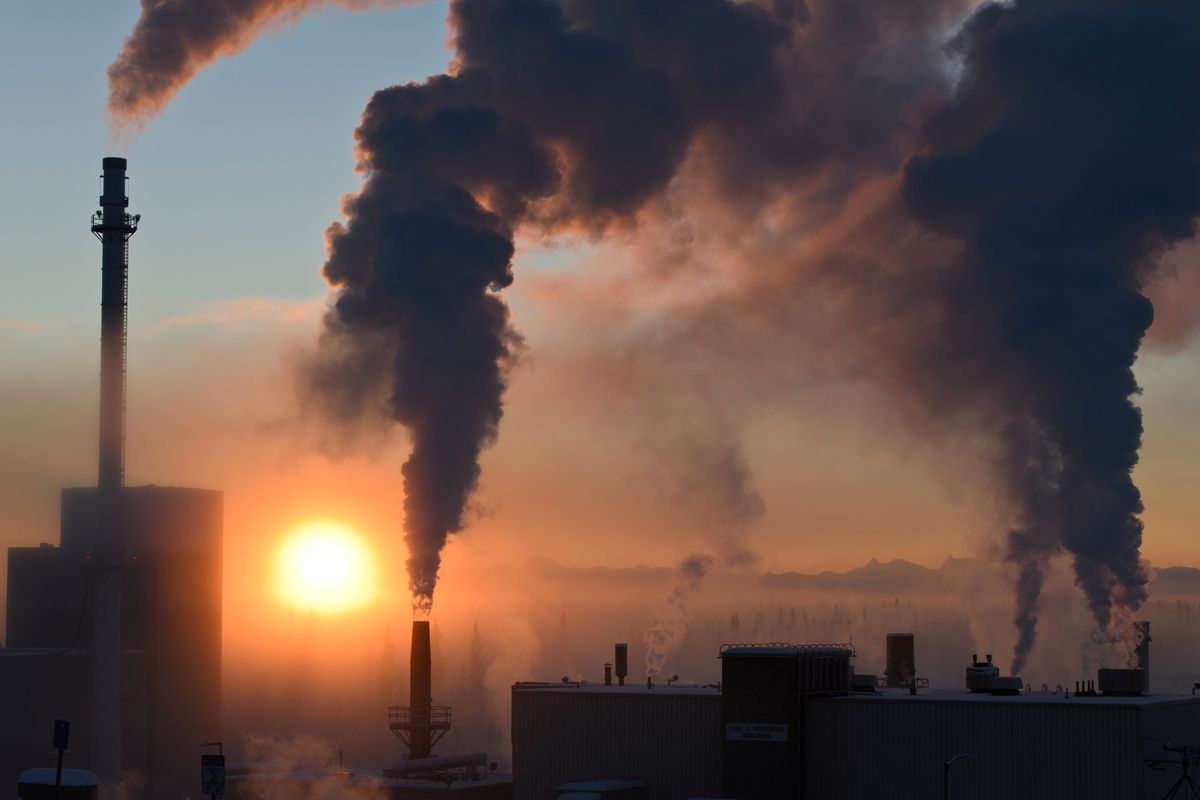 During the past few weeks, Anchorage’s Chamber of Commerce has advertised the need to create a “positive business climate” to help the state’s economy. One cannot argue with the intent, but one can take issue with the means. Most everyone has concerns about the Alaska economy, but many would disagree that oil remains the answer. In fact, one could argue that recent economic trends make oil an outmoded form of energy. When even the president of the Bank of England has voiced the warning not to invest in fossil fuels and gas-powered cars, perhaps Alaska should raise an ear to such a warning.

Certainly most of us would like to create a “positive business climate” — but does that mean doing so at the cost of the probable irreparable damage to the climate of the world? Considering the current state of the planet and the dire forecasts of climatologists, oceanographers, glaciologists and even epidemiologists, such an attitude seems irresponsible. Just consider air pollution, one of the earliest obvious health hazards posed by the burning of fossil fuels.

The “Six Cities Study,” led by Harvard epidemiologist Douglas W. Dockery, began in 1974 to study people’s health in six cities — three with supposedly clean air and three with supposedly dirty air. After accumulating wheelbarrows full of data of 8,000 randomly chosen people over the course of 20 years, they discovered that people in the dirty cities died on average two or three years earlier. This may not seem shocking in and of itself, but it should shock us all that these deaths resulted in atmospheres of particle matter smaller than 2.5 microns (PM2.5) in diameter — an amount deemed safe by standards going back to the Clean Air Act of 1967 (amended in 1970, 1977 and 1990).

The "Six City Study” immediately led to the establishment of more stringent standards. But the study proved especially scary in its revelation that even the finest particles of pollution cause death. These small contaminants consisting of black carbon (or soot), dust, sulphates and nitrates — most all of which result from the burning of fossil fuels — not only infiltrate all parts of the body, but prove hardest to remove from the atmosphere.

All told, somewhere between 100,000 and 200,000 people in the U.S. still die annually from pollution — more than in traffic accidents — and most die from particles of PM2.5. On April 3, 2019, the annual “State of the Air” report stated that some 141 million people in the U.S. live amid very unhealthy air pollution. This number, the report went on to say, should increase by 7 million people by 2020.

Other developed countries also suffer. During his early 2016 campaign, London Mayor Sadiq Khan warned that the city lived in a public health emergency, which resulted in this year’s creation of an ultra-low emission zone for central London.

And such developed countries with some laws in place have it good compared to the rest of the world, much of which does not have the strict standards of clean air as the U.S. According to Jonathan Mingle of The New York Times Review, “Today, 91% of people worldwide live in areas where air pollution levels exceed the World Health Organization’s recommended limits.” This has resulted in air pollution contributing to one in every nine deaths across the planet in 2016.

And some countries have suffered far more than others in bearing the pain of such losses. According to another study of air pollution’s effect on middle- and low-income countries, people in such countries lost 122 million years of life due to breathing air containing PM2.5 contaminants. Children in sub-Sahara Africa and South Asia accounted for near 20% of all those lost years.

Yet, as Mingle pointed out, “polluting industries simply do not accept any limit on how much waste they can pour unto the air without a vicious fight." And as they fight, they pour more smoke into the air. As David Wallace-Wells notes, “More than half of the carbon exhaled into the atmosphere by the burning of fossil fuels has been emitted in just the last three decades."

When Arie Haagen-Smith published his findings that the ozone over Los Angeles resulted from hydrocarbon from refineries and cars’ exhaust, oil companies immediately began a campaign to defame him in a flood of articles filled with false information written by scientists on their payroll. They failed. They have since tried to sue the national government to pass less-stringent controls — despite their knowing the damage fossil fuels cause to the air we all breathe.

Despite these and many more obvious proofs of the danger of just air pollution, some Alaskans still seem bent on seeking short-sighted economic gains through the drilling for oil in exchange for long-term human and ecological losses. This state has already added, knowingly or not, to the pollution problems the world now faces. Maybe we should consider it payback time and move to more progressive ways to stimulate the economy — developing renewable energy sources and promoting eco-tourism. We have proved progressive in changing marijuana laws and the use of plastic bags. We can also prove progressive in changing our overall economic goals and join countries like Iceland and Germany in pointing the way to the future.

Shawn Lyons, an avid musician and hiker, is the author of “Walk-About Guides for Alaska.”

Avid Anchorage hiker and musician Shawn Lyons is the author of a series of book about hiking in Southcentral Alaska.