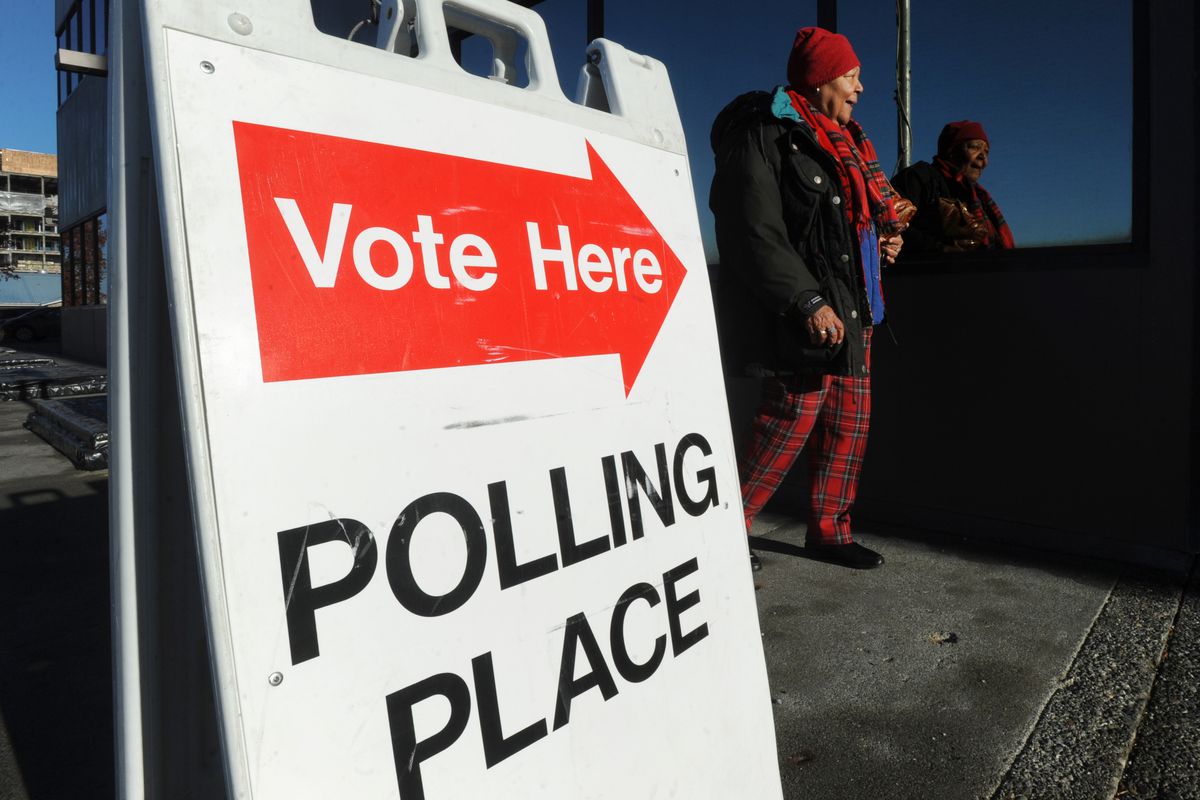 Voter Odelma Holmes walks towards the state Division of Elections office at 2525 Gambell Street on Oct. 22, 2014.

Voter Odelma Holmes walks towards the state Division of Elections office at 2525 Gambell Street on Oct. 22, 2014.

Maine no longer conducts its gubernatorial election in September or even in presidential years. But Maine has taken the lead in a new way. In 2018, Maine became the first state in the country to conduct federal congressional elections using ranked choice voting, and it immediately made a difference.

In Maine’s second congressional district, incumbent Republican Congressman Bruce Poliquin won a plurality, but not a majority, of the first-choice votes in the 2018 general election. When the lower-ranked candidates were eliminated and their second-choice selections were counted, Democrat Jared Golden won a majority of the votes and was declared the winner.

As the lawyer who successfully defended Golden in the federal constitutional challenge to his election, I believe that Maine could be the ranked choice voting bellwether for other states. The 2018 election proved that it not only works quite well, but that it is court-tested.

In the specific federal court challenge brought by Poliquin and his supporters, they did not produce evidence of a single voter who was confused by the process. Probably that’s because ranked choice voting, also known as instant runoff voting, is simple to describe.

Even though other states don’t have this tradition, every state holds multi-candidate local or primary elections that might benefit from ranked choice voting. In most elections, the winning candidate is the one who wins a plurality of the votes, even if a majority prefers someone else. In multi-candidate elections, a small base of dedicated followers often is a winning strategy over a broad base of lukewarm supporters. Voters are discouraged from voting for “spoiler” candidates who are unlikely to win, and instead are encouraged to vote for the “lesser of two evils.”

In the second most popular form of elections, separate run-off elections, the top two finishers in a multi-candidate race face off if no one wins outright in the first round. The major objections to this form are the cost and delay of holding a second election and the usual drop in voter turnout for the run-off election. Also, “I wish there were another month of political ads,” said no voter ever.

Ranked choice voting has been billed as a panacea for all of these evils. I must confess that I was skeptical at first, thinking that it would appeal only to political junkies and political scientists, but no one else. In the various primary and general multi-candidate elections held in Maine in 2018, the ranked choice voting process actually worked quite smoothly. The election officials collected the relevant ballots from across the state, fed them into a computer, and winners were declared with a push of a button, all within a couple of weeks of election day.

So, what’s not to like? Maine’s state motto is “Dirigo,” which means, “I lead.” Perhaps, once again, as Maine goes, so goes the nation.

Peter Brann is a Maine lawyer and visiting lecturer at Harvard Law School. He defended the winning candidate in a federal lawsuit challenging the use for the first time of ranked choice voting in a congressional general election and wrote the chapter on ranked choice voting for the American Bar Association’s election law book.