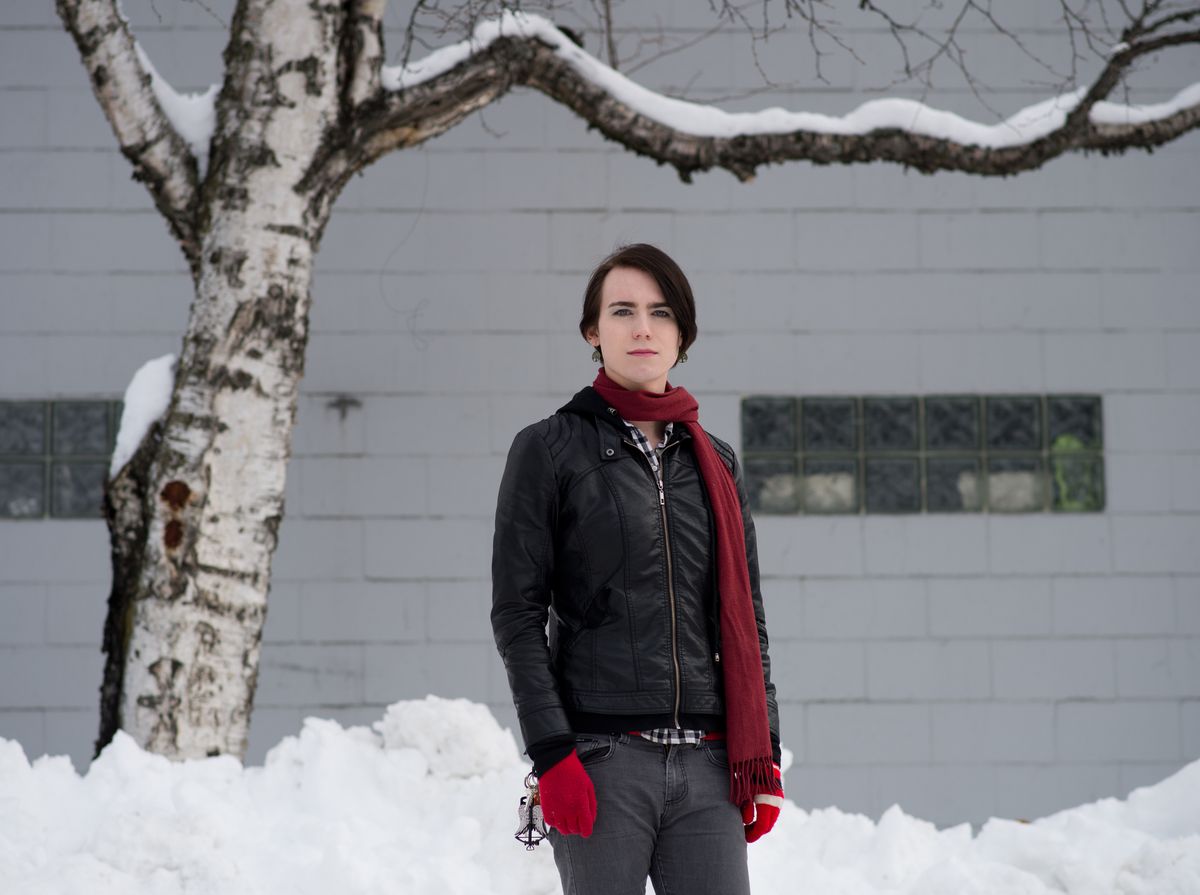 Lillian Lennon was an organizer for the Fair Anchorage campaign to oppose Prop 1, which attempted to repeal certain non-discrimination protections for transgender people in Anchorage. Photographed on March 2, 2018. (Marc Lester / ADN)

Lillian Lennon was an organizer for the Fair Anchorage campaign to oppose Prop 1, which attempted to repeal certain non-discrimination protections for transgender people in Anchorage. Photographed on March 2, 2018. (Marc Lester / ADN)

My teenage years were a scary time. My parents sent me to conversion therapy, where I was forced to live with men who harassed and bullied me in an attempt to change who I am.

It was a horrible experience but I survived and it only made me stronger. It confirmed even more that I was destined to live as the transgender woman I have known myself to be from a young age, and inspired me to fight to protect others in my community.

I was in college when Proposition 1 was introduced in Anchorage. I decided to take time off from my studies to fight the measure that would have repealed protections for transgender people in Anchorage and forced us to use public accommodations that didn’t match our gender identity. We won that battle and became the first American municipality to uphold protections at the ballot.

While that fight is over, we have a long way to go. Alaska is one of 30 states that doesn’t have comprehensive nondiscrimination protections for LGBTQ+ people. The current patchwork of protections across our state is unfair, unworkable and leaves many Alaskans vulnerable to discrimination and hate.

That’s why I’m closely following what could be one of the biggest moments in the movement for transgender equality. In October, the U.S. Supreme Court heard its first case centered on transgender people, as well as two other cases on LGBTQ+ employment discrimination.

Plaintiff Aimee Stephens, was fired from her job as a funeral director after coming out as transgender. The business owner said it would be “unacceptable” for her to appear as a woman. I hope the justices rule in favor of Ms. Stephens and the other plaintiffs, and for basic respect for LGBTQ+ people. It’s past time to start correcting the injustices that our community has had to face.

Even if the court does the right thing, we still have work to do. We need comprehensive statewide nondiscrimination protections in housing, employment and public spaces like restaurants and stores, so that LGBTQ+ people can live, work and access basic services free from discrimination and harassment.

We’re people living alongside you who deserve basic human rights like everyone else. We shouldn’t be forced to live in fear of losing our jobs, our homes or our dignity.

The people of Anchorage have made clear that discrimination isn’t welcome in our city. Now it’s time for our state lawmakers to do the same, and for Congress to pass the Equality Act so that our federal Civil Rights Act prohibits discrimination based on sexual orientation or gender identity.

I know firsthand how difficult it is to live alongside people who don’t acknowledge or respect me for who I am. I hope that I can soon say I live in a state and country where LGBTQ+ people aren’t vulnerable to the toxic treatment that I was forced to live through. It’s long past time.

Lillian Lennon (she/her/hers) is a born-and-raised Alaskan who began her work for LGBTQ+ equality four years ago at the age of 17.