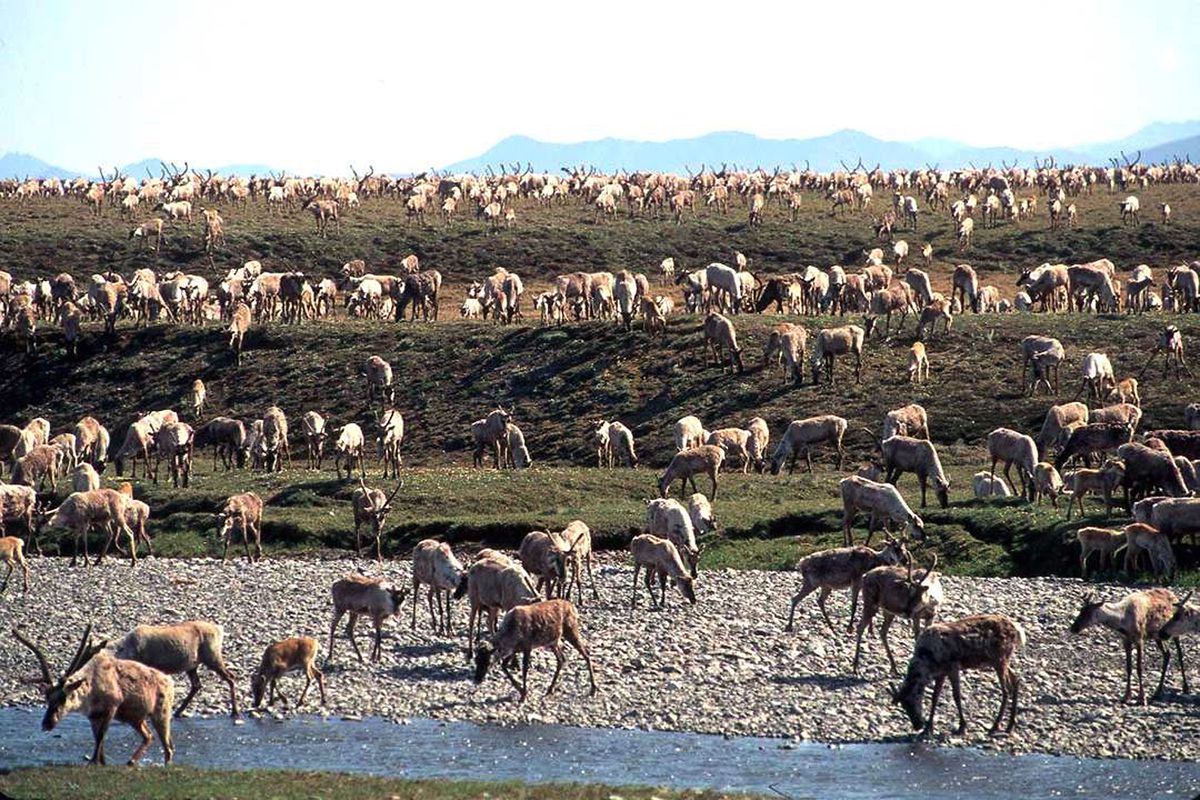 As a woman of mixed Alaska Native — Gwich’in — and Black ancestry, I understand racism and its impact on my communities all too well. Alaska is a state where the majority of our estimated 120,000 Indigenous peoples live a traditional subsistence lifestyle — more than in any other state. Before white settlers colonized Alaska, we lived, hunted and gathered for generations on these lands.

Today, too many of us live in communities held hostage by the fossil fuels that are destroying traditional resources. I understand firsthand that extreme resource extraction comes at the expense of people of color, the poor and Indigenous communities who depend upon these impacted lands for their livelihoods and food security. Extractive industries have caused sickness to our lands, waters, animals and relatives. They are causing devastating changes to the environment, changes our people see every day, and with which Western science cannot keep up.

The effort to drill the Arctic National Wildlife Refuge has been pursued for decades by Alaska politicians. The Gwich’in people have had a cultural and spiritual connection with the Porcupine caribou herd that has given birth on the Arctic Refuge coastal plain for thousands of years. In 1988, our Gwich’in elders and chiefs from Alaska and Canada saw the threats development posed to our land and came together at the first Gwich’in Gathering in 150 years. They directed us to protect the Porcupine caribou calving grounds. They directed us to go out and tell the world we are here, to work in a good way, and to never compromise our position. This is not always an easy task, especially when we are up against so much dishonesty from political leadership. But it does not deter us from working in a good way, just as our elders directed.

Over the past few years and on behalf of the Gwich’in Nation, I have made multiple trips to speak in person with financial institutions to help them understand that drilling in the Arctic Refuge is a human rights issue. I cannot fully express the time myself and others have sacrificed or the emotional and physical toll we have experienced traveling away from our families and homelands, trying to convince our fellow Americans, Congress and now banking institutions that our people matter, that our very human rights are at stake with development.

But recently, things seemed to be changing. Our conversations were happening at a historic time when the financial world was realizing the true cost of the climate crisis and accepting its responsibility to address human rights and the future of our Earth — and starting to recognize the positive impact being socially responsible could have on bottom lines. After so much exhaustion, it was exciting and emotional to hear that they were finally listening. Many banks decided to make the moral choice and commit to not playing a part in destroying the caribou calving grounds in the Arctic Refuge.

Now, three white members of the Alaska congressional delegation have stepped forward in the midst of a revolution for racial justice to claim that these banks are discriminating against Alaska Natives. This is an egregious manipulation of the current crisis we are facing in this nation.

Where have these members been since the 2013 Indian Law and Order Commission report condemned the exclusion of Alaska Natives from protections afforded to other Indigenous people across the country under federal law?

Where have these members been in the fight against environmental racism that Alaska Natives have been facing for decades?

Why have they spent their careers ignoring the true cause and cost of the climate crisis, as Indigenous villages slip one by one into the ocean and hunters trying to feed their families fall through prematurely melting ice?

While the Alaska delegation remains fixated on standing up for the oil and gas industry, Alaskans are demanding a just transition away from our over-dependence on fossil fuels.

Systemic racism has gone unchecked for far too long, not only in Alaska but across the nation. A light is being shined on the environmental, economic, health, educational and legal injustices perpetrated against Black men and women, Indigenous peoples and other people of color, and we refuse to put them back into the dark. Our nation is reflecting on how we make real systemic change, and I choose to lean into the positivity of this moment. For my people, change must include protecting the lands and waters upon which we — and all Alaskans — depend. It must include an end to putting profits over people. Stand with us. Please join us in protecting the Arctic National Wildlife Refuge once and for all.

Bernadette Demientieff is the executive director of the Gwich’in Steering Committee.