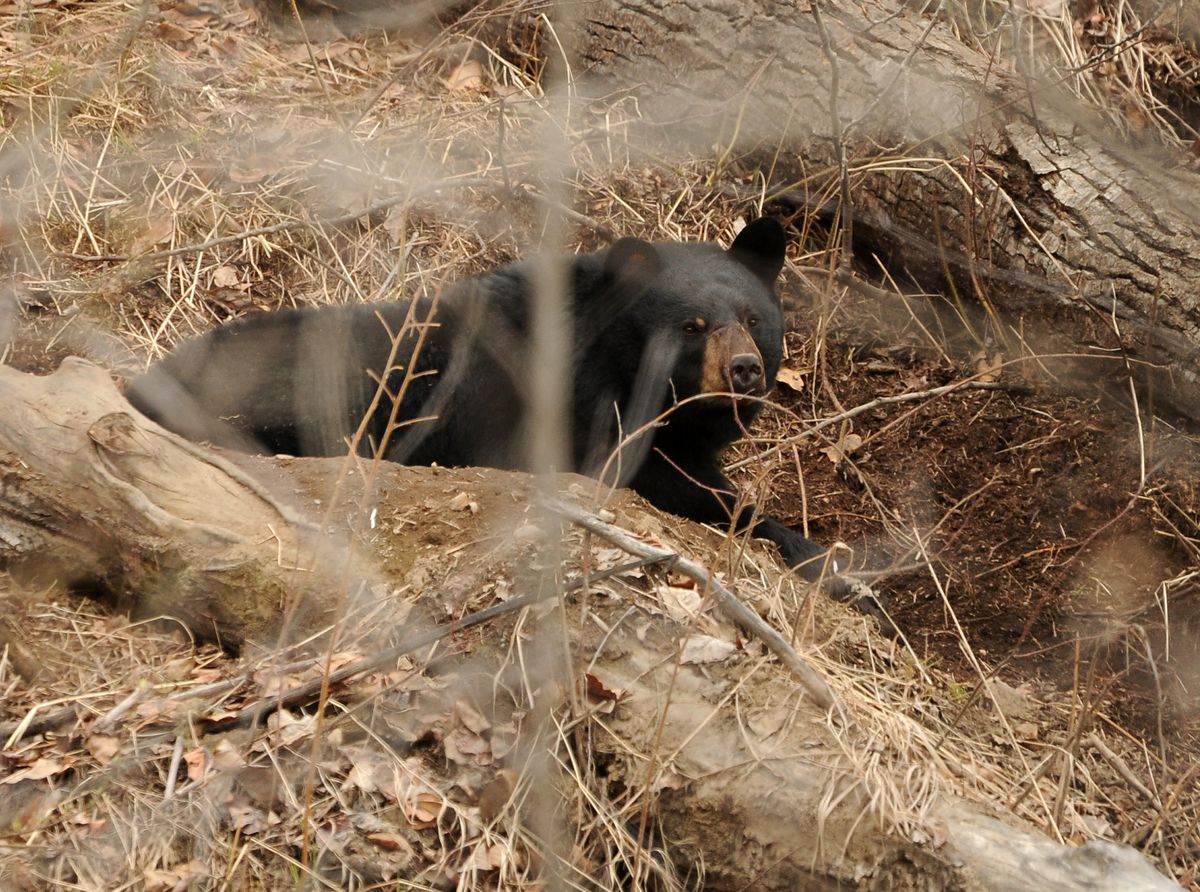 A black bear rests in the woods in the Ship Creek area of Anchorage, on Saturday, April 9, 2016. (Bob Hallinen / Alaska Dispatch News)

A black bear rests in the woods in the Ship Creek area of Anchorage, on Saturday, April 9, 2016. (Bob Hallinen / Alaska Dispatch News)

The Alaska Professional Hunters Association writes in response to the inaccurate opinion piece from Marybeth Holleman entitled “New Trump wildlife rule will hurt Alaska tourism” that appeared on June 21 in the Anchorage Daily News. APHA is the state’s association of hunting guides. Our members are Alaskans whose customers bring their money to Alaska.

Ms. Holleman objected to the Trump administration’s June 2020 rule that repeals a 2015 Obama administration rule that had banned several state-allowed hunting methods on Alaska’s National Preserves. She suggests tourists will be scared to come because they purportedly might see one of these hunting methods occurring. Her predictions lacked a basis in reality.

Ms. Holleman did not discuss in her opinion where in Alaska the disputed hunting practices occur, as compared to the very different places where wildlife viewing tourists go. For example, she criticized the practice of hunting bears in their dens (denning), but fails to mention that the state of Alaska allows this practice only on a sliver of one Alaska National Preserve (Gates of the Arctic) north of the Arctic Circle, about 100 miles from the only road (the Dalton Highway). The only persons who actually use this practice are traditional local hunters who need to get meat over the winter and have no access to grocery stores. National Park Service statistics show that in 2019, just 201 persons reported visiting anywhere in the 8.4-million-acre Gates of the Arctic National Park and Preserve during the denning season (Oct. 15 through April). Those few visitors, only some of whom were tourists, generally stayed near the Dalton Highway, where the visitor center is — 100 miles from where denning is allowed.

Ms. Holleman did not discuss that use of bait to hunt bears is allowed only in remote areas of dense underbrush where tourists are unlikely to go. Baiting is also subject to a requirement to observe substantial buffers from any populated areas. In claiming a safety issue exists, Ms. Holleman overlooked the findings of the Clinton Administration’s National Forest Service that: “There is no evidence that baiting increases human-wildlife conflicts. … Bears do not become conditioned to bait. Bear baits are temporary features. Once the bait is removed, bears revert to natural foods.” (”Use of Bait in Hunting,” 60 Federal Register 14720, 14722, March 20, 1995).

Readers should know that the challenged hunting practices are either practices commonly allowed by states in the Lower 48 (summer hunting of wolf and coyotes, and use of bait to hunt bear) or are traditional local rural village hunting practices (bear denning, shooting swimming caribou) that are not engaged in by trophy hunters but only by local residents who hunt for food. Contrary to a suggestion in Ms. Holleman’s opinion, the 2015 rule only had an ineffective partial exemption for traditional hunting by rural residents seeking food for winter. Congress chose in 1980 to allow hunting in Alaska National Preserves, so these units are not “sanctuaries.”

APHA, along with its partner the Sportsmen’s Alliance Foundation, advocated for repeal of the 2015 rule in the courts, in a petition to the Department of Interior and before Congress. We appreciate the strong and unanimous support of Alaska’s Congressional delegation (Sens. Dan Sullivan and Lisa Murkowski, as well as Rep. Don Young) in urging the administration to complete the repeal of the ill-advised 2015 rule. The National Park Service does many good things, but park rangers by nature don’t make good hunting regulators. Hunting is not their thing. Having NPS in charge of regulating hunting on large swaths of Alaska discouraged hunting tourism. That job is now back where it belongs, in the hands of the Alaska Department of Fish and Game.

Deb Moore is the executive director of the Alaska Professional Hunters Association.