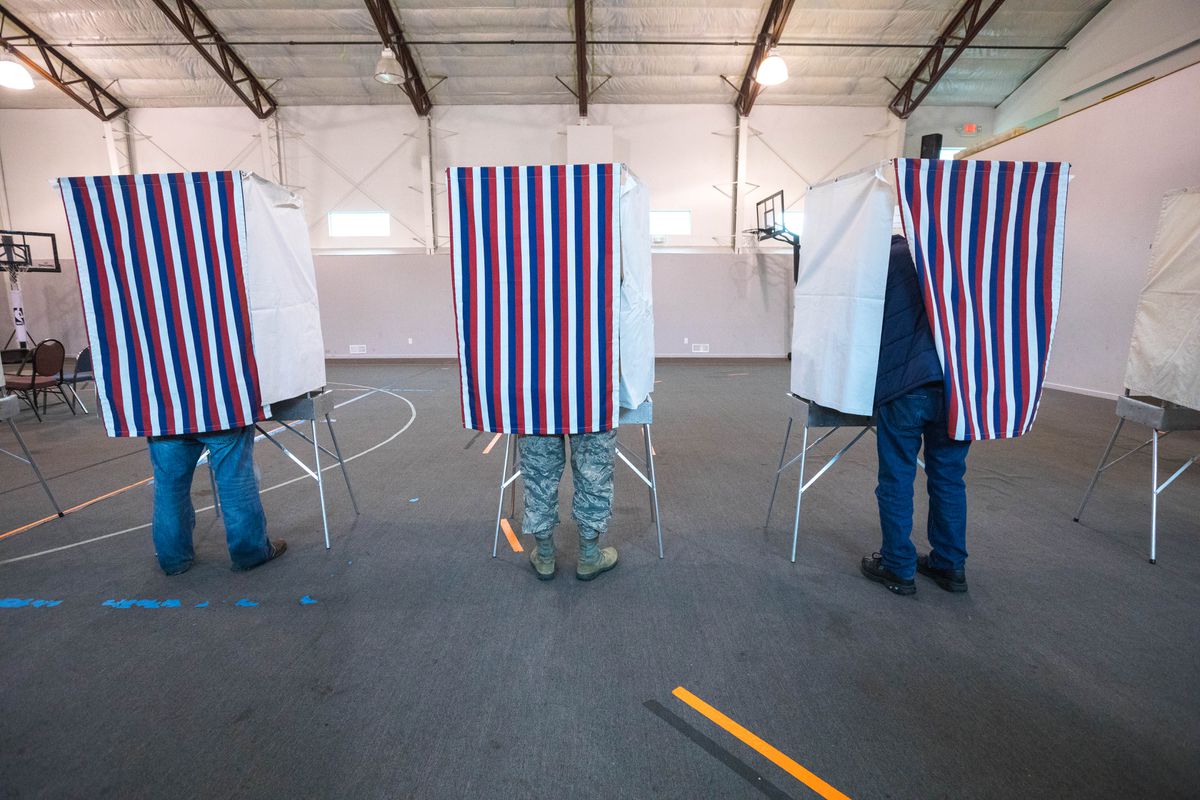 Alaska has the highest percentage of registered independents in the country, yet our general election candidates almost always have a big R or D next to their names. Why is that? It is because the current system we use to elect officials doesn’t give independent voters a viable option. One proposed solution is to implement ranked-choice voting statewide. Opponents of ranked-choice argue that it would make voting too “confusing” for the average voter, thus decreasing turnout. In reality, their genuine opposition comes from the realization that the two-party stranglehold on Alaska politics could finally come to an end, and that a system more representative of the people would replace it.

Over the past couple of months, there’s been a debate going on over Ballot Measure 2, which would implement a ranked-choice system statewide. Leaders from both the Democratic and Republican parties have criticized the measure. For example, former Gov. Sean Parnell, a Republican, and former U.S. Sen. Mark Begich, a Democrat — in the interest of full disclosure, I am Sen. Begich’s son — wrote a piece in the Wall Street Journal criticizing the fact that with ranked-choice, if you don’t rank more than one candidate, your vote doesn’t count if they get eliminated. The problem with this argument is that under our current system, if your first choice doesn’t have a big D or R next to their name, your vote often doesn’t count regardless of who your second or third choice may be. Ranked-choice would help to end the “spoiler effect,” which occurs when too many voters choose a third-party candidate, resulting in a loss for their more mainstream “tolerable” candidate. This is the problem establishment Democrats and Republicans have with the measure: They lose control of the process. Without this manufactured issue, the big parties can’t guilt-trip the electorate into sucking it up and voting for one of their pre-approved candidates.

A growing number of Alaskans have become fatigued with the duopoly that exists in our politics. Voter turnout in our statewide elections is depressingly low. Our low turnout is a result of voters feeling cornered into choosing between two candidates that they don’t wholeheartedly support. The only realistic chance independents have at voting for a candidate of their choice is in the Democratic primary, the only primary open to independent candidates. As a result, independents, who consist of a diverse set of backgrounds and views, have to compete with like-minded liberals in the primaries. This predicament almost always means that independents get no candidate on the ballot in November. Ranked-choice voting would create a more open playing field for candidates to compete in, allowing the largest voting bloc in our state to get a fair shot in the general election, and thus likely increasing voter turnout.

There are very few occasions in which both Democrats and Republicans can agree on something. Not surprisingly, their staunch opposition to ranked-choice transcends partisan boundaries because it poses a threat to their control over the voting process. Ballot Measure 2 will transfer power from the party establishment to the voters. Times are changing; people are getting fed up with the status quo of our political landscape. In November, we have a chance to show the parties that we want more control over who gets elected. For the sake of our democracy, vote yes on Ballot Measure 2.

Jacob Begich is an election reform activist and a freshman at Georgetown University. He is the son of former U.S. senator and Anchorage mayor Mark Begich.