Will the Roadless Rule disappear? 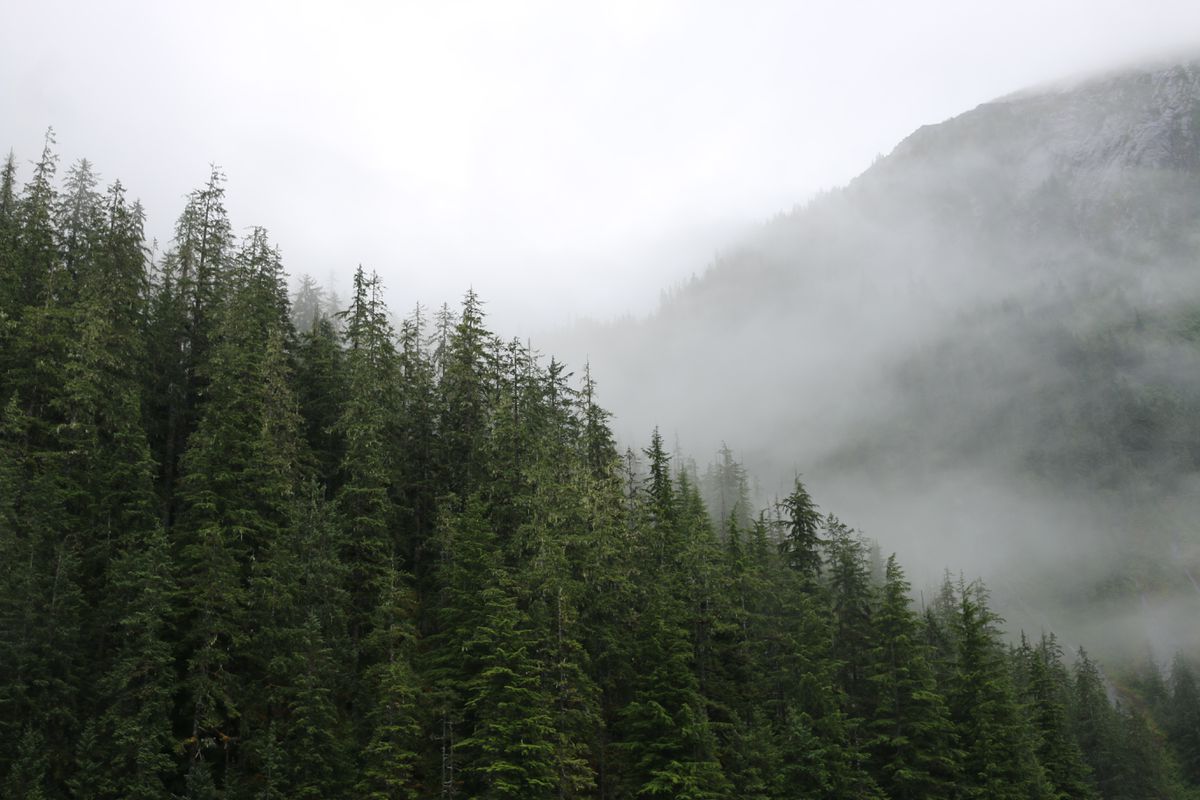 In 2001, President Bill Clinton approved an order prohibiting road construction in the undeveloped parts of federal forests. The “Roadless Rule” halted the transmogrification of Alaska’s old-growth rainforest, the Tongass, into the kind of devastated landscapes Alaskans sometimes see as they fly over the industrial forests of British Columbia and western Washington.

Opposition from politicians was immediate, most vigorously from then-Sen. Frank Murkowski. Murkowski grew up in Ketchikan in the 1940s and early 1950s, an era when declining salmon harvests put the local economy on the ropes. Establishment of a pulp mill in Ketchikan in 1954 was the community’s economic savior.

The Ketchikan mill was the direct result of federal subsidies. Federal timber was sold to local processors at below-market prices. Later, to offset rising logging costs, the government began allowing exports of unprocessed logs, yet the Alaska wood industry still declined, even during 2003 to 2010, when the Tongass was exempted from the Rule. In 2001, it accounted for 3% of Southeast Alaska jobs; today, 0.5%.

A few Alaskans, including U.S. Sen Dan Sullivan, still believe the fantasy that timber, freed from the rule, will bring jobs and economic renewal to Southeast. Sullivan also claims the rule has blocked projects to “connect communities, develop minerals and build vital energy projects,” but that’s also untrue. The U.S. Forest Service cites 38 mining, 10 power, and nine other roadless area projects approved as of 2018. It says most projects are approved within a month of submission to the chief of the Service.

Now roadless protections on the Tongass are about to be lost again. In 2018, the State of Alaska asked Agriculture Secretary Sonny Perdue to direct the Forest Service to revisit the Rule. Perdue agreed. Then in a 2019 meeting aboard Air Force One, Gov. Mike Dunleavy urged President Donald Trump to grant a full repeal.

Fisheries and tourism now dominate Southeast Alaska’s economy. Alaskans dependent on these sectors see lifting the rule as a threat. Public comments submitted on the proposed repeal made this clear.

“I have upwards of $5 m(illion) invested in my business,” wrote Keegan McCarthy, a master guide and operator of a small Southeast Alaska charter business. “The Roadless Rule allowed entrepreneurs such as myself to feel comfortable investing large sums of money and creating businesses, given the security it provided that we would have places to operate. Rescinding this is like pulling the rug out from underneath local businesses.”

Footed by taxpayers, the agency’s cost to lift the Rule is $4.2 million, about $21,000 for each of the 193 remaining timber jobs. But according to Taxpayers for Common Sense, that’s chicken feed compared to the $190 million the conservative nonprofit says will be wasted in the future from planned sales. That’s $98,000 per current wood industry worker. More will be wasted if roadless areas are opened.

Ninety-six percent of all public comments opposed lifting the Rule on the Tongass. Ditto 98% from Alaskans and resolutions passed by six Southeast Tribes and six city councils.

None of these comments seem to have mattered. Why? The government answered that question last month: “Development of federal policy is often inherently political. In this case, (the Department of Agriculture) gave substantial weight to the state’s policy preferences.”

Barring reversal of what appears to be the president’s personal decision, roadless protections on the Tongass are poised to disappear.

Legal authorities say a new President could reinstate roadless protections almost immediately. For Alaskans who support protections for Tongass old growth forests, the only remaining hope is that the November election brings a change in political leadership.

Gregg Erickson is an economic consultant with offices in Juneau and Bend, Oregon.

Correction: This opinion column has been updated to correct typographical editors inadvertently made during the editing process.