The empty promises of Ballot Measure 2 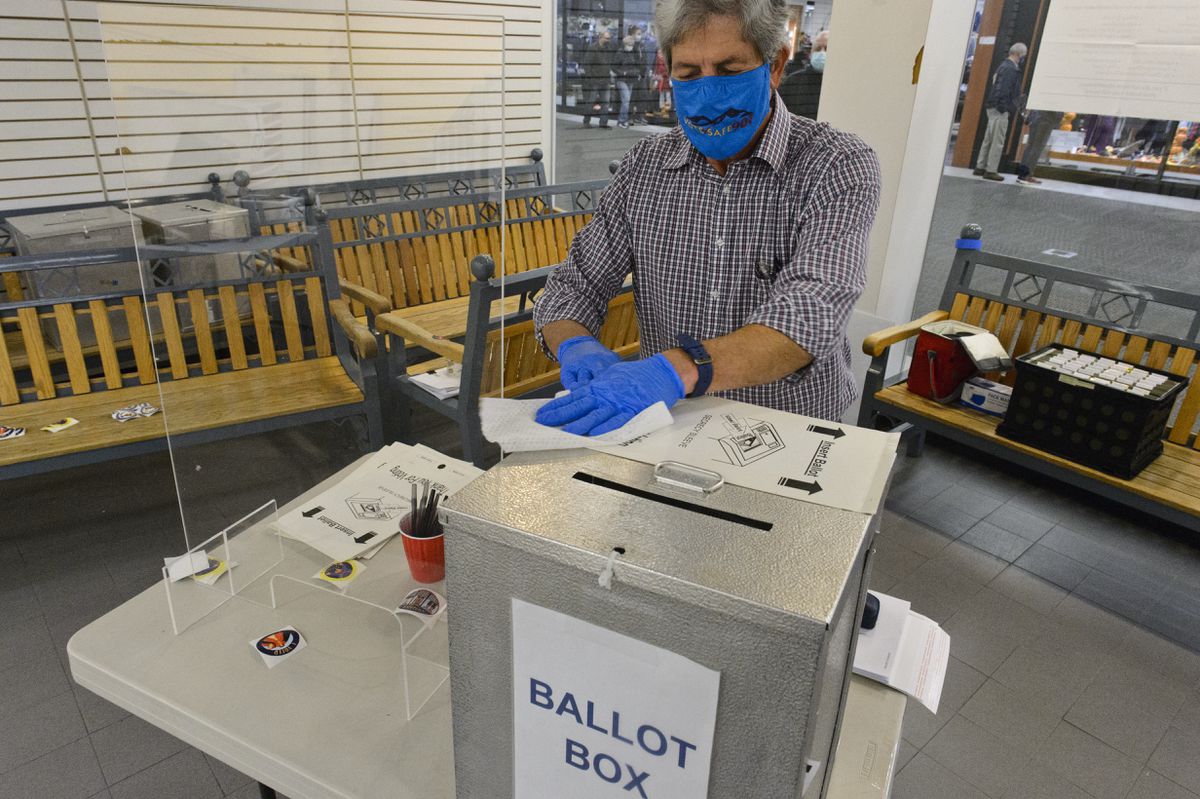 Election worker Chris Kilvay wipes down secrecy sleeves after ballots are slipped into the the collection box at the Midtown Mall on Monday, October 19, 2020. (Marc Lester / ADN)

Election worker Chris Kilvay wipes down secrecy sleeves after ballots are slipped into the the collection box at the Midtown Mall on Monday, October 19, 2020. (Marc Lester / ADN)

I spent four years overseeing Alaska’s elections as lieutenant governor. During that time, as well as my earlier years as a legislator, I developed a resolute appreciation for how much our representative government depends on an election process that is simple, transparent, impartial and honest.

I have reviewed Ballot Measure 2 — all 25 pages of it — and conclude that instead of what its proponents say, it is more complex, obscure and unfair. Its length alone challenges describing all its shortcomings.

Ballot Measure 2 offers the seductive promise that it will “…take back power from dark money special interests and give it to regular Alaskans.” Yet the irony is that it instead protects the power of Outside special interest groups to spend dark money. How so? Because it specifically exempts ballot measure groups from the rigorous disclosure requirements it would impose on groups that seek to affect the outcome of races for school board, assembly or council, Legislature and other offices.

The hypocrisy of this is stunning. To understand how it would work, consider the example of a small nonprofit group in Alaska that seeks to spend a nominal amount of money, say $750, to support a school board candidate. This group will be subject to stringent rules requiring disclosure of all of its large donors ($2,000 or more). Yet it would allow powerful Lower 48 special interest groups to dump millions of dollars of “dark money” into ballot measure campaigns, with no similar disclosure requirements. How is it fair to saddle small Alaska groups with demanding new rules while Outside billionaires continue to secretly funnel their money to influence our elections?

In addition, Ballot Measure 2 won’t affect the vast sums of money spent by Outside groups in races for U.S. Senate and House in Alaska. Some voters might be tempted to vote yes, thinking it will bring a merciful end to the avalanche of political advertising we are enduring. But it’s a false expectation. Most of the advertising right now is for campaigns for U.S. President, U.S. Senate, U.S. House and Ballot Measures 1 and 2. All of this spending would be completely unfettered and unregulated by Ballot Measure 2. If it passes, it won’t take long for voters to experience “buyer’s remorse.”

Let’s also consider its other major provisions – the open “jungle primary” and “ranked-choice voting.” Proponents say these changes will create a less partisan environment, which in turn will produce leaders who are more capable of solving Alaska’s difficult challenges. That’s a bold but false claim. We can look at other jurisdictions that have experimented with this.

California and Washington have primary elections similar to what Ballot Measure 2 proposes. Is the political environment in these states less toxic than Alaska? I don’t think so. Both states are besieged by rising homelessness, rampant traffic, unaffordable housing, civil unrest and many other problems. Where is the evidence that a “jungle primary” somehow produces a breed of political leaders that is wiser, kinder and more capable?

San Francisco has used ranked-choice voting for more than 15 years. Yet the city is plagued by problems its elected leaders seem unable or unwilling to solve. Maine is using this for its U.S. Senate race this year. A headline in the Oct. 2 Bangor Daily News tells how it’s working: “Maine’s U.S. Senate race is the most negative one in the country.” Are they doing better than Alaska? The grass is not always greener on the other side of the fence.

I do believe Alaska’s election system could be improved, but instead of this convoluted approach, we can apply practical, home-grown solutions that really work. Rather than shining light on the electoral process, Ballot Measure 2 makes voting more confusing and imports failed experiments from other states. I urge Alaskans to vote no.

Loren Leman served as lieutenant governor of Alaska from 2002-2006. He has also served in the Alaska Legislature.