Ballot Measure 1 lost, but it won’t be the last chapter in Alaska’s oil tax tug-of-war 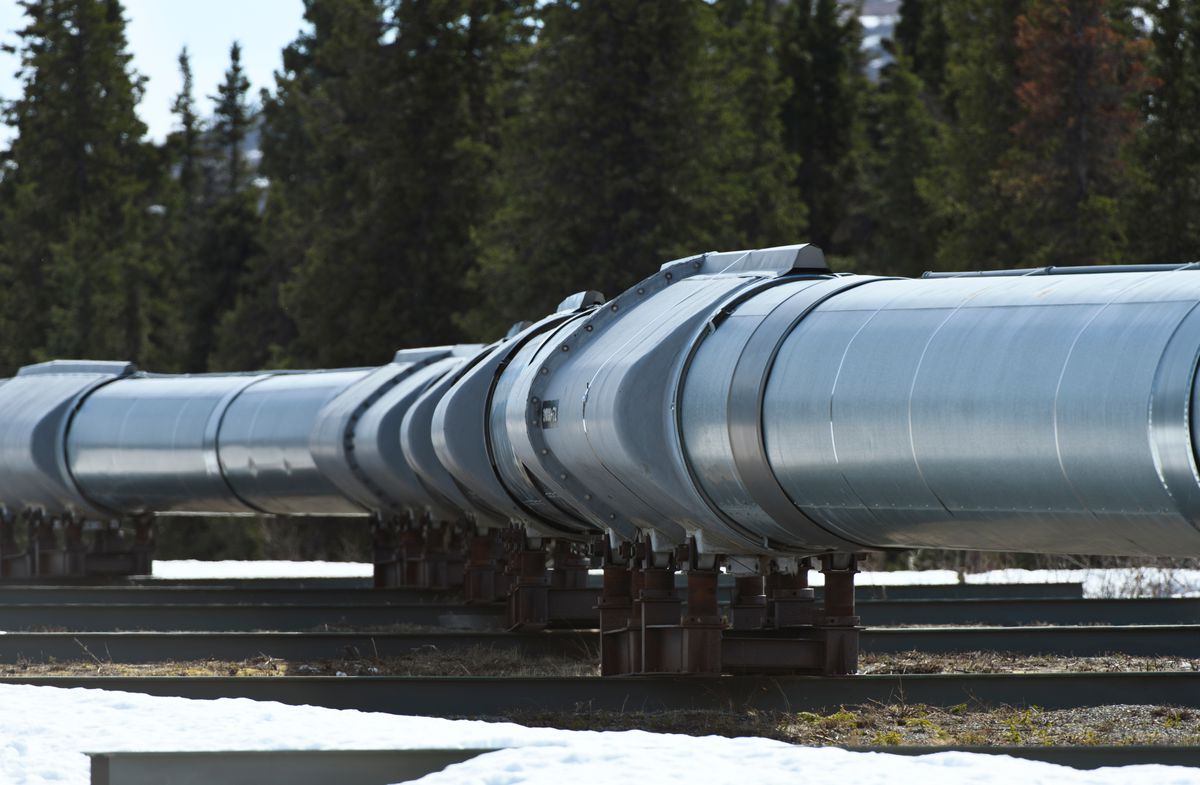 Alaskans have been arguing about oil taxes since oil began flowing from the big North Slope fields in 1977. Ballot Measure 1, the “fair share” tax initiative that appeared on the state’s November election ballot, and which lost, was just the latest version of this.

There are reasons Ballot Measure 1 lost. It was a complicated proposition that most voters saw for the first time when they filled out their ballots. Conventional wisdom is that when confronted with proposals they don’t understand, people usually say no.

Voters may also have felt uncomfortable raising taxes on the petroleum industry in the midst of recession, with its layoffs and low prices. The huge, well-financed campaign opposing it was a factor. But although Ballot Measure 1 lost, it will be back in some form. The issue isn’t laid to rest. Why is that?

I’ve often been puzzled by how Alaskans get polarized over oil taxes. It doesn’t happen in other states. Maybe it’s because the oil resource, which was initially huge, was found on public lands, so that royalties and taxes flowed to the state treasury and politicians doled it out the money. For years, oil paid for most of the state budget and annual income was in the billions. This was enough to focus attention, laser-like, on the tax system.

Things changed. Oil prices went up and down but mostly down in recent years, and oil production dropped to a quarter of what it had been. But old habits persist.

Alaska’s oil tax system is among the most complicated in the world, according to IHS Markit, a consulting firm associated with Daniel Yergen, the famed oil economist. In Alaska, only the economists and tax specialists in the Department of Revenue understand it.

Certainly few if any legislators comprehend it, although some legislative staff do and I’m thankful for that. It’s almost impossible for ordinary Alaskans to understand and judge it. This is a recipe for trouble.

To hold public trust, tax systems must be transparent and simple. Ours is not, with its system of production tax credits and other bells and whistles including something called the “Gross Value Reduction” that I won’t try to explain. All this breeds suspicion that big corporations can game the system, particularly when the Legislature makes a tax change to encourage new development that’s also favorable to industry.

Senate Bill 21, passed by the Legislature in 2013, is a case in point. Investment had dropped over several years despite $100-per-barrel oil prices, and the Legislature’s goal in SB 21 was to modify the tax system to entice companies to spend and find more oil.

It seems to have worked. We did get more drilling and more oil, but there was a public backlash and a campaign to repeal the change. It failed by just a whisker in 2014.

Suspicion remained, however, that SB 21 gave away too much, and this led six years later to Ballot Measure 1.

I was in the room as a reporter when SB 21 was crafted and its complicated changes were made. I recall thinking, as I sat in a committee room, that this would lead to problems because no one could explain it in plain words.

We used to have a pretty simple system — a tax rate that applied to the value of oil on the North Slope. The calculation started with sales prices in the market. Tanker and pipeline costs were deducted to arrive at the value in the oil fields subject to the tax. This is a “gross” revenue tax, because production costs were not allowed as deductions.

This worked for a while, but tinkering started as problems developed. To protect smaller oil fields while taxing big ones more heavily, legislators crafted the “Economic Limit Factor,” to reduce taxes on small fields. The ELF worked through an algebraic formula. I remember legislators nodding off when economists tried to explain it.

ELF worked for a while, but as time passed, more problems developed. In fact, problems developed with the entire gross revenue tax structure. At low oil prices, the producers’ share of the net revenue plummeted because they had to absorb the production costs.

The state’s share was much higher because it didn’t pay the costs. This protected state revenue during low price cycles, a plus. However, in times of high oil prices, the system allowed producers to capture most of the gain and the state very little.

In 2006 Gov. Frank Murkowski did a sweeping restructure of the tax system, switching to a net profits system so the state could share in the gains but also to cushion the producers when prices dropped. However, the Legislature retained a minimum gross revenue tax at low prices as a revenue floor, and a protection for the state. This made the overall system tilt in favor of the state, which got the upside gain but didn’t see as much a loss when prices dropped. There was less protection for industry on the downside.

Fast-forward through several more cycles. More tweaks, more complexity. In the era of $100-per -barrel oil the Legislature adopted a very aggressive “progressivity” feature that escalated the tax rate as prices rose. There were other complications, which led the Legislature to attempt fixes through SB 21, which complicated the system further.

To complete the story, while all this was happening, small independent explorers pushed a series of changes to a long-established exploration tax credit program, which was separate from the state production tax. While well-intentioned, this got out of hand. Changes were made almost every year to the credits. They were intended to help find oil, but the cumulative effect was for the state to pay, in cash, 60% to 70% of the cost of drilling.

Large North Slope producers were not eligible for this, but some small companies based business plans on the tax credits. Many went bankrupt. This deepened public skepticism of the tax system.

It’s not clear how much new oil and gas resulted from the exploration tax credits, but Gov. Bill Walker and the Legislature killed the credits after state revenues fell in 2016. The state is still stuck with about $800 million in unpaid credits owed the companies and their banks.

Where does all this end it up? To build public trust, it would be best if we could simplify the petroleum tax system. A nice goal, but unlikely to happen, in my view. That’s because people know that what goes into the Legislature comes out as something different. It’s just too unpredictable.

Unfortunately, complexity will remain and the public — and most of the Legislature — will never really understand the system. I believe we’ll be arguing over oil taxes until the last tanker is loaded.