Oil tax initiative fails, pushing question of where to look for new revenue sources back to Alaska Legislature 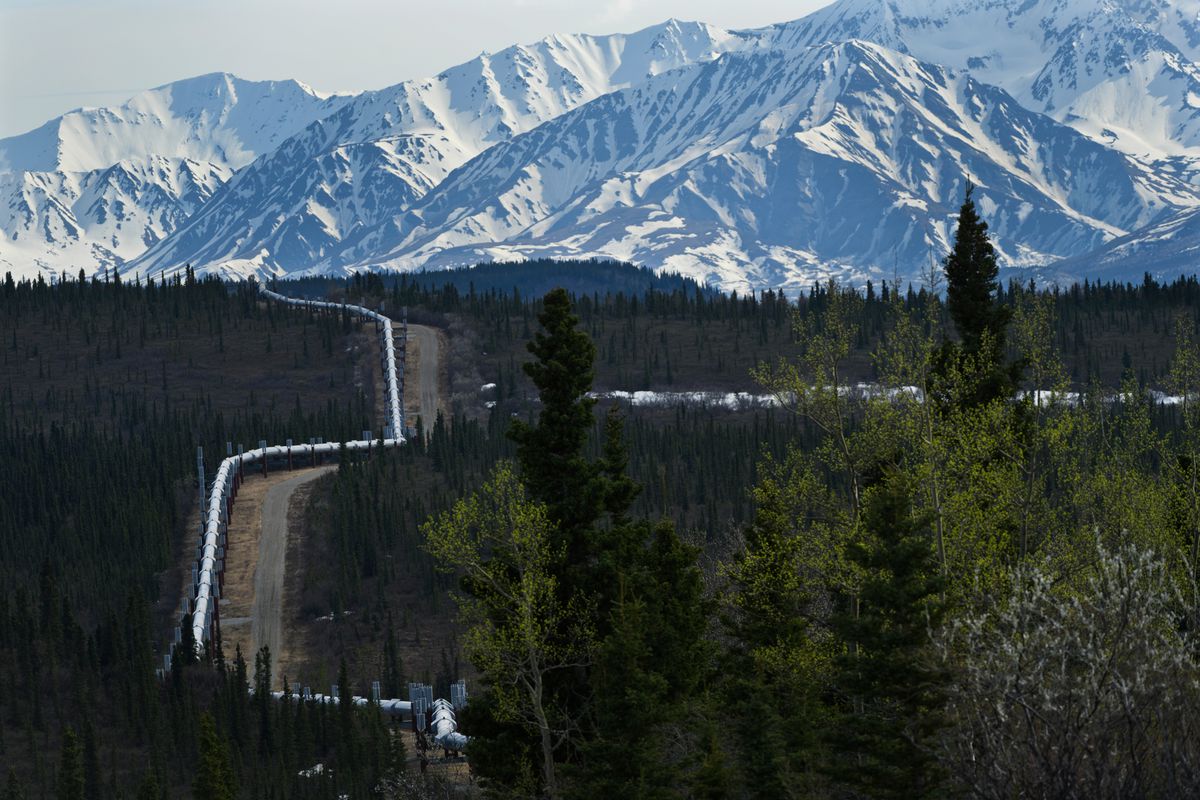 The citizen-led effort to boost oil taxes on Alaska’s three leading oil producers has failed at the polls, both sides said this week, removing a potential revenue source that could have helped Alaska leaders balance the budget.

With oil prices predicted to remain low, Ballot Measure 1 was not expected to produce enough revenue to close next year’s deficit — anticipated at $900 million if the state provides a partial $1,000 Alaska Permanent Fund dividend to Alaskans.

But supporters say the measure, also called the Fair Share Act, would have helped if it had passed.

“The election hasn’t changed the problem,” said Robin Brena, chair of Vote Yes for Alaska’s Fair Share and an oil and gas attorney. “We still have a massive state deficit."

Results on Monday night showed the ballot measure down 58-42, trailing by more than 50,000 votes, nearly two weeks after the election.

“It’s clear that Alaskans have decided that Ballot Measure 1 is not the right choice for the state,” said Kara Moriarty, campaign manager of the main opposition group, OneAlaska — Vote No on 1.

A flood of advance ballots submitted during the COVID-19 pandemic led to the election result being delayed. While some ballots remain to be counted, there aren’t enough to push the measure ahead, Moriarty said.

The measure targeted ConocoPhillips, ExxonMobil and Hilcorp. The three companies, as well as BP, which is working to sell its Alaska assets to Hilcorp, contributed the vast majority of the $24 million raised by the campaign opposition groups, according to reports filed in the contest’s final days.

The opposition sharply outspent the Vote Yes group, which raised more than $1.5 million in contributions, mostly from Brena.

The overall spending was the most-ever on a ballot measure in Alaska, political observers say.

Sen. Bill Wielechowski, D-Anchorage, who helped draft Ballot Measure 1, said the opposition should now follow through on one of its lead arguments: Discussions about higher taxes on the industry should take place before the Legislature, not at the ballot box.

The industry should be part of the conversation in front of the Legislature that convenes next year, he said.

“My hope is industry will come to the table and be a good-faith partner with the state and ensure Alaskans get a fair share for their resources without doing anything detrimental to the industry,” he said.

But other state lawmakers said it’s too early to comment on potential fiscal proposals. Republicans will hold majorities in the House and Senate, but it’s uncertain how the chambers will organize.

“Waiting for the governor to drop his budget next month,” said Sen. Natasha von Imhof, R-Anchorage, by text.

Sen. Pete Micciche, R-Soldotna, did not return requests for comment.

Rep. Sara Rasmussen, R-Anchorage, said election outcomes still need to be finalized in some House districts, and the House and Senate still need to organize, before determining policies to pursue.

“Everything in the Legislature is about the art of the possible, and you have to get 21 and 11 (votes in the chambers),” she said.

Moriarty said the oil industry will be available to discuss the ramifications of proposals that come before the Legislature. The industry has shed thousands of jobs this year.

“I have no doubt that oil taxes will be part of the conservation in the Legislature,” she said. “I would not say our industry has had a miraculous economic recovery from the pandemic, so any (proposal) needs to be examined and reviewed, and the Legislature tends to be a better format for that, because you have independent consultants who come in, and you have hearings and dialogue where all viewpoints can be presented.”

The oil industry is Alaska’s largest source of private-sector revenue, and the state lacks both a personal income tax and statewide sales tax.

Aaron Schutt, president of Doyon Inc., an Alaska Native regional corporation that provides drilling services to the industry through subsidiary Doyon Drilling, was a key supporter of the Vote No side, appearing in presentations for the group.

Early last month, during a discussion with the Daily News editorial board, Schutt said that lawmakers need to look across industries and beyond just cuts to solve Alaska’s budget problems.

Bill Popp, a co-chair of OneAlaska and president of the Anchorage Economic Development Corp., said the Legislature and governor must come together and look to balance potential cuts with possible new revenue sources that aren’t “onerous” to a single industry. They should look at everything for additional income, he said, including the Permanent Fund and individual taxes.

“Nothing should be off the table until they find the right balance," he said.

Moriarity said her side focused on presenting facts about the measure’s impacts.

Wielechowski said polls had indicated a close contest initially. But momentum shifted against the Vote Yes side after Doyon and other Alaska Native corporations came out against the measure, their views amplified by ads paid for by the oil industry-backed opposition, he said.

Brena said that without additional revenue from oil taxes, the public needs to be ready for proposals that may include a personal income tax and continued cuts to their annual dividend.

“There’s not a lot of choices,” Brena said.