The ANWR lease sale: What’s at stake for Alaska? 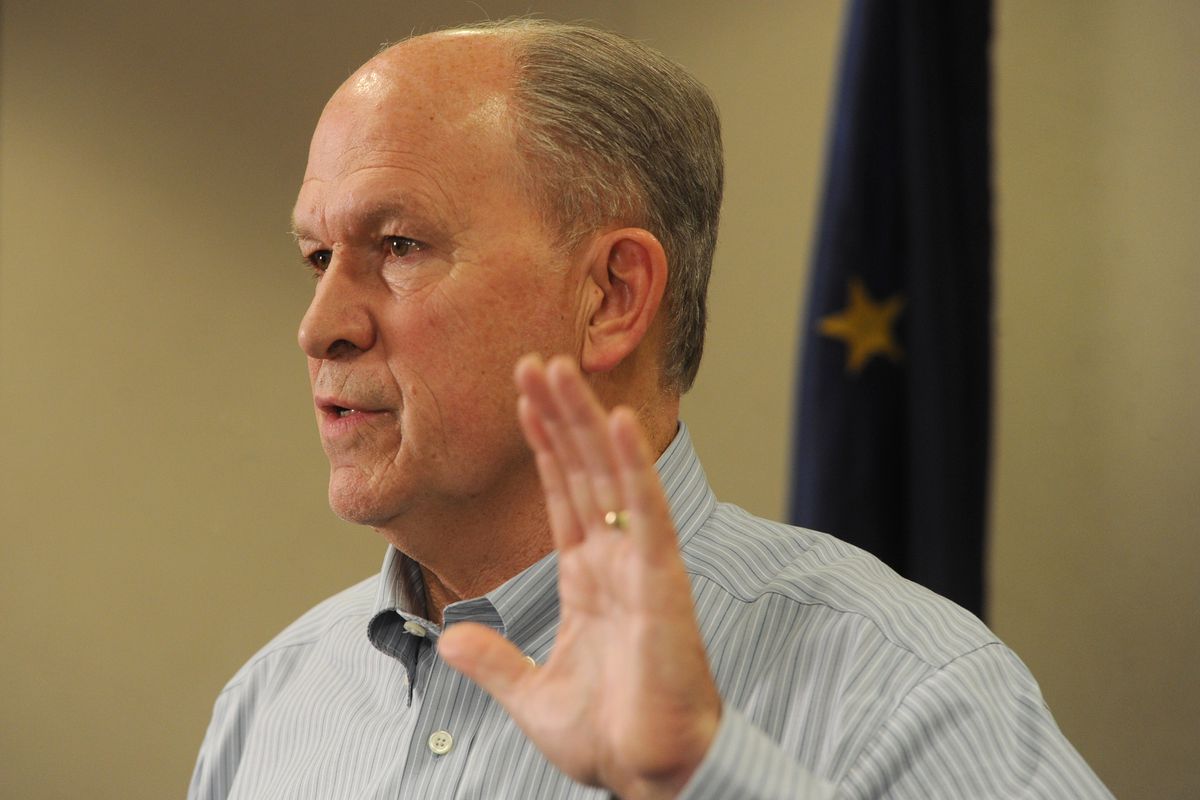 Then-Gov. Bill Walker addressed the media in his Anchorage office on Sunday, Jan. 25, 2015, and expressed his anger with the Obama administrations attempt to designate the Arctic National Wildlife Refuge as wilderness. (ADN Archive)

Then-Gov. Bill Walker addressed the media in his Anchorage office on Sunday, Jan. 25, 2015, and expressed his anger with the Obama administrations attempt to designate the Arctic National Wildlife Refuge as wilderness. (ADN Archive)

When Alaska fought for statehood, it was an uphill battle. The final vote in Congress in 1958 was far from unanimous. The opposition focused on the vast size of Alaska and concerns that the federal government could not possibly provide the same level of infrastructure in Alaska it does in the Lower 48. However, Congress ultimately recognized that Alaska is a resource rich state that could live off revenues, such as royalties and taxes, from the development of these resources. This recognition resulted in the Statehood Compact, whereby 103 million acres were to be transferred to the state of Alaska, along with the mineral rights for these lands — a unique endowment for a state. Alaska would share the mineral revenues with the federal government and would fund state government operations from its share of revenues and establish an independent economy. That was the deal we made with the federal government — and we’ve kept our side of the bargain.

When the Alaska National Interest Lands Conservation Act expanded the Arctic National Wildlife Refuge, or ANWR, and placed eight million acres of the Refuge in protected wilderness status in 1980, the legislation also included language in Section 1002 that specifically called for oil and gas exploration in the 1.6-million-acre Coastal Plain of ANWR. The original royalty split was Alaska with 90%, federal government 10%. That has since been changed to a 50-50 split. However, since the 1980s, there has been constant frustration of the spirit and intent of Section 1002 of this legislation.

As Congress finally took action to recognize the potential of development on the Coastal Plain in 2017, I was honored to provide testimony before the U.S. Senate Energy Committee, chaired by Sen. Lisa Murkowski, alongside Congressman Don Young and Sen. Dan Sullivan. In my testimony, I explained that the projected revenue to the state of Alaska from royalties and taxes from the development of the 1002 Area, over the projected 40-year life of that development, was estimated to be $175 billion, more than $4 billion annually. Perhaps the most impactful testimony came from Matthew Rexford, tribal administrator of the Native Village of Kaktovik and Aaron Schutt, president and CEO of Doyon Ltd.

Rexford described some of the economic challenges and difficult living conditions in his community which sits within the 1002 Area. He explained that since the 1980s “our people have fought to open our homelands to responsible exploration” of oil and gas. When one member of the Senate Committee raised concerns about the number of wells that would need to be drilled, Aaron Schutt gave an excellent explanation of the state-of-the-art drilling techniques used on the North Slope where multiple extended-reach wells can be drilled from very small pads. He also presented a large photo of an exploratory drill site on the North Slope in the winter, with an operational pad made of ice. The next photo showed the exact same location in the summer, with not a single tire track or any sign of development or environmental disturbance. In attendance were representatives from the Gwich’in Tribal Government, who have voiced their opposition to exploration in the 1002. I spoke with them after the hearing and I was convinced that their concerns must be taken into consideration in any development plan — preferably around a coffee table, not in a courtroom. Every trip I have made to Prudhoe Bay, I have been impressed with the extremely high environmental standards employed in the work there. Alaskans are the biggest defenders of a safe and clean environment in our beautiful state. We have the most to lose if there are environmental damages.

Since the legislation was enacted in 2017, the Department of the Interior has conducted a multi-year analysis on how to responsibly administer leases in the 1002 Area that would protect the environment. The Trump administration has recently started the process to hold a potential lease sale early next year. For a number of reasons, I strongly believe this may be Alaska’s only opportunity for exploration to occur in the 1002 Area. If this will be the last time this opportunity comes our way, the state of Alaska should take a much more active role. Here we sit with a significant deficit and oil throughput in our pipeline down from 2.1 million barrels per day at its peak to often under 500,000 per day with likely continued decline. This equates to diminishing state revenue and increasingly perilous financial stability. We cannot afford to sit this out and risk keeping the 1002 Area being locked up into perpetuity.

There is some speculation that the upcoming lease sale will not attract a sufficient number of bidders and that the federal government will maintain the control over the area that we have fought long and hard to responsibly develop. To prevent this, the State of Alaska should submit a minimum bid on every tract put up for lease, not to compete with other bidders, but to ensure Alaska is at the table in the event there are few to no bids submitted. This would assure that the leases would then be under state or private control and the state would be positioned to transfer its holdings to private control in the future. If we hold leases and a future administration impedes our opportunity to develop them responsibly, then the federal government needs to show up with its checkbook to compensate Alaska for the losses had its 1002 leases been developed as allowed under the law. That is what happens when someone’s physical property is taken by the government for a governmental purpose and this should be no different.

You can’t always schedule opportunity, and this opportunity will slam shut if we allow it to. The state of Alaska must act now to secure this long-sought chance to put our people to work, build up our communities and infrastructure, and provide the economic stability we desperately need in these uncertain times.

Bill Walker served as the 11th governor of Alaska from 2014-2018. He lives in Anchorage with his wife Donna.