Look forward, Alaska, not back 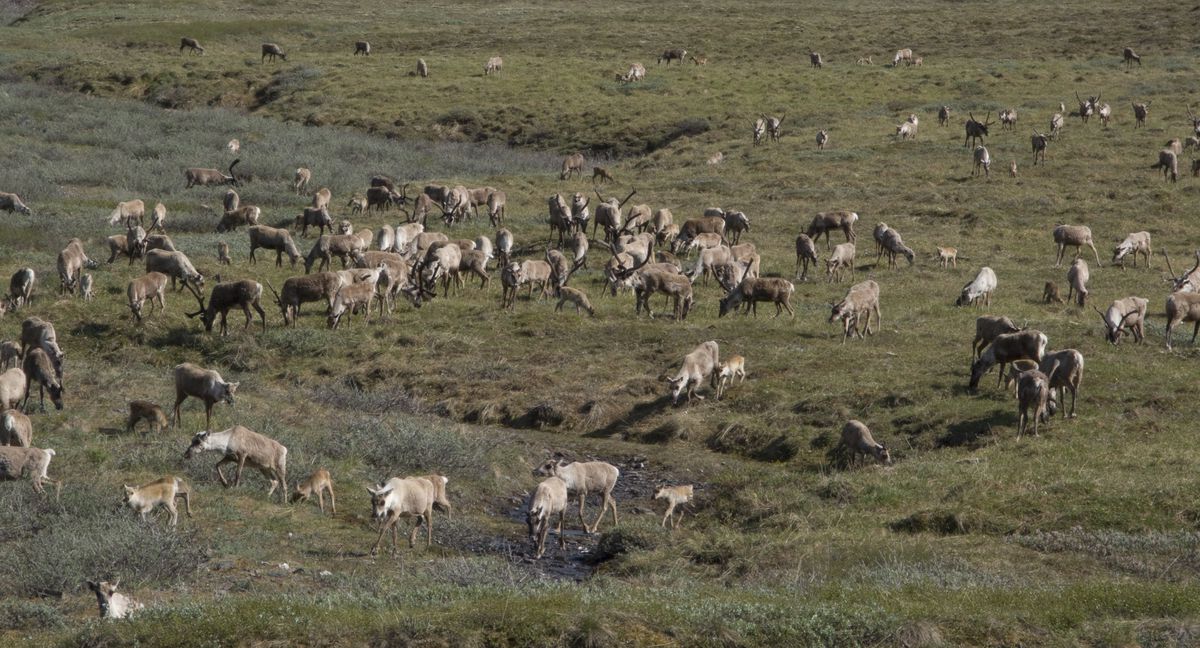 Caribou from the Porcupine herd gather in a drainage of the Brooks Range in ANWR, June 2009. (Richard J. Murphy / ADN archive)

Caribou from the Porcupine herd gather in a drainage of the Brooks Range in ANWR, June 2009. (Richard J. Murphy / ADN archive)

Alaska is epic. We’ve got a lot of good going for us, and I believe we’ll figure out a way to have a bright future. That said, we also have a long history of failed megaprojects and failed attempts by our state politicians to manipulate the free market. Now, faced with a legally questionable and flawed plan to sell more than 1 million acres of the Arctic National Wildlife Refuge for oil and gas development, the Alaska Industrial Development and Export Authority (AIDEA) is deciding whether to rescue this fatally flawed lease sale. AIDEA should swiftly reject such an idea and focus instead on serving the public interest, by helping to build a sustainable future for us Alaskans.

Growing up in Alaska, I’ve seen what oil money can do. I’ve seen how state revenue has maintained our roads, built new schools and provided opportunities for Alaskans. I’ve also seen what the past decade has brought us as oil prices have collapsed and the oil industry has focused on less risky and more profitable unconventional oil plays down south. It’s impacted the quality and outlook for our roads, our education systems and our economy.

No amount of political posturing, press releases or opinion pieces by former governors will change the economic reality that Alaska is in the midst of a transition. Geology dictates where oil can be found, and economics determines whether that oil is then produced. The handwriting is on the wall — no one thinks that another Prudhoe Bay will be found and developed in Alaska’s Arctic Refuge.

ANWR drilling proponents promised hundreds of thousands of jobs and billions of dollars in revenue to the state and federal government. Arctic Power — a trade group pushing for Arctic Refuge drilling — claimed as recently as 2014 that the state and federal government could expect $4-6 billion in revenue from a lease sale. Today, AIDEA — a semi-public independent corporation of the state — is considering spending as much as $20 million on tracts. What a difference six years makes — instead of making billions, today we learn we may well be spending money to make an Arctic Refuge lease sale happen. This doesn’t add up.

Consider that six of the largest U.S. banks have said “no” to financing Arctic Refuge leasing. They’ve come to the conclusion that such an endeavor is too risky, and not likely to be profitable or ever come to fruition. They’ve also sided with scientists who acknowledge how climate change will impact the future of worldwide economies, and heard the voice of Alaska’s Gwich’in people, who have steadfastly argued for a future that protects and value their way of life and reliance on the Porcupine caribou herd. The largest players are looking forward, not back, for solutions to our troubles today. We need to keep up.

It’s no wonder AIDEA — the grim reaper of Alaska’s megaprojects — is on the scene. AIDEA has operated as a government slush fund that has a disastrous track record of projects behind it. Just consider the Susitna Dam, or a never-used barley terminal in Seward, or an Anchorage seafood processing plant that was never economically viable, all of which AIDEA funded. Last March, AIDEA denied $2.5 million for Alaska’s blood bank, while simultaneously providing $35 million for the Ambler road to nowhere, claiming that it was necessary as part of a COVID-19 response plan. These projects lost tens of millions in cash and potential resources that could have benefited our state.

What we need today is a reality check. We need to connect these dots and make the most of what we are facing today. Alaska’s public lands provide endless opportunities and define an Alaskan way of life that is worthy of protecting for future generations. These places can also serve as a bedrock of a modern economy. Clean air, lands and waters are only becoming scarcer, and tourism, fisheries, renewable energy, and robust education systems can be our future. To get there, we need to move past the obviously false promises from Alaska’s elected leaders and protect places like the Arctic National Wildlife Refuge — not fund their destruction.

Andy Moderow is a lifelong Alaskan and State Director for Alaska Wilderness League, a group that advocates for Alaska’s public lands and waters.

Andy Moderow is a lifelong Alaskan and executive director of Alaska Conservation Alliance.