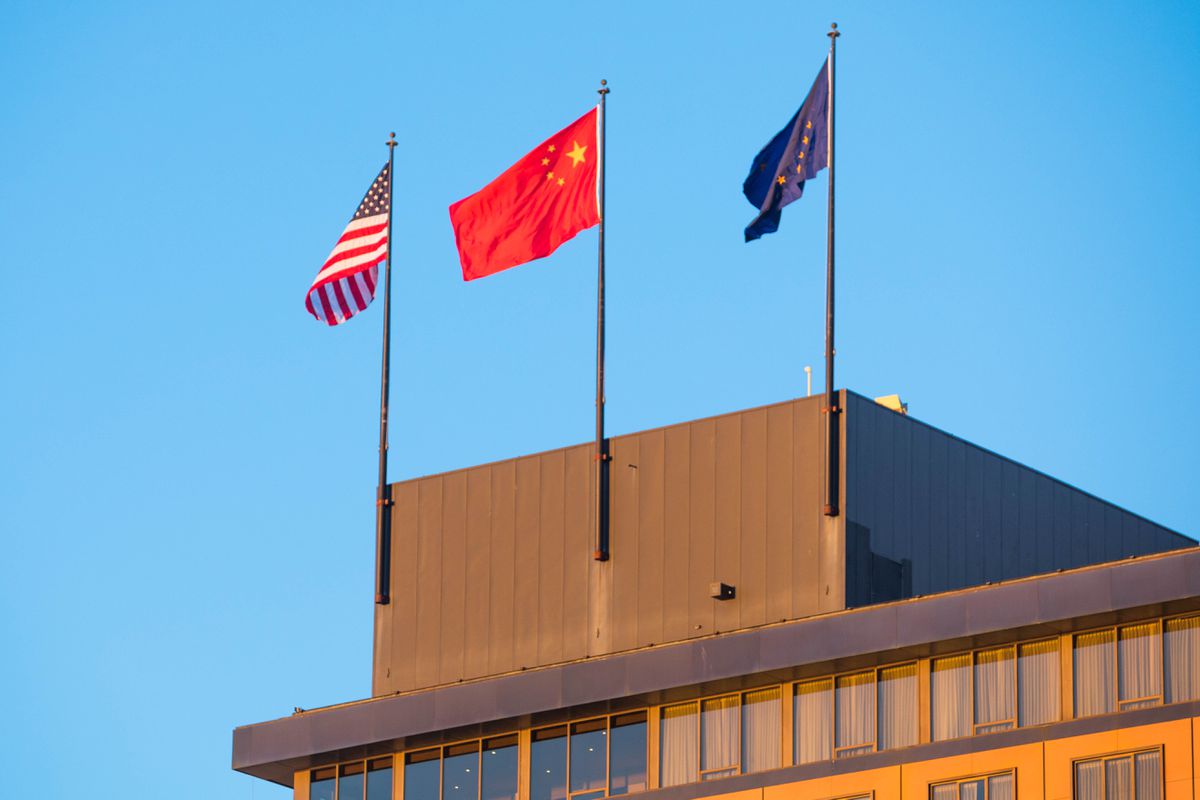 Alaskans should offer a warm welcome.

Anchorage is convenient and symbolic, close to halfway between Washington and Beijing. Blinken will fly to this meeting from Asia, where our new Secretary of Defense Lloyd Austin is also traveling. Visiting Indo-Pacific allies on their home ground, but meeting China here, underscores our political and defense ties with Japan, South Korea and India.

In Anchorage, a U.S.-China agenda for engagement — if not cooperation — will be developed for the next few years. While Alaska-China issues are not the main event, Alaska has much at stake.

Our state’s economy is quite dependent on trade with China, Japan and Korea. An understanding of Pacific market impact on our international airports, our fishing, mining and energy and tourism industries, will — hopefully — impress the teams here from both sides of the Pacific. Alaskans compete to sell goods and services to China, and Chinese businesses compete in Asia to buy goods, services, and to sell equipment to us.

Asian cooperation helps put key infrastructure in place to diversify and strengthen Alaska’s export economy. Pending Alaska projects — Arctic ports near Nome, liquefied natural gas export from the North Slope, new mines in several regions of Alaska, and new rail links that can expedite containers to and from the Lower 48 — all have a potential Asian component. Statements of support by leaders on either side could help, as Alaskans seek new use, offtake, fabrication sources or investment commitments for these projects.

The big geopolitical issues to be addressed at the meeting may also color our “regional” relationship. These include climate change, trade friction, the pandemic, concern about China’s treatment of Hong Kong and Taiwan, and China’s power projection in the South China Sea that could deny free passage in one of the world’s busiest shipping lanes. We seek cooperation in dealing with nuclear North Korea and Iran. U.S. leaders will likely reaffirm U.S. goals of promoting democracy, human rights and the rule of law in global affairs, which should never be in doubt.

Alaska and the Arctic can contribute to better U.S.-China relations in at least three areas:

1. Our location is key to efficient, ecologically friendly global transportation: Alaska airports are vital to China’s global trade now, not just with the Americas, but with Europe. Alaska wants to expand our role in air cargo transport, re-establish direct passenger flights and reopen tourism between our countries. On sea and land, the U.S. and China can both benefit from secure and reliable Arctic seaways (Congress has now set up a committee to design such a system), U.S.-based icebreakers and ship services like fuel, as well as expanded Alaska ports and rail links.

2. Our resources can help solve the climate change challenge: Our fishermen have a major market in China now. Expanding our seaweed and shellfish production can grow our exports and soak up carbon from the atmosphere at the same time. Our hard rock mines, like Red Dog near Kivalina, and pending mines, like Graphite One near Nome, can help build batteries for electric cars and energy storage. New carbon sequestration technology can be tested here, and renewable power methods tested here are being used elsewhere. Our vast North Slope natural gas reserves, which can move by LNG tankers through the Arctic without an expensive pipeline, get one of the best climate scores. Alaska gas is produced from conventional wells, to be super-cooled with more efficient liquefaction technology. Alaska LNG is closer to Asia than other U.S. sources, most Russian and Qatari sources of LNG. On a net basis, Alaska LNG for electric power in Asia produces much less greenhouse gas emissions than coal and less than many other LNG sources.

3. Peace and security depend on respecting international norms and rule of law: U.S. officials have pronounced Russia’s rules requiring restricting traffic on the Northern Sea Route as illegal. In principle, China — with its commercial vessels carrying goods all over the world — should support U.S. efforts to maintain freedom of the seas in the Arctic. As the U.S. intensifies efforts, by building icebreaking Polar Security Cutters, to protect passage in the Arctic, an understanding with China could help the Arctic Ocean, and other oceans, remain a peaceful place. Despite recent Russian-Chinese military exercises in the South China Sea, we should not assume that Russia and China have the same views in the Arctic.

Mead Treadwell was lieutenant governor of Alaska from 2010-2014. He co-chairs the Wilson Center Polar Institute Advisory Board and is in businesses actively developing Alaska LNG, new rail links and Arctic cross-border investment.