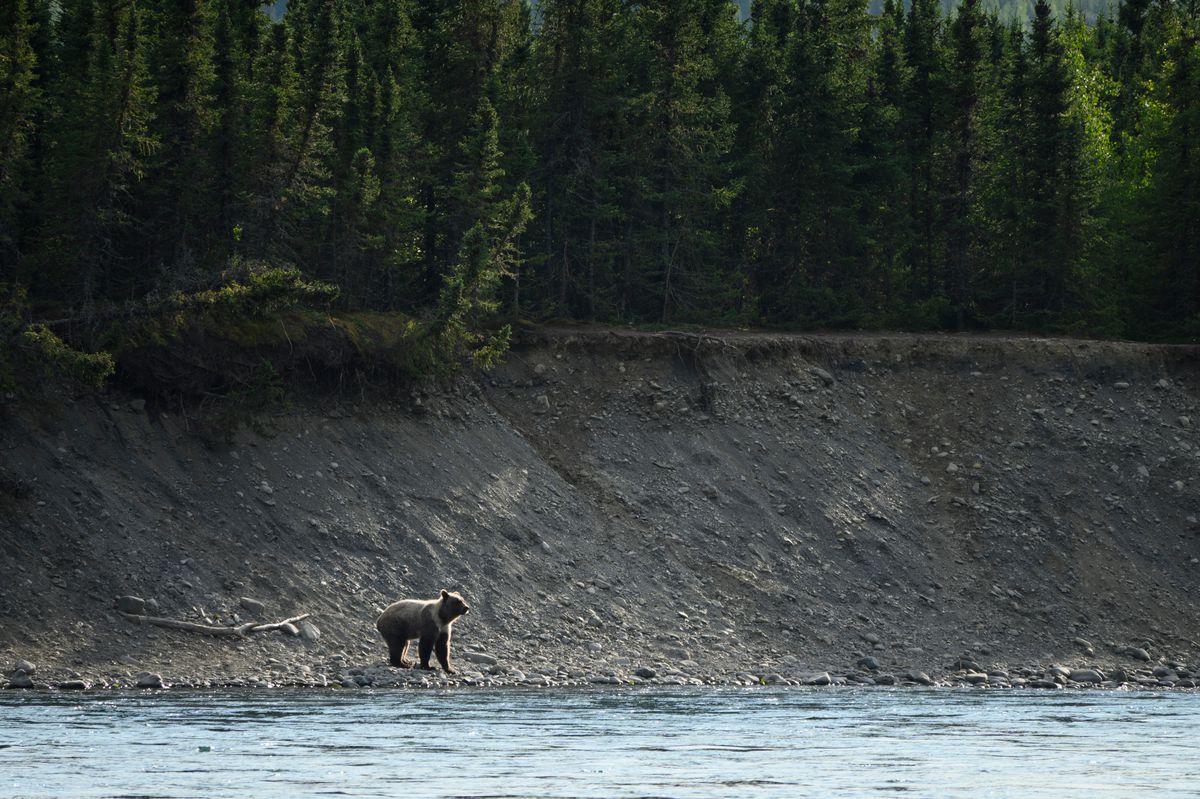 A brown bear yearling ran back and forth along the south bank of the Kenai River on July 30, 2020. People fishing at the time moved away as the bear approached. (Marc Lester / ADN)

A brown bear yearling ran back and forth along the south bank of the Kenai River on July 30, 2020. People fishing at the time moved away as the bear approached. (Marc Lester / ADN)

Alaska’s wildlife management system is rigged, and it shows little, if any, signs of changing. Still, there’s always hope that Alaska’s system will one day be transformed into something that more closely reflects the values of most Alaska residents, though I’m less and less confident it will happen in my lifetime.

One small step in that direction would be for the Alaska Legislature to deny Gov. Mike Dunleavy’s appointment of Lynn Keogh Jr. to the Alaska Board of Game (BOG). Another step — this one even more critical to substantial, long-term change — would be the confirmation of someone who’s not primarily a hunter, trapper or big-game hunting guide. Someone, in short, who would give the seven-member board a teensy bit more balance, as state statutes mandate, but state politicians routinely ignore.

Before getting to the bigger problem of diverse representation, I’ll share some observations and thoughts about Keogh. If rejected by the Legislature, it wouldn’t be the first time. Legislators denied Keogh a place on the board in 2012, a rejection mostly tied to Keogh’s own bad behavior (including violations of state regulations), his curt dismissal of those violations as mere “hiccups” and a sense he was being dishonest when questioned about certain past wrongdoings.

I know all this because I wrote about it, in a commentary headlined “Alaska’s broken and corrupt wildlife management system needs fixing.”

Nine years later, that system may not be as corrupt, but it remains broken, just as it’s been for much of the past three decades. (I’ll note here that I’ve followed and written about Alaska’s Board of Game for more than 35 years, first as an outdoors writer and reporter for the Anchorage Times, then — since the early 1990s — as a nature writer and wildlife advocate. There was a time when the game board exhibited some semblance of balance in the wildlife-management views its seven members represented. But that hasn’t been true since Tony Knowles’ term as governor ended in 2002.)

I’m not sure why Keogh would even want to try again. Redemption, perhaps? I’m all for giving people second chances, if deserved. But from what I’ve been able to learn, Keogh hasn’t expressed any regret for his past state violations; in fact, friends and colleagues who attended a mid-March House Resources Committee hearing on his appointment report that Keogh insisted he didn’t recall the circumstances and appeared dismissive of attempts to question him on those matters.

Given such an attitude, it seems unlikely Keogh has learned anything from past mistakes — or his confirmation hearing of nine years ago — and is unwilling to accept responsibility for things he’s done wrong. Again, whether of not his violations were “serious” ones (a subjective thing), questions of character are raised.

There’s more. Back in 2000, a friend and fellow wildlife advocate who’s opposed to trapping, Kneeland Taylor, served on a Board of Game subcommittee to address the placement of large traps, easily capable of killing dogs, alongside popular recreation trails. The group’s purpose was to seek some consensus between trappers and other recreational users. Keogh also served on that subcommittee, and this is what Taylor had to say about his attitude: “Mr. Keogh started his comments at every meeting with a string of insults hurled at me and the non-trappers who also served. Ultimately (after more than a year of discussions) he agreed to absolutely nothing to address the problem of dogs being caught in traps on popular trails... so there was no consensus and no action taken by the Board of Game.”

Such hostility toward people with opposing viewpoints has been reported by others who’ve observed Keogh being dismissive of such perspectives. They also say he’s a poor listener.

Is this the kind of person we want serving on the BOG?

There’s plenty more to consider, and I expect that other examples will be presented to legislators before any vote on Keogh’s appointment, but for now, I’ll end with two more points.

In 2007, the Associated Press reported a story about Keogh being attacked by an adult female grizzly. The attack occurred after he’d shot and killed “a young grizzly” outside a den — a bear he’d watched for hours as it moved in and out of the den and which he knew to be a young animal. When Keogh and his partner went to check out (and skin) the bear, a larger grizzly — almost certainly its mother — charged out of the den and mauled Keogh until being shot and killed. The young bear, it turned out, was three years old, making it a legal kill, according to the story. But was this shooting of a 3-year-old cub an ethical, fair-chase kill? Not in my book. At best this incident raises further questions about Keogh’s judgment, as well as his attitudes toward wildlife and hunting ethics.

Finally, if confirmed, Keogh would represent Anchorage on the game board. I would argue that his values, activities and attitudes toward wildlife are in no way representative of the vast majority of Anchorage residents.

If the governor and Legislature want to add an Anchorage-area representative to the board, I’d suggest they consider someone who represents a non-consumptive perspective — for instance, a wildlife photographer or someone whose primary interests are wildlife viewing and the natural history of Alaska’s wild animals, maybe even someone who’s a wildlife scientist. But a trapper-hunter-professional guide? No way — especially when there’s already a devoted trapper on the Board of Game and other interests/perspectives aren’t represented.

And what about this possibility: If Keogh and another Dunleavy appointee are confirmed, four of seven game board members would have direct ties to Alaska’s big-game guiding industry. That shows how the system can be manipulated, with the guiding industry having way too much influence.

This leads me to the larger question of board diversity. In essence, the Board of Game has little or none, despite the fact that state laws which established the board make it clear that “The governor shall appoint each member on the basis of interest in public affairs, good judgment, knowledge, and ability in the field of action of the board and with a view to providing diversity of interest and points of view in the membership.” (My emphasis.)

It continues to amaze and frustrate me (and many other Alaskans) that, first, Gov. Dunleavy and several governors before him have refused to honor both the spirit and the letter of that law; and second, that members of the Alaska Legislature don’t insist on the mandated diversity and refuse to confirm any Board of Game appointees until the governor properly does his job.

This is not complicated stuff. Our elected state politicians have for far too long ignored or dismissed their responsibilities in this arena, which in turn has contributed greatly to the rigged system that in some very important ways continues to mismanage Alaska’s wildlife, particularly with its unacceptable and often unethical and inhumane predator-kill programs.

Ultimately, though, it’s up to us Alaskans who care about more balanced and ethical management of our state’s wildlife. If enough of us make our voices heard, things will change. And this is where I continue to hold onto hope. Someday, the necessary change will come. It would great for that change to start right now.

Anchorage nature writer and wildlife advocate Bill Sherwonit is a widely published essayist and the author of more than a dozen books, including “Alaska’s Bears” and “Animal Stories: Encounters with Alaska’s Wildlife.” He also writes a “City Wilds” column for the Anchorage Press.