Ballot Measure 1 is wrong for Alaska 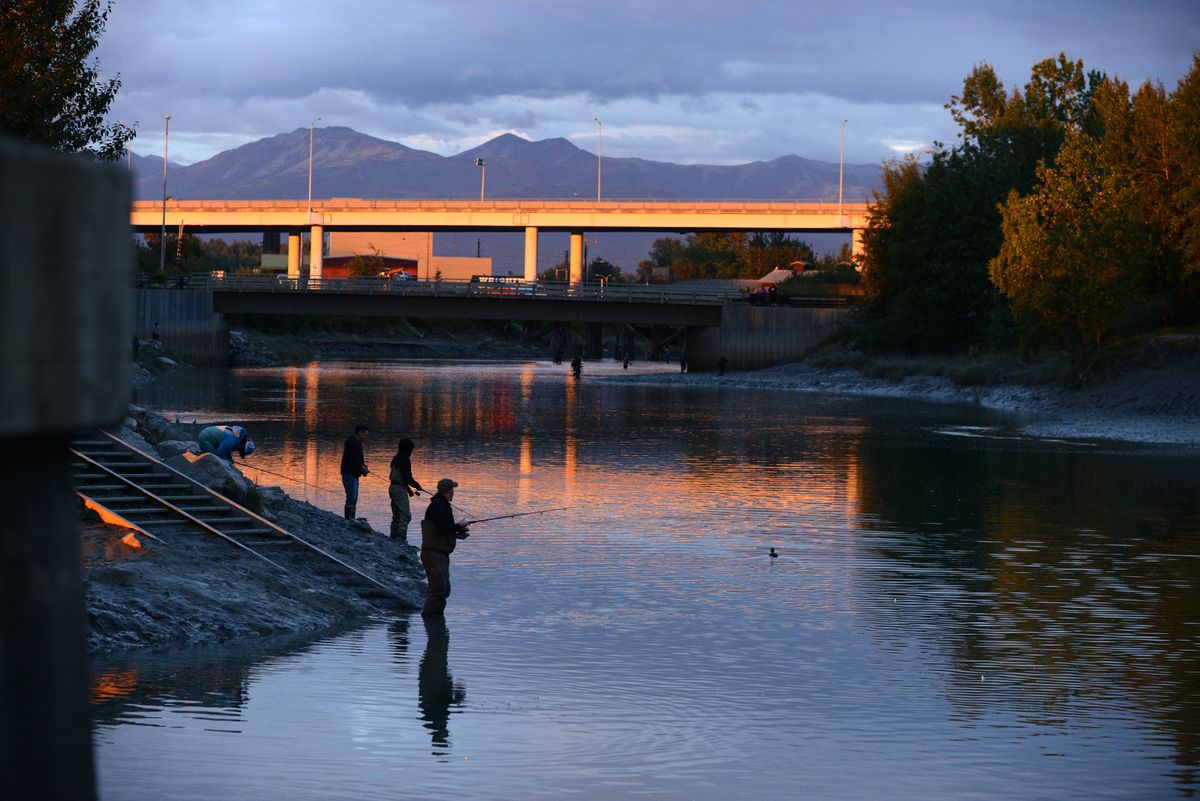 Fish, and particularly salmon, are Alaska's signature renewable natural resource. Since before statehood, protecting fisheries has been a key tenet of self-determination for Alaskans. Over-harvest of fish via traps at the mouths of salmon streams were a major driver for Alaska statehood, as outraged residents sought protections that would prohibit unsustainable fishing techniques.

Therefore, it's no surprise that a ballot measure revolving around fish management has been a political flashpoint this election season. The motivations of many of the measure's supporters come from a noble place, the goal of greater protection for Alaska salmon. But the practical impact of Ballot Measure 1 would be this: Improvement in salmon habitat would not be meaningful, but the negative impact on Alaska's economy would be substantial. Our state can't afford that.

Ballot Measure 1 is far too complex a mechanism to expect most voters to be able to make a fully informed decision in the voting booth. The initiative is a full eight pages of legal jargon. The percentage of those who read the entire measure before voting will be in the single digits; the percentage of people who understand it will be even smaller.

Recognizing this, the opposing sides of the Ballot Measure 1 debate have run as far in the other direction as possible and oversimplified the options to a pair of three-word slogans: "Stand for Salmon" with a yes vote, or "Stand for Alaska" by voting no. That doesn't offer much information — or much comfort — for the vast majority of us who believe we stand for both.

And really, those aren't our options. Approving the ballot measure would institute a new, much more rigorous permitting process for projects — whether resource development, transportation or municipal infrastructure — that could have an impact on water where fish could live. One of the most disruptive changes in the proposal is that all of Alaska's waters would be presumed to contain migratory fish until proven otherwise — and proving a negative is a long, costly process. It would also put limits on the kind of mitigation efforts projects could make to offset that impact. And, crucially, it would also provide several new steps in the permitting process that would allow for obstructionist lawsuits if people or environmental groups weren't satisfied that enough was being done, or to simply delay or derail good projects.

Effectively, this would hamstring any development opposed by a group or individual with deep enough pockets, as they would have an excellent chance at keeping it tied up in court long enough that it would become uneconomic, regardless of actual impacts on fish habitat.

In addition to threatening new projects, Ballot Measure 1 would threaten existing infrastructure that Alaska has relied on for decades. Most of the hundreds of habitat permits that have been issued for the trans-Alaska oil pipeline, Red Dog Mine, the Dalton Highway and every other major project on the North Slope and beyond have to be re-issued every five years. Each of those renewals would be subject to these new regulations, adding unnecessary cost, burden and uncertainty to good projects that have proven themselves to be in Alaska's best interest.

The choice Alaskans have as we enter the polls this year is not between strong protection for salmon and no protection. It is between the system we have, which has successfully provided for sustainable fisheries for six decades of statehood, and a new system that would greatly harm economic development for scant — if any — additional benefit to fish.

Alaska's salmon have had a tough year. But biologists tell us the problems affecting salmon returns lie in the Pacific Ocean, where Alaska's laws don't apply and we can offer no protection to the salmon that will one day return to our streams. Fresh-water habitat has been scrutinized, and not one study has shown that a properly permitted project has impacted salmon returns. Tightening salmon stream restrictions for a problem that takes place at sea would be like buying a security system for your barn to stop wolves from eating your sheep in the pasture.

For most Alaskans, the motivation to protect a signature natural resource is a default inclination, and a noble one. But Ballot Measure 1 isn't the right way to protect our salmon and other migratory fish. Those salmon have been amply protected by our laws, regulations and the biologists at the Department of Fish and Game for nearly 60 years of statehood. Imposing an overreaching system of regulation such as the one proposed by Ballot Measure 1 won't help fish, and it will hurt our state's recovering economy. Looking behind the bumper sticker slogans, the truth is clear: we can "Stand for Salmon" and "Stand for Alaska" by maintaining the existing permitting system. When Alaskans vote Nov. 6, we should vote no on Ballot Measure 1.