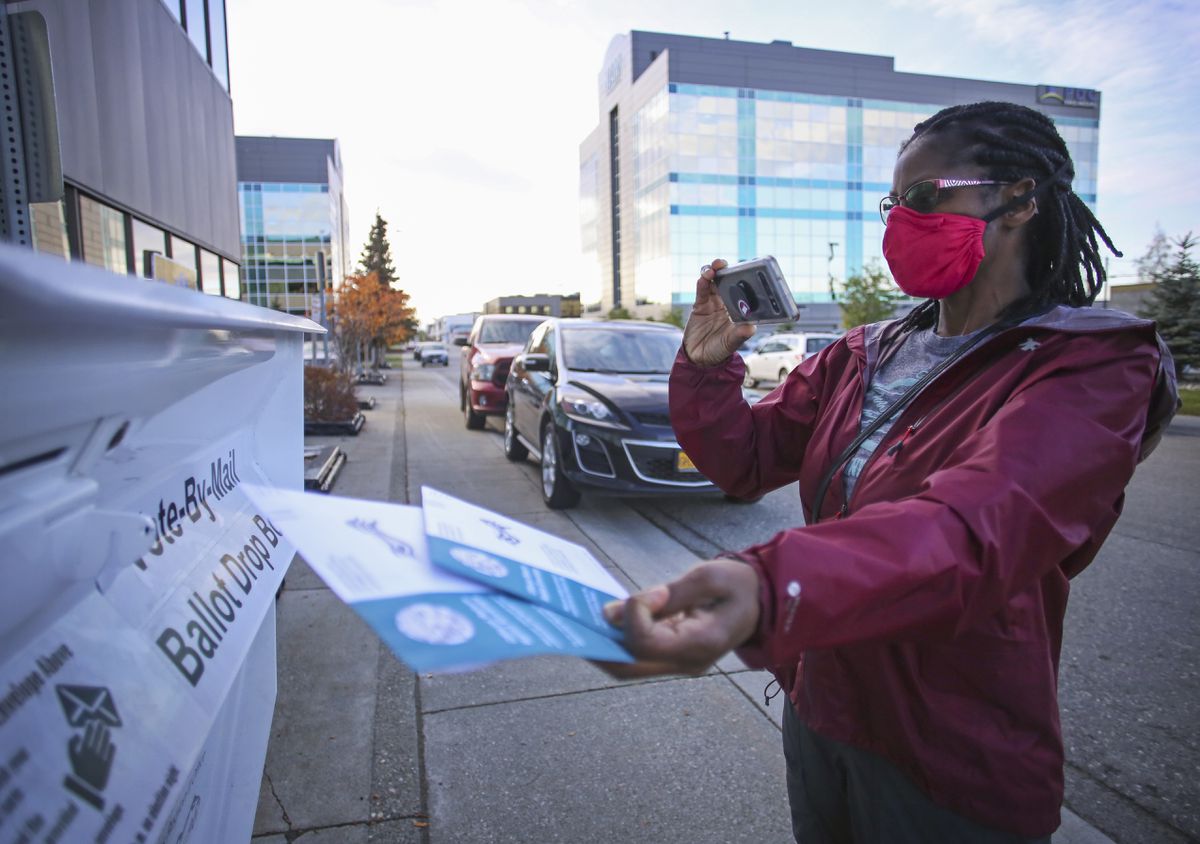 Can we make elections better? That’s the question Ballot Measure 2 seeks to answer. The three-part initiative would overhaul the primary and general election format in a way that could give Alaskans more choices on their ballots, but which opponents say would be confusing and potentially disenfranchising. The measure also looks to shine a light on hard-to-track “dark money” that’s widely blamed for making the electoral playing field susceptible to influence by deep-pocketed interests.

There’s plenty of evidence that our election process has fundamental flaws. In Alaska, the Republican and Democratic party machines exert outsized influence in our elections by using the current system to shape the eventual election outcomes. The two parties crowd out candidates from minor parties, force candidates to adopt policy positions and even remove certain candidates after the primary as they jockey for electoral advantages. The current single-party-ballot primary system rewards extremist candidates who appeal to a motivated fringe, not the vast majority of Alaskans in the center. We’re left with dysfunctional, negative politics funded by dark-money influence groups, parties that punish candidates for reaching across the aisle, and candidates so extreme that we’re left asking the question, “Is this the best we can do?” Of course it isn’t.

The question before Alaskans: Would Ballot Measure 2 help? We think so. Here’s our reasoning.

A return to all-candidate primaries

For most elections before 2000, Alaska had what was called “blanket primaries,” where candidates from all parties appeared on the same primary ballot and voters could pick any candidate to advance to the general election, regardless of the candidate’s or voter’s party. But a U.S. Supreme Court decision in 2000 ruled that method violated parties' right to exclude voters registered with other parties, so since then, Alaskans voting in the primary election have had to choose between a ballot with only Republican candidates or a ballot with Democrats and minor parties. Ballot Measure 2 would return Alaska to the way it used to be, with all of the candidates on one ballot. After the primary, the top four vote-getters would advance to the general election, regardless of party.

The primary system was intended to enable parties to put forth their strongest, most capable candidates that would appeal to the greatest number of Alaskans. In practice, the opposite often happens, much to our detriment. Only a tiny fraction of voters are motivated to turn out for the primaries, and they select candidates who represent the extremes in their parties. Alaska’s Republican primaries in recent years have been particular examples of this phenomenon: Those willing to reach across the aisle for the good of the state, such as Sen. John Coghill in Fairbanks — who, it should be noted, opposes Ballot Measure 2 — are rejected by primary voters as ideologically impure, leading to more extreme (and often far less qualified) candidates in the general election. After a few election cycles like this, legislators willing to compromise for the common good have become an endangered species.

Opponents of the measure have pointed to the fact that parties wouldn’t have guaranteed spots in the general election, so in some places, their candidate could get shut out (in the Mat-Su region, for instance, it’s possible that four Republican candidates would emerge from the primary). But the reality of a district where one party could win all four general election candidate slots is that party’s candidate would win under the current system, too, and has no incentive to acknowledge non-supporters.

The most contentious aspect of the measure is its institution of ranked-choice (also known as instant-runoff) voting. But it’s not nearly as intimidating, nor disenfranchising, a change as opponents have made it out to be. In fact, it’s basically the same decision you make when ordering a pizza with a few friends: You have a conversation about preferences and select the option that appeals to the most people. With ranked-choice voting, you do that with candidates, ranking the candidates in order of preference.

Opponents of ranked-choice voting have tried to muddy the waters by saying that your vote will be thrown out and you will be disenfranchised if you don’t rank all four candidates. This is no more true under ranked-choice voting than it is under our current system. Under the status quo, anyone who doesn’t vote for the candidate receiving the most votes has their vote “thrown out,” by this reasoning, in that their candidate is not elected. In fact, many times, a majority of voters don’t see their candidate elected and are “disenfranchised,” by this logic, under the current system — a problem that Ballot Measure 2 solves.

Even if most or all of the candidates emerging from the primary are from the same party, the ranked-choice system provides a strong incentive for moderation. Because of the value of second- and third-choice votes, there is an incentive to appeal to voters on the other side of the aisle, as it could lead to crossover support. Ballot Measure 2 thus encourages a step back from the extreme partisanship that has typified the primary process in recent years. That’s a big plus for the more than half of Alaska voters not registered with any political party, and will discourage political polarization.

The measure would also reform campaign finance laws in an attempt to quell the influence of ‘dark money’, poorly tracked megadonations spent on influence campaigns that don’t reveal their sources. Ballot Measure 2 would require greater transparency by campaigns in disclosing funds' actual sources, removing some of the ways that political groups can obscure where their money is coming from.

Much has been made by Ballot Measure 2 opponents of the fact that most of the money financing the “yes” side of the campaign has itself come from Outside. Opponents also loudly complain that Ballot Measure 2 is not an Alaskan idea. The reality is that for all our homegrown wit and wisdom, it’s possible that good ideas, like good people, can come from Outside. We should reject arrogance and judge both on their substance rather than their source.

Ballot Measure 2 opponents argue that these changes have never been done before, that this system is complicated, and that it won’t be a cure-all for Alaska’s election woes. All of that is true, and we should pass it anyway. Our democratic republic has survived nearly 250 years so far. Continuing to improve the way it functions is paramount if it should survive another 250, and Ballot Measure 2 would be a good first step toward improvement. It’s not a panacea, but we can’t resign ourselves to inertia and fear of the unknown.

It’s perhaps the best example of why the initiative process exists in Alaska — it provides the kind of reform that’s needed, but which will never come from the Legislature, because lawmakers owe too much to the parties and the system that got them where they are. We should step back from the brink of partisanship and encourage candidates who can work across the aisle. Ballot Measure 2 will help that happen.

[On editorials and endorsements]