Donald Trump, America is not your house 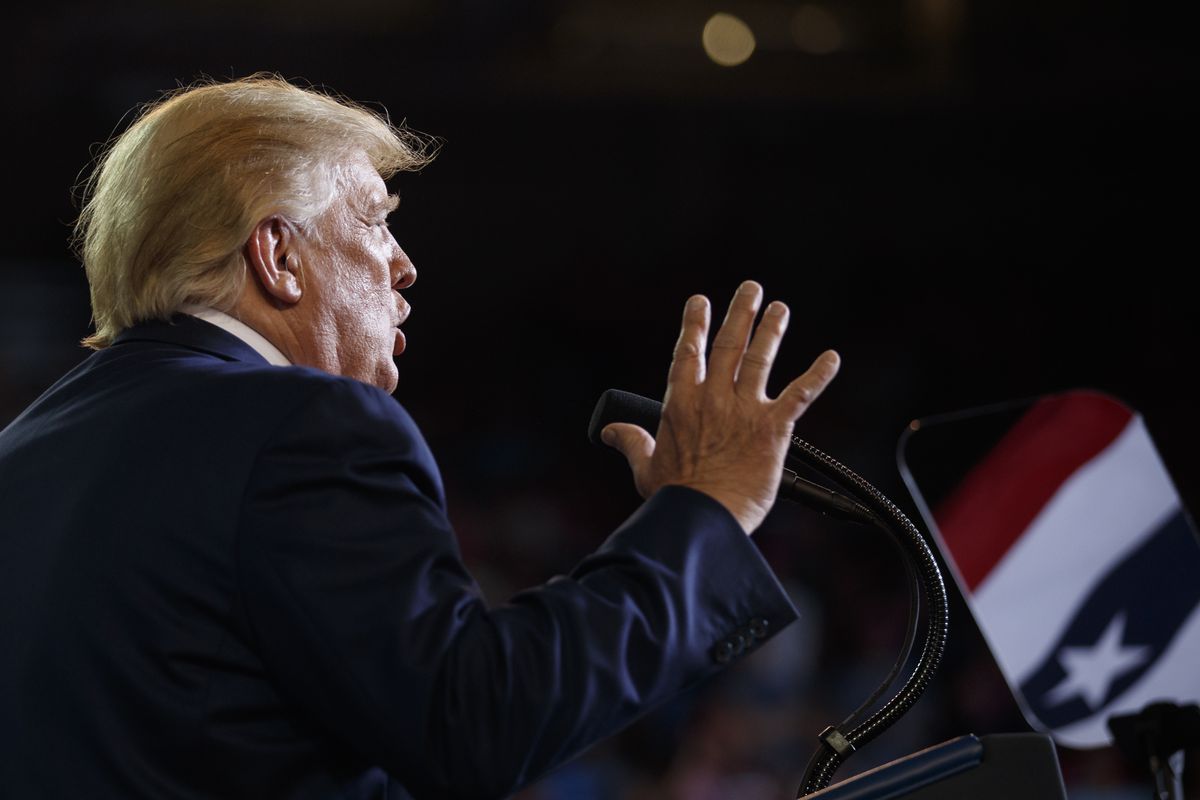 Years ago, I got to visit Kwethluk, an Alaskan town of fewer than 900 souls. It is an isolated place where the people, most of them Yup’ik, live on what the tundra provides: ptarmigan, moose, seal, salmonberries. I remember standing upon that snowbound landscape and marveling that I was further than I’d ever been from everything I’d ever known.

It was a feeling I'd had once before, at a village in Niger. But this was different, because I'd needed no passport to get to Kwethluk. Though I stood in a distant place with people who did not look like me and whose traditions were not like mine, the marvel of it was that I was yet standing with fellow citizens, together in our country. Because this was America, too.

I doubt you would have understood that. Your vision of what makes an American is too niggardly and cramped to allow it.

Sunday, you offered superfluous proof of that failing in a series of tweets where you told four progressive congresswomen of color to "go back" to their own countries and stop complaining about the United States. The four women are all American citizens. One, Rep. Ilhan Omar, is an immigrant from Somalia. Rep. Ayanna Pressley is a black woman born in Cincinnati; Rep. Alexandria Ocasio-Cortez, a Puerto Rican from the Bronx; Rep. Rashida Tlaib, a Palestinian American from Detroit.

Not that those facts really matter. Similarly, they are hardly the only ones to criticize this country. You, for instance, have called it "stupid," "weak" and "pathetic." But that doesn't matter either. Not to the people to whom your tweets were directed.

It would be naive not to recognize that you were performing for a particular audience: the racially resentful white people of the GOP base. If the rest of us are -- as I was in Kwethluk -- energized and inspired by the vastness of America, they are threatened by it and terrified of it. Especially as representatives of that vastness rise to positions of prominence and power.

You, like them, take for granted that America is your house, a white house where you make the rules, you set the standards and the rest of us live only by your sufferance. That's the assumption embedded in your tweets: that you have the right to tell the rest of us to -- apologies to the Beatles -- "get back to you where you once belonged."

But this has never been just your house, Donald, grandson of a German immigrant. It belongs to all of us, to every Yup'ik in Kwethluk, every Cuban in Miami, every black boy in Compton, every Muslim in Dearborn. We get to criticize it, we get to love it, we get to fight with it, we get to fight for it, because we built it. And we do not need your permission.

"Go back where you came from?" We've heard that one often. It is less an expression of geographic reality -- again, three of the women you slurred were born in the USA -- than it is of white fear. The notion that you live here on probation if you are black or brown is one of racism's oldest canards. And it was not surprising to see members of your party offer tepid rebukes of your behavior or none at all, while stepping gingerly around the "r" word like a body on the sidewalk.

But for all their cowardice, for all your cynicism, for all the fear some white people hold, you can count on the fact that the rest of us will not be denied, deterred or defeated. You are nothing we have not seen before. And still we rise.

It would behoove you, then, to get over the idea that this is your house and you can order the rest of us to leave. If we can go back where we came from, guess what?