Mitch McConnell: Withdrawing from Syria is a grave mistake 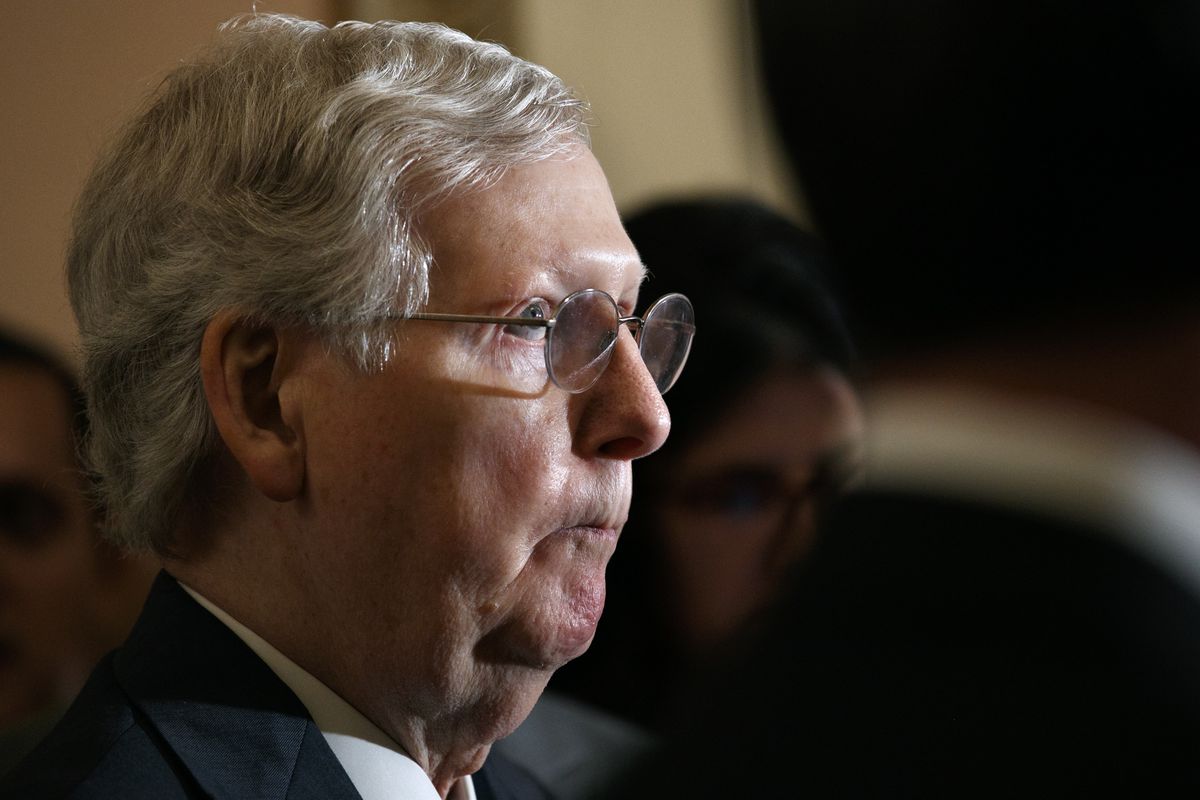 McConnell, a Republican from Kentucky, is majority leader of the U.S. Senate.

Withdrawing U.S. forces from Syria is a grave strategic mistake. It will leave the American people and homeland less safe, embolden our enemies, and weaken important alliances. Sadly, the recently announced pullout risks repeating the Obama administration’s reckless withdrawal from Iraq, which facilitated the rise of the Islamic State in the first place.

Since the 9/11 terrorist attacks, I have worked with three presidential administrations to fight radical Islamist terrorism. I have distilled three principal lessons about combating this complex threat.

Lesson No. 1 is that the threat is real and cannot be wished away. These fanatics threaten American interests and American lives. If permitted to regroup and establish havens, they will bring terror to our shores.

Second, there is no substitute for American leadership. No other nation can match our capability to spearhead multinational campaigns that can defeat terrorists and help stabilize the region. Libya and Syria both testify to the bloody results of the Obama administration's "leading from behind."

This truth extends well beyond counterterrorism. If we Americans care at all about the post-World War II international system that has sustained an unprecedented era of peace, prosperity and technological development, we must recognize that we are its indispensable nation. We built this system, we sustained it and we have benefited from it most of all.

When the United States threw off the comforting blanket of isolationism in the 1940s and took the mantle of global leadership, we made the whole world better, but we specifically made it much better for the United States. If we abandon that mantle today, we can be sure that a new world order will be made - and not on terms favorable to us.

The third lesson is that we are not in this fight alone. In recent years, the campaigns against the Islamic State and the Taliban, in Iraq or Syria or Afghanistan, have been waged primarily by local forces. The United States has mainly contributed limited, specialized capabilities that enable our local partners to succeed. Ironically, Syria had been a model for this increasingly successful approach.

In January, following indications that the president was considering withdrawing U.S. forces from Syria and Afghanistan, I thought the Senate should reaffirm these crucial principles. Senators would have the opportunity to debate our interests and strategy in the Middle East.

The Senate stepped up. A bipartisan supermajority of 70 senators supported an amendment I wrote to emphasize these lessons. It stated our opposition to prematurely exiting Syria or Afghanistan, reemphasized the need for sustained U.S. leadership to fight terrorists, and urged that we continue working alongside allies and local forces. While I was disheartened that nearly all the Senate Democrats running for president and Senate Minority Leader Chuck Schumer, D-N.Y., opposed the amendment, the consensus position of nearly all Republicans and a number of Democrats was encouraging.

Unfortunately, the administration's recent steps in Syria do not reflect these crucial lessons.

The combination of a U.S. pullback and the escalating Turkish-Kurdish hostilities is creating a strategic nightmare for our country. Even if the five-day cease-fire announced Thursday holds, events of the past week have set back the United States' campaign against the Islamic State and other terrorists. Unless halted, our retreat will invite the brutal Assad regime in Syria and its Iranian backers to expand their influence. And we are ignoring Russia's efforts to leverage its increasingly dominant position in Syria to amass power and influence throughout the Middle East and beyond.

Predictably, our adversaries seem to be relishing these developments. The resulting geopolitical chain reaction appears to have been perfectly distilled by an online video which, according to reports, shows a smiling Russian "journalist" strolling around a just-abandoned U.S. military base in northern Syria. A strategic calamity neatly captured in one Facebook post.

As we seek to pick up the pieces, we must remain guided by our national interests and not emotions. While Turkish President Recep Tayyip Erdogan's offensive into northeastern Syria is misguided, is it really the case that the United States would prefer that Russian, Syrian and Iranian forces control the region rather than Turkey, our NATO ally?

We need to use both sticks and carrots to bring Turkey back in line while respecting its own legitimate security concerns. In addition to limiting Turkey's incursion and encouraging an enduring cease-fire, we should create conditions for the reintroduction of U.S. troops and move Turkey away from Russia and back into the NATO fold.

To keep pressure on Islamic State terrorists, deter Iranian aggression and buy our local partners more leverage to negotiate with Bashar al-Assad to end the underlying conflict, we should retain a limited military presence in Syria and maintain our presence in Iraq and elsewhere in the region. We must also work closely with allies threatened by this chaos, such as Israel and Jordan, and redouble international efforts to pressure the Assad regime. And Congress must finally pass the Caesar Syria Civilian Protection Act to hold the regime accountable for its atrocities.

Finally, whatever happens in Syria, this situation must chasten the United States against withdrawing from Afghanistan before the job is done. We must recommit to our Afghan partners as they do the heavy lifting to defend their country and their freedoms from al-Qaeda and the Taliban.

As neo-isolationism rears its head on both the left and the right, we can expect to hear more talk of "endless wars." But rhetoric cannot change the fact that wars do not just end; wars are won or lost.

The United States has sacrificed much in years-long campaigns to defeat al-Qaeda and the Islamic State and stabilize the conflicts that foster extremism. But while the political will to continue this hard work may wax and wane, the threats to our nation aren't going anywhere.

We saw humanitarian disaster and a terrorist free-for-all after we abandoned Afghanistan in the 1990s, laying the groundwork for 9/11. We saw the Islamic State flourish in Iraq after President Barack Obama's retreat. We will see these things anew in Syria and Afghanistan if we abandon our partners and retreat from these conflicts before they are won.

America’s wars will be “endless” only if America refuses to win them.