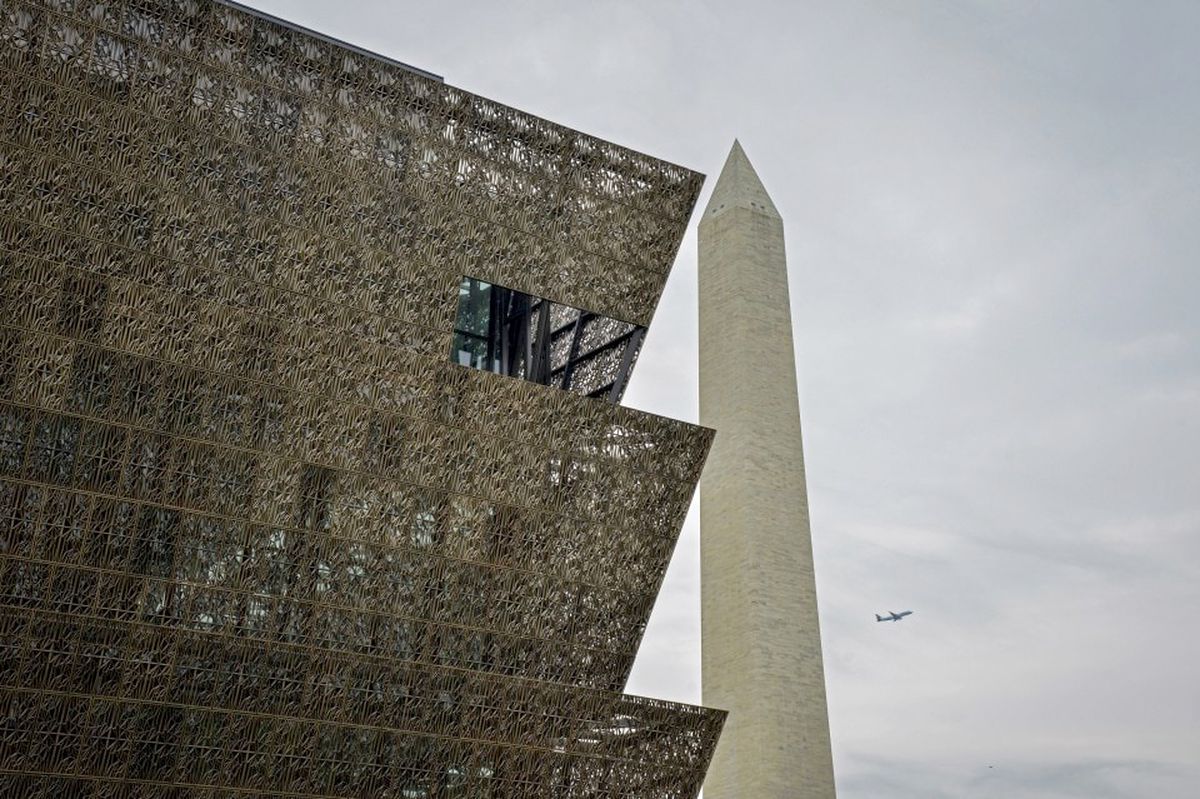 The National Museum of African American History and Culture, which opened in 2016. (Washington Post photo by Jahi Chikwendiu)

The National Museum of African American History and Culture, which opened in 2016. (Washington Post photo by Jahi Chikwendiu)

Keisha N. Blain, an associate professor of history at the University of Pittsburgh, is a co-editor of Made by History, The Washington Post’s daily section for historical analysis. She is a co-editor of “Four Hundred Souls: A Community History of African America, 1619-2019.”

Each February since 1976, Americans have celebrated Black History Month. Established by historian Carter G. Woodson as Negro History Week in 1926, the commemoration developed over 50 years until it became Black History Month to expand the study of the historical contributions of Black people. Despite the significance of Black history, far too many Americans don’t grasp its centrality to U.S. history. This lack of knowledge helps spread myths about the Black past.

Myth No. 1: Slavery was a Southern phenomenon.

The Southern Poverty Law Center notes that this idea continues to shape how students think about slavery in the United States. Fewer than half of American adults knew that slavery existed in all 13 colonies before the revolution, a 2019 Washington Post-SSRS poll found.

In reality, Christopher Columbus’s 1492 voyage set in motion 400 years of slavery in the Americas. An estimated 650,000 African captives were transported to what would become the United States between 1619 and the eve of the Civil War. It’s true that most of these men, women and children were brought to the South, which relied heavily on enslaved labor to build its economy. But other people were taken to Northern states, including Pennsylvania and New Jersey. New York City had the second-largest population density of enslaved Africans (after Charleston, S.C.) in 1740. At various moments during the 18th century, New York’s population of enslaved people exceeded that of some Southern states. It was not until 1827 that New York state legally abolished slavery. Abolition in other Northern states followed a similar pattern of gradual emancipation. Ultimately, slavery as an institution shaped the entire nation.

Americans tend to credit Lincoln alone for abolition, mostly because he issued the Emancipation Proclamation in 1863. “Yes, Republicans freed the slaves,” a CNN analysis last summer reported. “They were not these Republicans.” Similarly, the rapper Kanye West told a crowd in 2019, “Abraham Lincoln was the Whig Party - that’s the Republican Party that freed the slaves.”

But the Emancipation Proclamation did not end slavery or even free a large number of enslaved people. It recognized Black soldiers by opening up a chance for them to enlist in the Union army. But on the matter of slavery, it applied only to enslaved people in rebel states - territory over which Lincoln then had no control. It didn’t affect the more than 800,000 African Americans enslaved in the border states: Kentucky, Delaware, Missouri and Maryland.

In truth, courageous enslaved people helped bring about their own freedom. At the start of the Civil War, an estimated 4 million Black people were enslaved in the South. The war gave them a chance to seize their freedom - and they did, quickly volunteering to fight in the Union army (where they eventually constituted 10 percent of the troops), confiscating land and declaring themselves free. They did not wait passively for others to come to their rescue.

What’s more, Black abolitionists such as Frederick Douglass, Sojourner Truth, Maria Stewart and Henry Highland Garnet were crucial in spreading information about the horrors of slavery years before the war. Their bravery and commitment to abolition helped build the movement to end slavery.

Myth No. 3: The Tuskegee study infected Black people with syphilis.

The pandemic has exposed racial inequities in medicine: Black Americans are contracting the coronavirus and dying from it at higher rates thanks to decades of medical racism, which limited Black people’s access to quality health care. The Tuskegee syphilis study, starting in 1932, is often cited as evidence of this tragic history. Many Americans believe that doctors infected 600 Black people with syphilis - a myth that’s so widespread that memes are still circulating on social media making this claim.

It’s not true. The study was bad enough in reality: It examined nearly 400 men with latent syphilis and 200 men in a control group. Doctors recruited Black men in rural Alabama as participants by promising medical treatment - which was never provided - while surreptitiously documenting the long-term effects of untreated syphilis. The men involved were unaware of their diagnosis. The experiment started 13 years before penicillin became an accepted therapy for syphilis in 1945, yet it lasted 27 more years, ending only when journalists exposed its decades of abuse.

Myth No. 4: Brown v. Board of Education ended school segregation.

The 1954 Brown decision is widely celebrated. “The Court stripped away constitutional sanctions for segregation by race, and made equal opportunity in education the law of the land,” says the website for the National Museum of American History. “Thanks to Brown v. Board of Education, our public schools became the initiating institutions of integration for our entire society,” then-Attorney General John Ashcroft said in 2004, in remarks commemorating the decision’s 50th anniversary. Many Americans think it brought a decisive end to school desegregation, leveling the playing field for all.

The case was a significant development, but it did not end school segregation the way many imagine. Chief Justice Earl Warren’s opinion - signed by all nine justices - overturned the precedent set by Plessy v. Ferguson (1896) by stating, “Separate educational facilities are inherently unequal.” Brown provided a legal framework for dismantling segregated schools throughout the nation. A setback occurred a year later, however, when the court returned to the decision and provided an addendum: Federal courts would handle individual cases to ensure that desegregation proceeded “with all deliberate speed.” The inclusion of “all deliberate speed” in what is known as Brown II allowed recalcitrant school districts to slow down the process.

As Black families nationwide started to push for desegregation, the effort unsettled Northern Whites, who often fought such measures. Even today, more than half of school children in the United States attend school districts where more than 75 percent of the students are either White or of color - a clear sign of continued segregation.

Myth No. 5: Black power was a departure from the civil rights movement.

One of the most lasting myths of the 1960s and 1970s is that the Black Power movement was a break with the civil rights movement. At John Lewis’s funeral last summer, former President Bill Clinton made subtly disparaging remarks about Black Power activist Stokley Carmichael, suggesting that there was a moment when activists “went a little too far towards Stokley.” The spirit of that remark aligns with history textbooks, which deemphasize Black Power and instead praise leaders such as Martin Luther King Jr. and Rosa Parks, setting out nonviolent resistance as the ideal form of Black protest.

Nonviolent resistance during the civil rights era was obviously significant. But Black Power was influential in the effort to secure Black political rights and opportunities. This wing included a broad coalition of groups that advocated armed self-defense and endorsed Black political autonomy and Black pride, ideas that had ample support in the broader movement. Proponents of Black Power were deeply connected to and even sustained the civil rights movement. Carmichael, for instance, was a leader of the Student Nonviolent Coordinating Committee, one of the most important civil rights organizations of the period.

The civil rights movement and the Black Power movement were not separate ideologies so much as distinct expressions in the quest for Black liberation. As historian Tim Tyson explained in his study on activist Robert F. Williams, they “grew out of the same soil [and] confronted the same predicaments.”