Move over, willow ptarmigan. The raven should be Alaska's state bird. 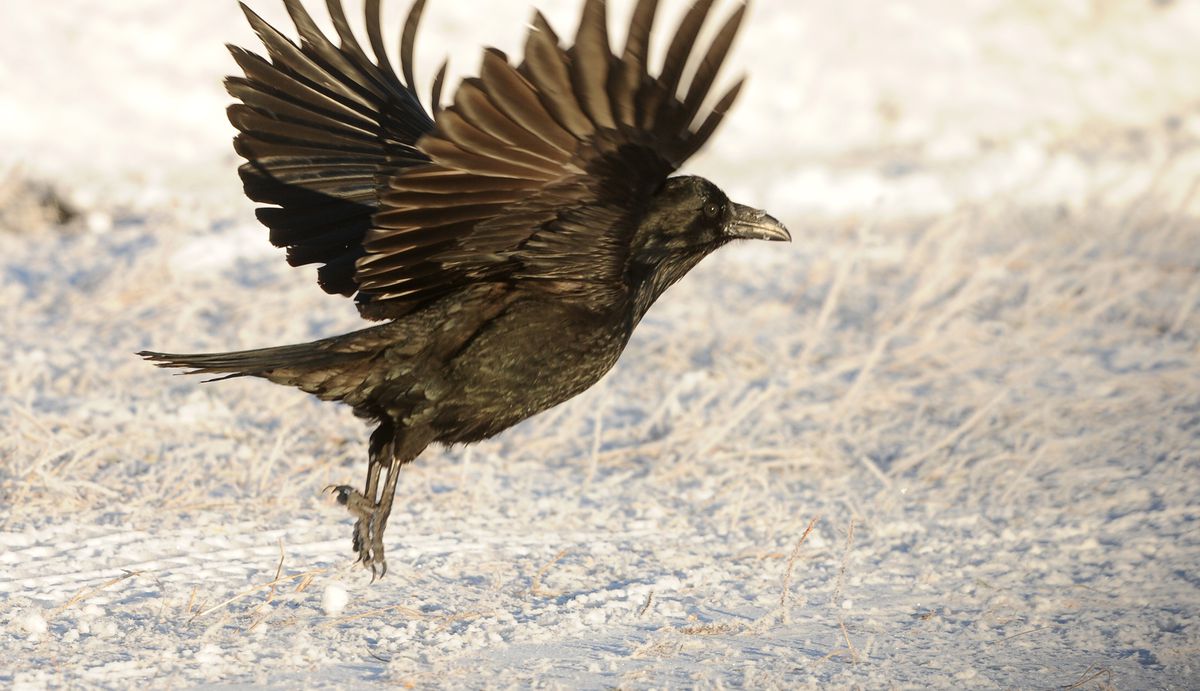 DONNELLY — They are perhaps the most commonly recognized bird in Alaska. They live in our cities, suburbs, rural localities — and the wilderness.

Even though the willow ptarmigan has been Alaska's state bird for more than 60 years, the raven is more far-ranging and is recognized by more people than possibly any other animal in Alaska. In fact, the raven may have elicited as much interest, fear and adulation as any other wild creature of the north country.

Jewish, Christian and Islamic tradition has the raven as the first animal released from the Ark. The Bible (King James version, Genesis 8: verses 6-8), has Noah sending the raven out ahead of the dove. Some Alaska Native cultures have the raven as the creator. Older European cultures, for the most part, viewed the raven as a bird of ill-omen. In all cultures, the common thread is intelligence.

[Ravens communicate better than most animals]

There is little doubt ravens are the smartest bird. They can recognize faces and have acute memories. Ravens can problem solve as well as primates. One classic experiment had ravens pulling a string and holding it while getting another grip, to reach a piece of meat hanging below the cage out of reach. Adult ravens performed this technique with no practice and no trial and error, usually within 30 seconds.

Another experiment had two pieces of wire in a cage — one straight and one with a hook. The hooked wire could be used to reach a small bucket with food suspended below. The two ravens in the cage immediately figured out the hook. However, the bird that got the hooked wire wouldn't give it up, so the other bird took the straight wire and bent it so he could reach the food, too.

In the wild, ravens will eat most anything even though they're commonly associated with carrion. Food availability controls nesting locales and habitat.

In Bush Alaska, away from towns, a group of ravens overhead usually means there are wolves in the vicinity.  In the spring, ravens patrol the highways, searching for road-killed hares and squirrels. However, carrion is an unreliable and fleeting source of protein.

A pair of ravens live near Mile 30 of the Denali Highway. They spend their winters high above timberline. I've followed them while crossing Amphitheater Pass for years. One winter some time back, I was curious enough about their food source to spend half a day searching for feces and watching them with binoculars. I knew that few wolves worked that area, and in most years, not much lives in the area other than ptarmigan and an occasional fox. I suspected the ravens might be eating mice, but found instead that the diet of these birds consisted almost entirely of blueberries gleaned from windswept hillsides.

Ravens in the wild rarely live beyond 15 years. They nest early, usually hatching young birds by early May. The fledglings are out of nest by the first week of June, searching for food.  They stay with their parents for about 6 months.

The greatest mortality occurs in the first few months of life, and the biggest enemy is starvation, though horned owls and red-tail hawks get their share. Ravens are big birds, weighing in at 2-1/2 pounds when fully grown, and young, growing birds need a lot of food.

Town birds, which live mostly on waste, have fewer predators and typically have better breeding success than birds in outlying areas. Urban birds quickly learn innovative feeding techniques from the ravens around them. Long-time Fairbanks and Anchorage residents are sometimes entertained by watching ravens stealing food from newcomers who leave their groceries in the back of their pick-up trucks.  This may be irritating for the person who loses their box of cornflakes, but even they must admit grudging respect for the intelligence of the big black bird.

[Are ravens even smarter than we thought?]

Those who take the time to watch ravens closely can find them playfully sliding on their sides down snowy rooftops. They tug at the tails of eagles and wolves feeding on kills to distract them while other ravens steal the food.

Their aerial maneuvers will leave you in awe. Their adaptability, mental adeptness and resourcefulness are all attributes that Alaskans value. The raven density in our cities is among the highest in the world.

After all the willow ptarmigan has held the crown since 1955, and can't even decide it's colors — light brown in summer, white in winter. Though sociable, willow ptarmigan aren't considered brainy. Nobody's ever seen them stealing food from humans.

If the Alaska Legislature is unable to solve the state's fiscal crisis this session, maybe they should take the easy route and put the Alaska state bird crown on a creature that deserves it.

John Schandelmeier is a lifelong Alaskan who lives with his family near Paxson. He is a Bristol Bay commercial fisherman and two-time winner of the Yukon Quest International Sled Dog Race