Afraid of bears? There are far more dangerous things in the Alaska outdoors 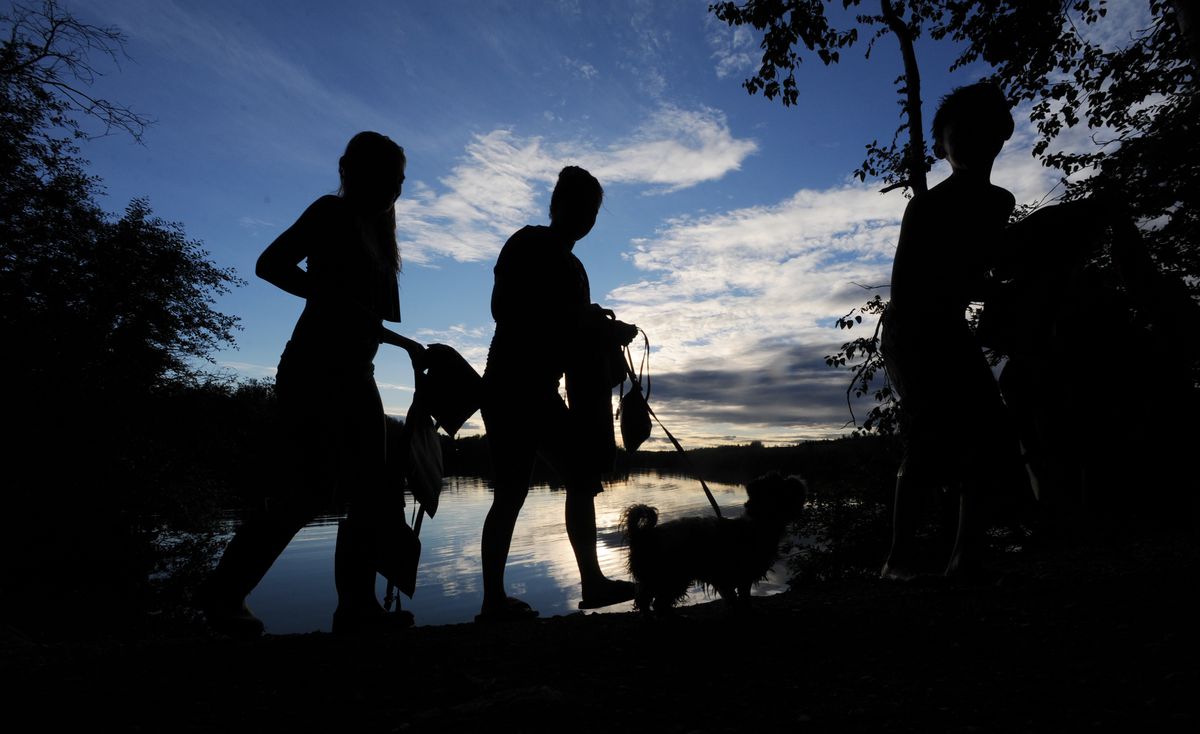 Summer is bear season. That is what the city folks tell me. "Is there a trail where we can go walking? Is it safe? Are there bears?"

The general rule in the Interior is that trails are safe. Should you spot a grizzly, you are one of the lucky ones. Most hikers rarely get the opportunity to spot the elusive grizzly.

Of course, there are exceptions …

Immediately, should you suggest there are few bears to be seen, folks bring up bear tales. "What about last year when those kids were attacked, and that guy in Denali Park that was mauled, and the girl on the Anchorage bike path that was bitten …. what about those, huh?" Bear stories have a way of transcending the years.

The truth is that while there are bear attacks, they are rare. People are mauled somewhere in Alaska or the Lower 48 every summer.

However, not many people are injured given the numbers of folks that invade bear habitat. Most hikers that encounter a bad bear situation get in trouble because they have ignored or not noticed obvious signs of heavy bruin presence. Some are just unlucky to be in the wrong place at the wrong time.

So, you are nervous to be in the woods with bears? What about turkeys?

Admittedly, solid statistics are tough to come by, but research suggests that more people are hurt by turkeys each year than have been injured by bears over the past 10 years. The national average is a couple of deaths per year from bear attacks.

About 5,000 people die each year from choking. There is a big spike in numbers over Thanksgiving and Christmas, when everyone is eating turkey. Also, turkey and automobile collisions account for a number of injuries in the U.S. each year.  Yet not many forego the Thanksgiving bird, nor do they slow down on the freeway.

[2 black bears killed in Eagle River after breaking into cars]

Fifty people die from bee stings every year in the United States. Thirty-six hundred from drowning. We still jump in the boat without a life jacket and wander around fields where there are bees. Moose injure five to 10 people every year in Alaska, and that figure doesn't count the hundreds of automobile and moose collisions. Deer in Texas and Wisconsin are responsible for fatalities in the teens every year. But there is no fear when in that car.

What is dangerous in the woods besides bears and moose? Water. About 50 people on average die each year in Alaska from drowning. Boats are the biggest culprits. Recreational swimming and snowmobiles through the ice are next on the danger list when it comes to drowning.

Bears are only dangerous during the summer months, except for the occasional odd animal, but ATV's are out year-round. There are eight or nine ATV-related fatalities in Alaska annually. Snowmobiles account for more. There are moms who won't let their 10-year-old walk in the woods a hundred yards behind the house but think nothing of letting them jump on the ATV and run circles. How many times have you fixed a grizzly-caused injury to your child? How about cuts, scrapes or worse from the four-wheeler?

Given the comparative safety of the maligned bear, why is there so much fear associated with these animals? Arkoudaphobia is the fear of bears. It is an irrational fear, fed by media stories of attacks and excessive warnings about the "dangerous bear."

Bears are almost always depicted in photos as snarling. Taxidermy mounts have bears towering in the display with an open mouth, showing many teeth. Personally, I have been around bears a fair amount and have never seen one snarl in the wild.

Admittedly, Alaska grizzlies are more dangerous than black bears. Many grizzly attacks occur without warning, and possibly that is one reason for the unreasonable fear of bears in the Alaskan Bush. However, you can rest assured that the odds of a bear attack are miniscule in the Bush. The two most dangerous locations for bear encounters in the United States are probably the Anchorage bike paths and Yellowstone Park.

Bears acclimated to people cause most of the harm to humans. Don't let an unreasonable fear of bears limit summer recreational activities.

Are you still afraid of bears despite knowing that the odds of injury are extremely slim? Carry a shotgun. Pepper spray has little use and extremely limited range. Who among the deathly-afraid-of-bears crowd is going stand their ground while the grizzly charges close enough for the spray to be potentially useful? I suspect none.

This summer, as you recreate, push bears to the back corner of your mind. Instead, teach ATV safety, wear a life jacket while on the water and slow down on the highway. It is the season to be safe outdoors.

John Schandelmeier is a lifelong Alaskan who lives near Paxson with his family.