Transitioning from a shotgun to a rifle takes an attitude adjustment 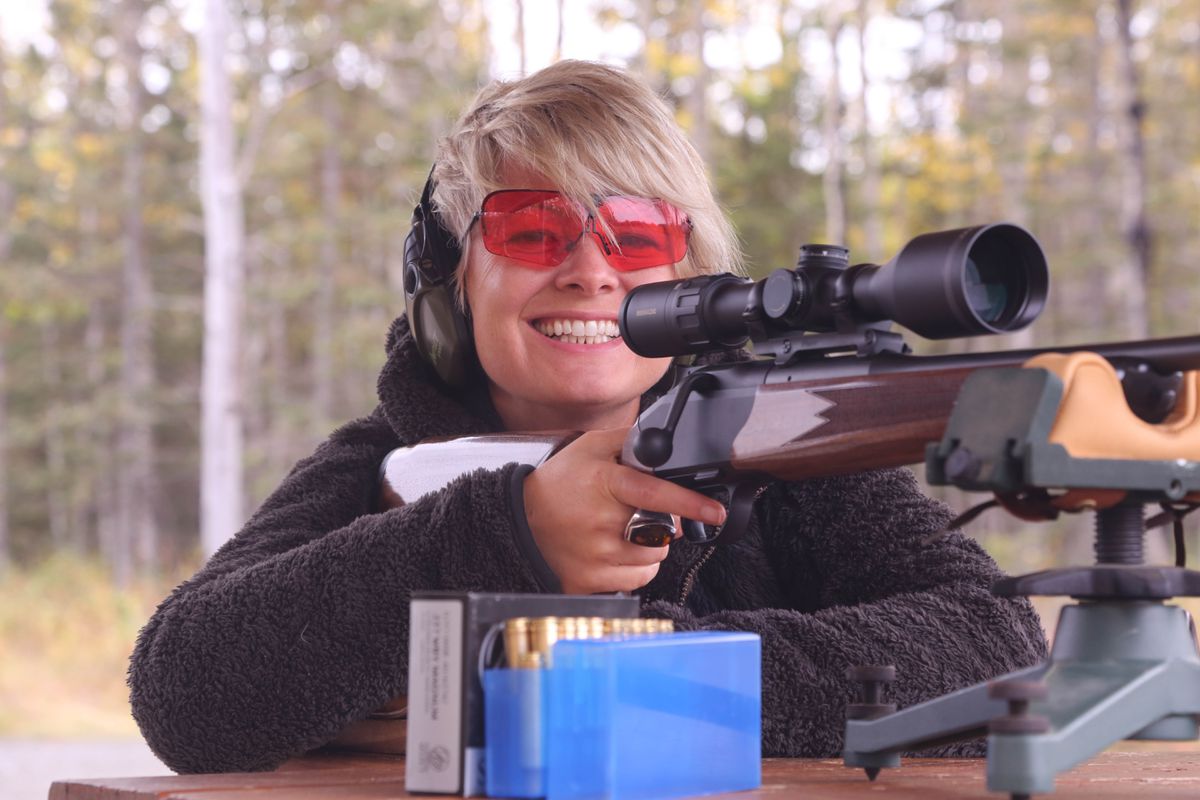 Rifle shooting is said to be a science and wingshooting is said to be an art. If my grades in high school were any indication of which I would prefer, the aesthetic history of shotguns is illustrated in rich oils on canvas and filled with fine pointing dogs and the colors of wild game birds. In comparison, the systematic approach of the rifle marksman or still hunter appeared at odds with my tendency to prefer a more intuitive style of shooting.

This is not to say there is not a practical side to shotguns. My favorite over/under shotgun with a wood stock is not just classic looking, its operation is simple. I don't worry about ejection ports, shell carriers, magazines, gas pistons, stock springs or nuts and bolts. The maintenance is as simple as caring for an old leather jacket — wipe it off and dab on some oil.

Aesthetics and handling aside, the break-open action makes it easy for others to see that the gun is safe. There are other shotgun actions in which the shells are hidden from view, but with an over/under shotgun, if the gun is open, it is safe.

The art of wingshooting, like other arts, is more of a practice than an acquired skill. Over the years, words and phrases involving the shotgun have stayed with me: This is what fall smells like. Nothing in nature is dirty. We're in the country now.

Somehow, my mind has wrapped the gun in so many memories and meanings that it is impossible to separate the cold metal and scratched wood from the reason it exists. Words to describe it do not appear in my mind as if they are on a white page.

They appear in a duck marsh, a river flat with the feel of tidal mud caking on my cheeks, and just above the tree line where the trail ends as if so many before us agreed exactly where to stop, just to tell us where to begin.

The art is in the imagination and recollection, something we are maybe born to recognize. Others may never see it. Fall smells like fall. Dirt is dirty. The trail is life. In wingshooting, the field awaits at dawn.

It matters that there are ways to do things properly. The bare necessaries of wingshooting require that a hunter become a good shot and have a gun, shot and choke that make sense. The poetic nature of the pursuit informs the practical so there is some joy to be had by an obsession with every detail so long as the lessons do not become limits.

What I do know is that bird hunting did not come to me as a family tradition. No matter what I've learned from books or days afield as a hunter, it came to me as an adult learner, and now the birds I hunt are close to my heart. When a bird is in your heart, it's on your mind. And when you go out to hunt it, you cannot fail to bring it home. I couldn't begin to tell anyone how that magic happens — how to fall in love, how to digest food, how to pick a gun. It's all part of living and learning.

But when it came to picking out a rifle for my first big-game hunt, I was at a loss for where to begin. My choice for a first rifle took into account the fact I could not afford the expense of a double rifle and I didn't want to limit myself to a single-shot rifle for simplicity's sake at the expense of needing a fast follow-up shot.

After sighting in the gun — a 7mm-08 — and practicing, I realized I might only fire it once or twice in a season. The rifle is designed to hit a precise point at a long range. I was used to shooting a great deal more, and the shotgun is made to shoot a spread of shot at a moving target at closer ranges. With a shotgun, your eye is the rear sight — I shoot looking at the target. With a rifle, the sight picture includes the crosshairs in a scope.

The biggest adjustment was learning to "make peace with the wobble" of the gun. When shooting a shotgun, the gun is moving and so is the target. Breathing is more important in rifle shooting, and I have never found perfect stillness before taking a shot. Instead of an instinctive lead or "pulling through the shot," there is a point of half-exhale that feels the most stable.

My favorite explanation of shotgun ballistics is writer Robert Ruark's example of trying to spray his sister, who is running, with a water hose. Somehow we are born knowing how to soak a sibling. The rifle example might be knowing just when to dump the pail of water on her from the loft.

Since my first rifle, I have only shot a few others in the .20 to .30 caliber range. Although all the other aspects of hunting moose and caribou appeal to me, I have yet to find a rifle that comes anything close to my fondness for shotguns. For all of its usefulness in the field, when I shoot my .300 Weatherby the kick and muzzle blast is such that I feel like I have to put my clothes back on.

Last week I shot a new rifle — a chambered in .257 Weatherby — that I plan to take hunting. I don't know why this one is different than the others, and I look forward to finding out. All of the things I might say about it come from a place of little experience, but I know it made me do something that Steve found a bit silly — I enjoyed shooting the gun so much I spontaneously named it.

I've never named an inanimate object before, but it came to me, and I couldn't help but say it out loud. There is a kind of joy that comes with naming something, and it gave me the idea that there may be more art to the rifle than the old saying allows. I'd rather learn the same thing through art than through science, anyway.

Christine Cunningham of Kenai is a lifelong Alaskan and avid hunter. Contact her at cunningham@ yogaforduckhunters.com.