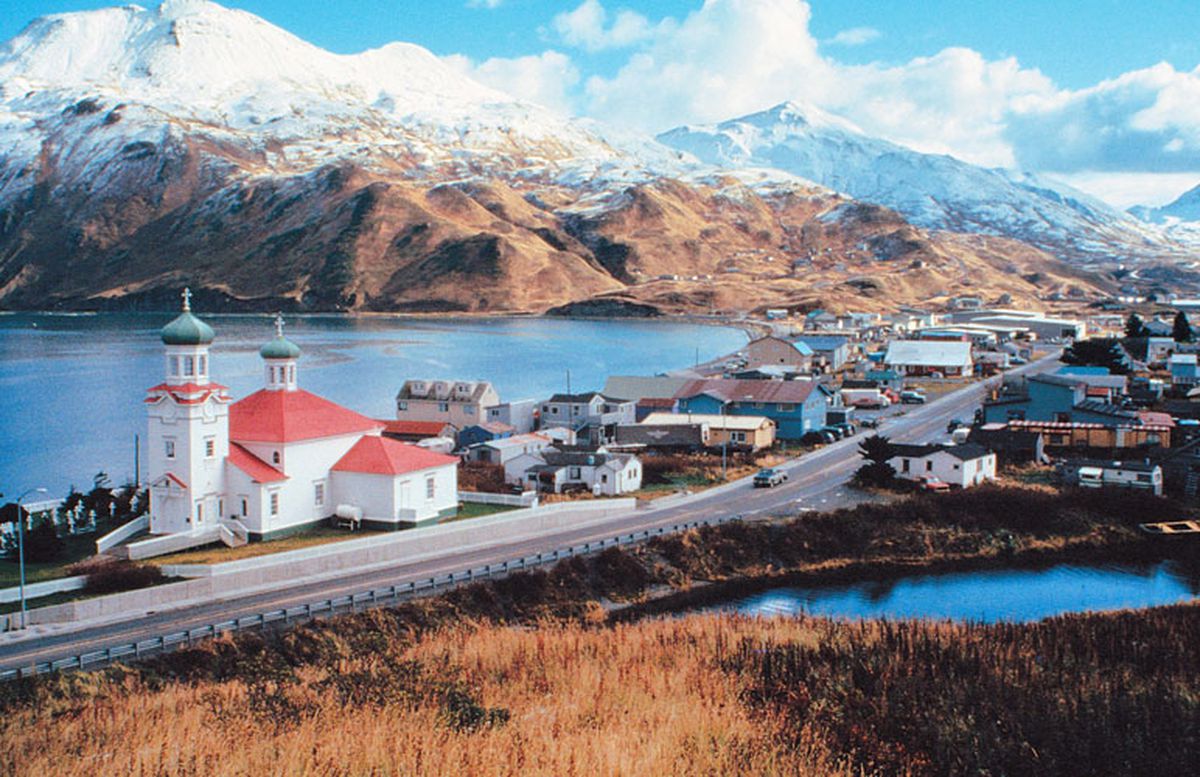 The city of Unalaska, in the Aleutian Islands, in an undated photo.

The city of Unalaska, in the Aleutian Islands, in an undated photo.

A 21-year-old snowmachiner died Tuesday after he was buried in an avalanche near Unalaska, authorities said.

Unalaska Fire Department Interim Chief Mike Hanson said the avalanche was clearly visible from town. A caller noticed the slide around 5:30 p.m. and called for help because he knew that Trey N. Henning of Unalaska was snowmachining alone off Overland Drive in the Unalaska Valley, a few miles east of the Aleutian Islands city.

First responders and good Samaritan snowmachiners located Henning and dug him out of the snow.

“CPR was initiated and other lifesaving measures were taken both on the scene and throughout his extrication from the mountain,” the fire department said.

Henning was “pulse-less” when he was pulled from the snow about 19 minutes after firefighters received the initial call for help, Hanson said. He was declared dead at the Unalaska Clinic at about 7 p.m.

Unalaska was on the tail end of an easterly storm that dropped significant snowfall and had strong winds throughout Monday night, Hanson said. Crews measured between 1 and 3 feet of snow at the top of the avalanche and depths up to 10 feet near the middle, he said.

This is the first avalanche accident near Unalaska in recent years, Hanson said.

“This year we’ve had a pretty good amount of snow, which we haven’t had in the last few years,” he said.

Henning’s was the second avalanche death of the season in Alaska. A 32-year-old snowmachiner, Kekai Dang of Kasilof, died in an avalanche Feb. 10 near Cooper Lake on the Kenai Peninsula.

Two Haines snowboarders died in an avalanche in December just over the Canadian border in British Columbia.