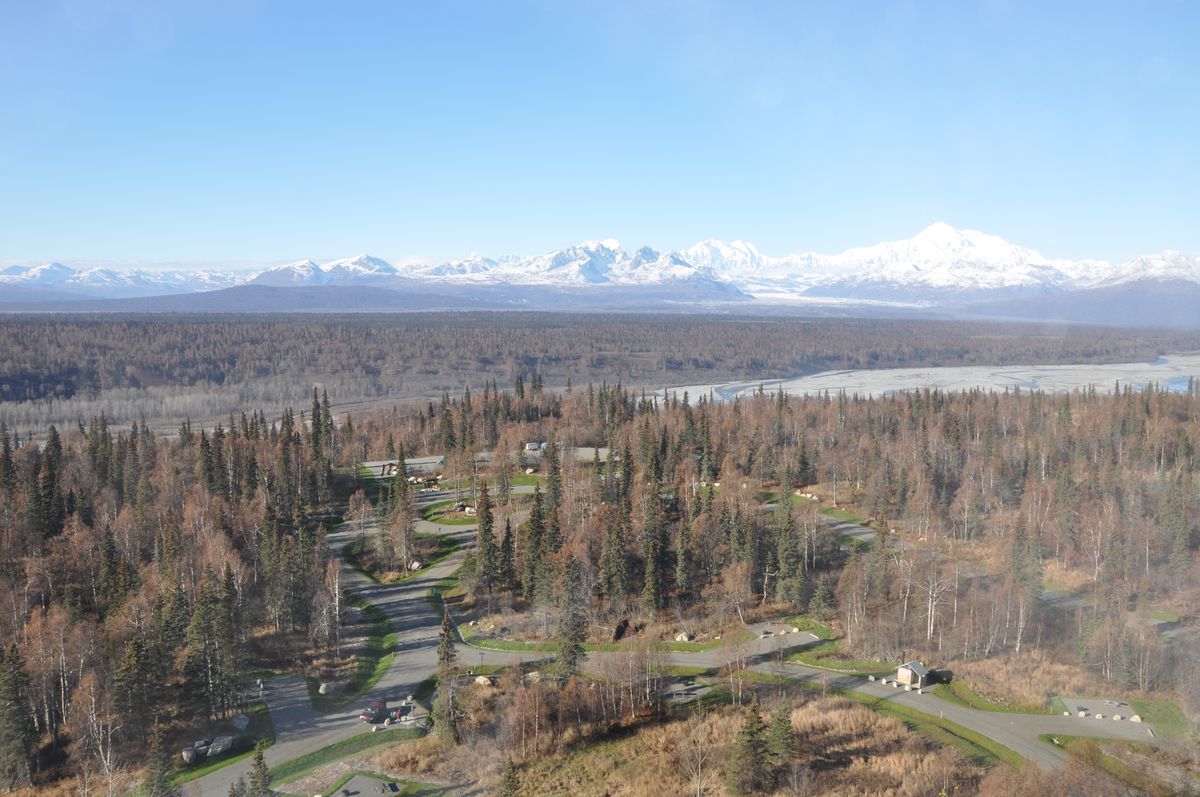 An aerial of the K'esugi Ken Campground in Denali State Park in 2014. (Alaska State Parks)

An aerial of the K'esugi Ken Campground in Denali State Park in 2014. (Alaska State Parks)

Alaska State Parks campgrounds will reopen this year within the normal time frame and are expecting higher than average numbers of Alaska visitors and a drop in tourism due to the COVID-19 pandemic.

Most campgrounds will open around May 15, said Wendy Sailors, a spokeswoman for the Department of Natural Resources.

Sailors said there has already been a 30% to 40% increase in park use over this time last year.

“Alaskans are continuing to use the parks more,” she said. “A lot of it’s because of the hunker down and the fact that there’s a lot of kids at home and the parents are trying to figure out what to do with kids — but also people are just wanting to get out more.”

Sailors said she’s been asked by many people when the campgrounds are opening. The normal start date is in mid- to late May because of snowmelt and staffing levels. While the goal is to open campgrounds around May 15, the weather will determine actual opening days.

The Parks Division will list campground openings online and several have already opened, including Bird Creek near Anchorage and some in Homer.

In past years, the campgrounds have often been managed seasonally by campground hosts from Outside who are paid a stipend. With travel complicated by the pandemic and the Canadian border closed, Sailors said, the department is looking for Alaskans to act as hosts.

The Parks Division is also hiring for seasonal positions, and Sailors said they are considering opening a few more jobs than normal due to a lack of campground hosts.

“If they buy it online, they can print out the receipt and put that in the right-hand side of or the driver side of their dashboard and use that until they get their pass,” she said. “If they for some reason do not have a printer, they’re also allowed to just write down their receipt number and put it in that same spot.”

Public-use cabins remain open. Visitors are urged to bring their own cleaning supplies and disinfect the cabins after use, the department said in an online statement.

It’s unclear if there will have to be any physical changes to campgrounds this year but the Department of Natural Resources recommends that anyone who goes to a state park follow Centers for Disease Control and Prevention guidelines, including social distancing and sanitizing recommendations.

There were 368 confirmed COVID-19 cases statewide as of Sunday and nine Alaskans have died from the virus.

“It’s kind of hard to know what to expect, but we want to be ready for whatever it does look like,” Sailors said.