Curious Alaska: What happened to the man who went missing running Mount Marathon in 2012? 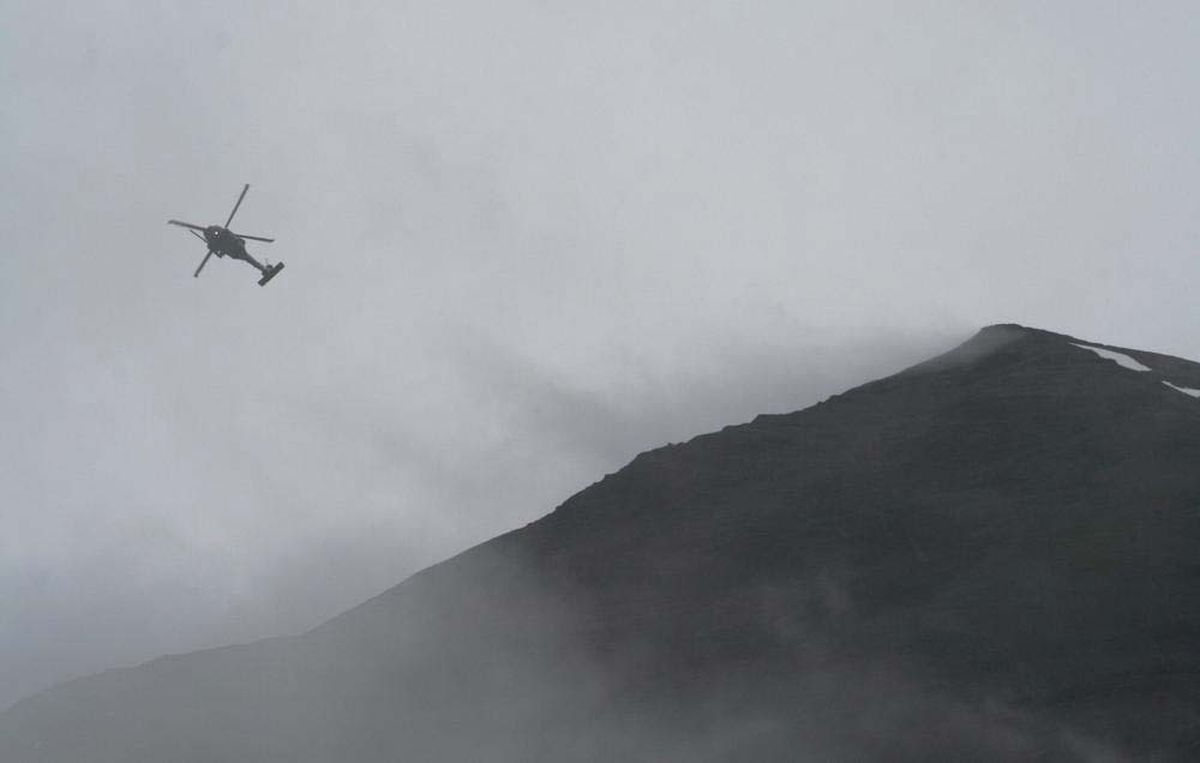 Question: Was there ever any sign of the Mount Marathon runner who vanished during the race several years ago?

On July 4, 2012, an Anchorage man named Michael LeMaitre went missing as he competed in Mount Marathon, the grueling Seward footrace typically held on the Fourth of July each year.

LeMaitre was running Mount Marathon for the first time. It was especially rainy, foggy and slick that day.

The 66-year-old businessman and grandfather was last seen about three hours into the race, climbing just shy of the race’s turnaround point at an elevation of about 3,000 feet.

LeMaitre never came down. An extensive search turned up nothing.

“No clues. No trace. No trail,” an Alaska State Troopers spokeswoman said at the time.

Nine years on, what happened to LeMaitre is still a mystery. But his disappearance prompted lasting safety changes to the way the race is run.

The 93rd Mount Marathon race will be held Wednesday in Seward after a year off because of the pandemic.

LeMaitre’s story attracted widespread media attention, becoming one of the most well-known in a grimly extensive list of Alaskans who’ve disappeared into wilderness landscapes without a trace. His disappearance was especially striking because he had been participating in an event that each year draws tens of thousands of spectators to Seward, and hundreds of runners onto the mountain itself.

“The mountain swallowed this man,” a relative told Runner’s World journalist Christopher Solomon for an extensive article about the case in 2016.

After troopers stopped their search, family continued. LeMaitre was declared legally dead in October 2012 after a court proceeding known as a presumed death trial.

LeMaitre’s disappearance changed the way the race operates. New rules were instituted, including one that says runners now must sign a pledge saying they’ve completed the roughly 3-mile race course at least once prior to race day. Participants who don’t make it a halfway-point within one hour are disqualified, and race sweepers now follow the last runner to the top of the mountain and back down, said race director Matias Saari.

Though declared legally dead for about nine years, LeMaitre is still considered a missing person by Alaska State Troopers. Being declared dead by the court system doesn’t remove someone from the state missing persons clearinghouse, said Austin McDaniel, a spokesman for the troopers.

“Law enforcement has to place eyes on him, alive and well,” McDaniel said. “Or remains need to be found.”

A partial human jawbone was found near Tonsina Point, a few mountainous miles away, in 2014. Despite speculation about whether the remains might belong to LeMaitre, DNA testing found they instead belonged to a 39-year-old man whose last address was in Arkansas, troopers said. Other remains associated with the man were found in the same area in 1997, according to troopers.

No sign of LeMaitre has been found. There is not an active search for him currently, McDaniel said.

“If new clues or evidence is discovered Troopers would evaluate new search efforts,” he said.