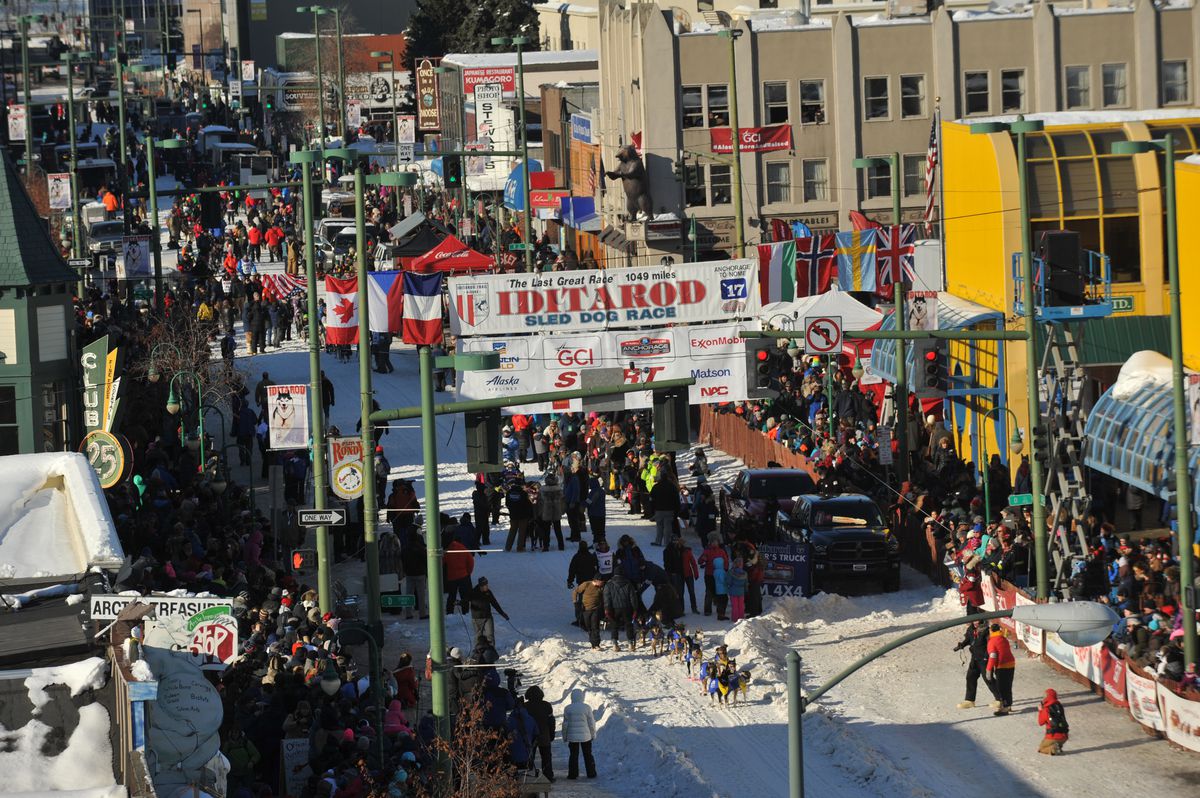 The Iditarod released the information in a brief statement late Tuesday afternoon, several days after race officials last week refused to name the prohibited drug or the musher involved.

Race spokesman Chas St. George said last week that "legal concerns" prevented the release of the information. St. George did not respond to questions by late Tuesday night, including why the race now decided to release some additional details about the drug tests.

The Iditarod's statement Tuesday said the sled dog team was tested after finishing the race in Nome. St. George had also declined to provide that information last week when race officials originally announced that "several dogs" on a 2017 Iditarod team had tested positive for a "prohibited substance."

According to the statement Tuesday, urine samples were collected from the dogs six hours after the unnamed team completed the 1,000-mile race. Those samples tested positive for tramadol.

"Based on the test results, it was estimated that the drug could have been administered somewhere between fifteen hours prior to, and up until the time the team was tested in Nome," the statement said.

The statement described tramadol as an "analgesic that can help control moderate to severe pain." The drug is listed as a "Class IV opioid drug," it said.

In an interview last week, St. George said that despite the positive drug tests, the Iditarod could not penalize the unnamed musher due to the phrasing of the 2017 race rules.

In the case of dogs' positive drug test, the 2017 rules required that Iditarod officials prove the musher intended to give his or her dogs the prohibited drug and the dogs did not ingest it in some other way, whether it was laced in a meat product or given to them by a competitor.

Now if there's a positive drug test, a musher must prove that he or she did not give the drug to the dog, according to the 2018 race rules.

Both the 2017 and 2018 rules list about a dozen prohibited drugs for competing Iditarod dogs, including steroids and painkillers.

According to the American Kennel Club, "tramadol is a medication veterinarians commonly dispense to manage pain in dogs." It can also be used by humans for pain relief, the club's website says.

Wade Marrs, who serves as the musher representative on the Iditarod Board of Directors, said in an interview Tuesday that he did not believe the unnamed musher gave the drug to the dogs.

The musher placed in the race's top 20, Marrs said, and dogs racing in each of those teams are tested in Nome. It's a known drug test — not a random one like others during the race. Why, Marrs asked, would the musher choose to give a banned substance so close to the finish line?

Plus, Marrs said, the side effects of tramadol include drowsiness.

"The test results show this was most likely given between Safety and Nome, and at that point it would be absolutely ridiculous to think this drug would do any good for the musher," he said.

Marrs, who placed sixth in the 2017 race, declined to name the musher racing the dogs that tested positive. He said it was not him.