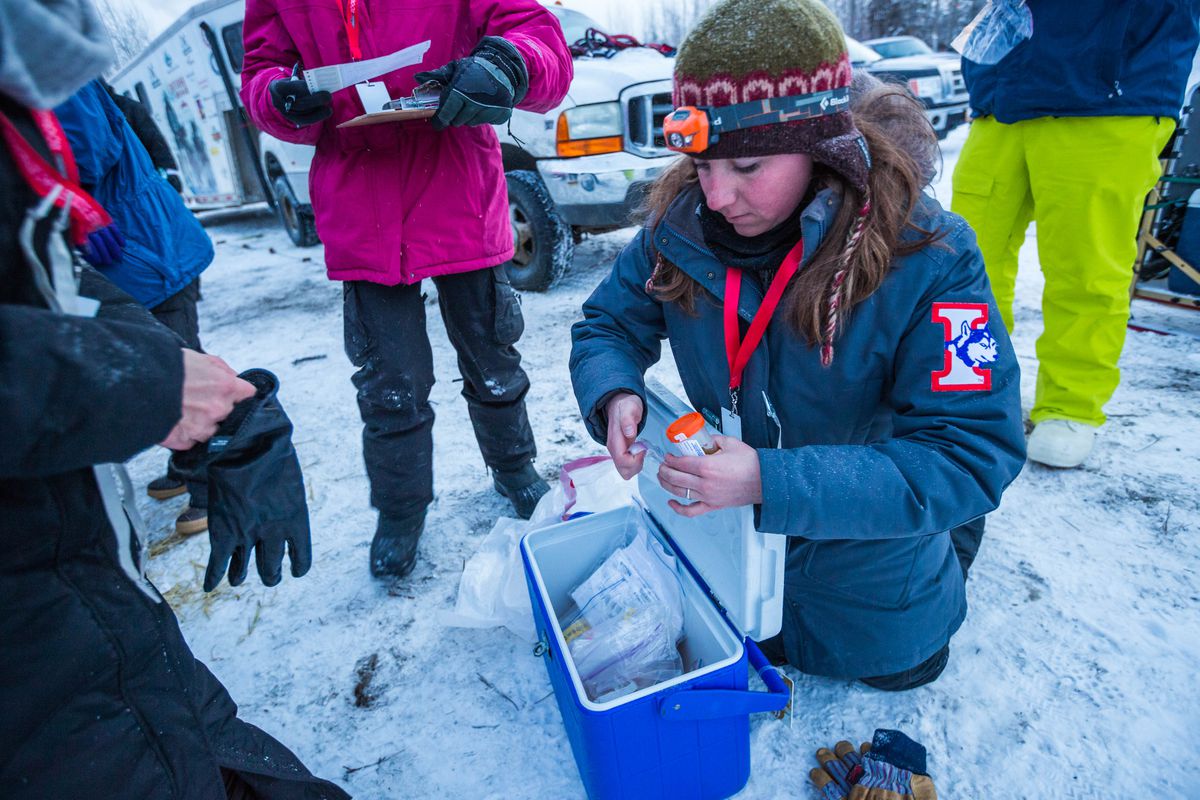 After "several" sled dogs competing in the 2017 Iditarod tested positive for "a prohibited substance," the Iditarod Trail Committee Board of Directors voted Friday to change its rules.

Chas St. George, Iditarod spokesman, declined to provide that information in an interview Monday. He also would not say where on the trail the dogs were tested and how many dogs on the team tested positive.

St. George said "legal concerns" and "confidentiality" prevented him from releasing the information.

The 2017 race rules prevented them from disqualifying the competitor because they could not prove the musher's intent, he said.

Under the 2017 rules, race officials had to prove that a musher intended to provide his or her dogs with a prohibited drug and that the drug did not find another way into the dog's system, whether unknowingly laced in meat the dog ate or whether given to it by a competitor.

Under the revised rule, mushers will be "strictly liable" for any positive drug tests, the statement said.

If there is a positive drug test, the musher must now prove he or she had nothing to do with it, instead of race officials shouldering the burden of proof.

"Now intent is a little bit different in terms of where the onus lies," St. George said. "Now it lies directly upon the musher."

The revised rule says that if a sled dog on a musher's team tests positive, that musher must go before a review panel and prove "by clear and convincing evidence that the positive tests resulted from causes completely beyond their control."

The revised rule also says that any musher found responsible for tampering with another musher's dogs, food, snacks or supplies in a way that impacts that team's drug tests will be disqualified "and/or" banned from the race.

The Iditarod Trail Committee Board of Directors unanimously passed the revised drug testing rule at its meeting Friday.

He said he did not have information Monday about the last time an Iditarod sled dog tested positive for a prohibited drug or the last time a musher faced penalty because of a positive dog drug test.

Stuart Nelson, the Iditarod's chief veterinarian, could not be reached for comment Monday.

Nelson said in March, a few days before the start of the 2017 Iditarod, that veterinarians would take urine samples throughout the race to check for dog doping.

[Veterinarians check Iditarod dogs' health ahead of the race]

The Iditarod race rules list about a dozen prohibited drugs for dogs, including steroids and painkillers.

Nelson said veterinarians collect urine at the race ceremonial start in Anchorage, at the official start and then randomly along the trail. At the finish line in Nome, the vets also collect urine from dogs racing in each of the top 20 teams.

Nelson said the Iditarod overnights the samples to a lab and receives results in 48 to 72 hours.

He said in the March interview that it was "very rare" to find a prohibited drug in a dog's system.

Wade Marrs, who serves as the musher representative on the Iditarod Board of Directors, said in an interview Monday that the revisions to the drug-use policy made the rule "more enforceable." He voted in support of the revision.

"We have to have a rule that is enforceable," said Marrs, who placed sixth in the 2017 race. "If we can't enforce it, then what's stopping people from getting out there and doing it all the time?"

Marrs said he did worry that the rule would make it difficult for mushers who did not drug their dogs to prove their innocence.

Returning Iditarod Champion Mitch Seavey also shared that concern. He said he had "mixed feelings" about the revision.

"I am strongly supportive and I appreciate the board for trying to enforce the drug dog policy, but I think it's a mistake to leave the mushers in a place where they can be sabotaged and have no recourse," he said in an interview Monday.

Seavey said he had concerns about the high burden of proof now placed on mushers who he said don't always have eyes on their dog teams and dog food. They send their food out to checkpoints weeks before the Iditarod starts and during the race, they spend time eating in checkpoints or sleeping away from their team, time when someone else could give their dogs a prohibited substance, he said.

If mushers are innocent, where would they start an investigation to prove someone else had drugged their dogs, he asked.

"Unless you can catch someone else and prove that they did it, it's impossible," he said.

Seavey said he believed the race had to strengthen its rules, but would prefer that a musher take a polygraph test instead of leaving a decision up to the results of a musher-led investigation and a review panel.

"I would rather just have it objective," he said.