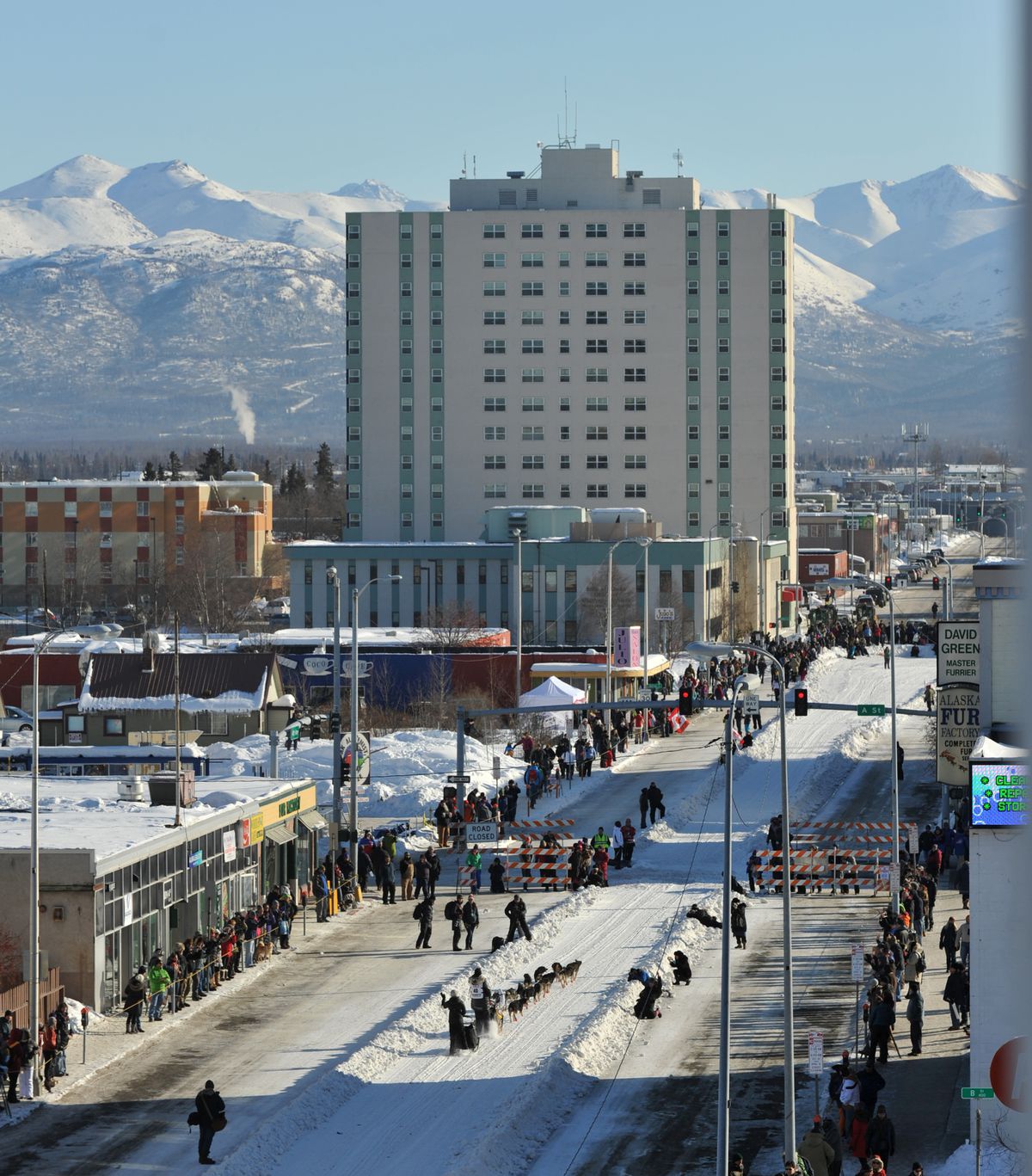 Dozens of Iditarod mushers demanded Monday that race officials release the name of the competitor whose dogs tested positive for a prohibited opioid painkiller in this year's race.

The demand was part of a strongly-worded statement released by the Iditarod Official Finishers Club early Monday and signed by 83 Iditarod mushers, some currently racing and others retired from the sport.

The Iditarod Trail Committee, the nonprofit that stages the annual 1,000-mile race, called many parts of the unnamed musher's statement false, including that the musher was led to believe race officials suspected either "an accident or possibly foul play" led to the failed drug tests.

The two statements Monday come two weeks after the race's governing board, the Iditarod Trail Committee Board of Directors, announced it had revised the rules for the 2018 race after "several" sled dogs on one 2017 Iditarod team tested positive for a "prohibited substance." The board said it could not penalize the musher competing with the dogs under the 2017 rules because it could not prove intent.

It was the first time the Iditarod had publicly announced a positive result from a sled dog drug test.

In the days following, Iditarod officials remained tight-lipped about the details surrounding the results.

Details emerged in bits and pieces, including the name of the prohibited drug, which was tramadol, and when the urine samples were taken from the dogs, which was in Nome, six hours after they completed the race. It's also now known that the musher connected to the failed drug tests placed in the top 20 in the 2017 Iditarod.

But many other questions remain unanswered, including the name of the musher and why the Iditarod announced the positive drug test in October, seven months after the end of race.

Iditarod officials back up the race's drug testing procedure

The Iditarod Trail Committee's statement Monday is its most detailed account of what happened with the positive drug test yet.

The statement says that prior to the 2017 Iditarod, the unnamed musher (which it refers to as Musher X) asked that the race's drug testing team delay its collection of urine samples from his or her sled dog team in Nome.

The musher said he or she had already ordered other tests for the dogs and "wanted to make sure the dogs were sufficiently rested for both the urine draw and the additional tests," according to the committee's statement. The Oregon State University professor who coordinates the race's drug testing program approved the request, the statement said.

On March 15, the drug testing team took urine samples from four dogs on the musher's team.

At the lab, the samples were tested twice and the tests revealed that the samples contained tramadol, a drug the race prohibits, the statement said.

It said the testing instrument was "Saturated/Overloaded," which the unnamed musher also said in the statement last week.

Iditarod race officials said last week that the results showed someone could have given the dogs tramadol anytime between right before the urine samples were taken to 15 hours earlier.

An Iditarod spokesman and the Oregon State professor did not immediately respond to questions Monday about the drug tests, including how that timeframe was established based on the information released in the most recent statement.

"At no time did Musher X ever request that sufficient portions of the remaining samples be sent to another accredited laboratory for a third test," the statement said.

The Iditarod Trail Committee also denied that it ever made a determination that it was unlikely Musher X gave the dogs tramadol, one of several contradictions to last week's statement from the unnamed musher. It said race officials never told the musher that the drug test issue was resolved and no further action was necessary. It said race officials did not lead the musher to believe an accident or foul play led to the failed drug tests.

"As we are learning, that type of entertaining 'what ifs' can be destructive to individual mushers and the sport we all hold so dear," the statement said.

Musher X said in last week's statement that he or she did not give the sled dogs tramadol and described the race's handling of the drug tests as "deeply flawed."

The Iditarod Official Finishers Club, which bills itself as the "players union" for Iditarod mushers, said in its statement early Monday that it "vehemently denounces the doping of dogs in any form."

"Furthermore, the IOFC does not support how the ITC has handled this issue," said the statement signed by dozens of mushers. "The IOFC unanimously demands the release of Musher X's name within 72 hours and is asking for complete transparency moving forward."

The Iditarod mushers also questioned in the statement why news of the positive result came several months after the race ended in March.

"It is unacceptable that multiple dogs tested positive for a drug in a single musher's team and that that information was only recently made public when it was known since shortly after the team finished," the statement said.

The statement followed an emergency meeting Sunday of the Iditarod Official Finishers Club, a collection of current Iditarod mushers and race veterans. It's rare for the club to call an emergency meet-up and it's equally rare for it to release a statement so critical of race officials, said Wade Marrs, president of the club who also serves as the musher representative on the Iditarod board of directors.

"The mushers are coming together and helping the ITC move forward in the right direction," Marrs said. "I think it will be really good for the race."

The mushers said in the statement they would like the race to have a more "comprehensive drug policy" that outlines the steps the Iditarod should follow if a dog or musher test positive for a banned substance. That procedure would include withholding a team's prize money until a full, transparent investigation is completed, the statement said.

"These rules should reflect that Iditarod is the premier long distance dog sled race in the world and should set the standard for other dog sled races," the mushers' statement said.

Mushers also called for the removal of the Iditarod's "personal conduct policy," often referred to as the "gag rule."

Race officials approved the rule in 2015. It prohibits competitors from making public statements or engaging in public conduct that is considered "injurious to and in reckless disregard of the best interests of the race," including statements that are "disparaging" to any sponsors.

"Whether intended or not, Rule 53 makes mushers fear speaking out against the race or its policies for fear of retribution. The IOFC believes that in the creation of Rule 53 that the ITC has done more harm than good to the sport of dog sledding, and seeks to immediately reverse that policy," the statement said.

As their last demand in the statement, the mushers said the Iditarod Trail Committee should extend the date by which teams can withdraw from the 2018 race and still receive a full refund of their $4,000 entry fee. The deadline to do that was Oct. 2, a week before the positive drug test became public.