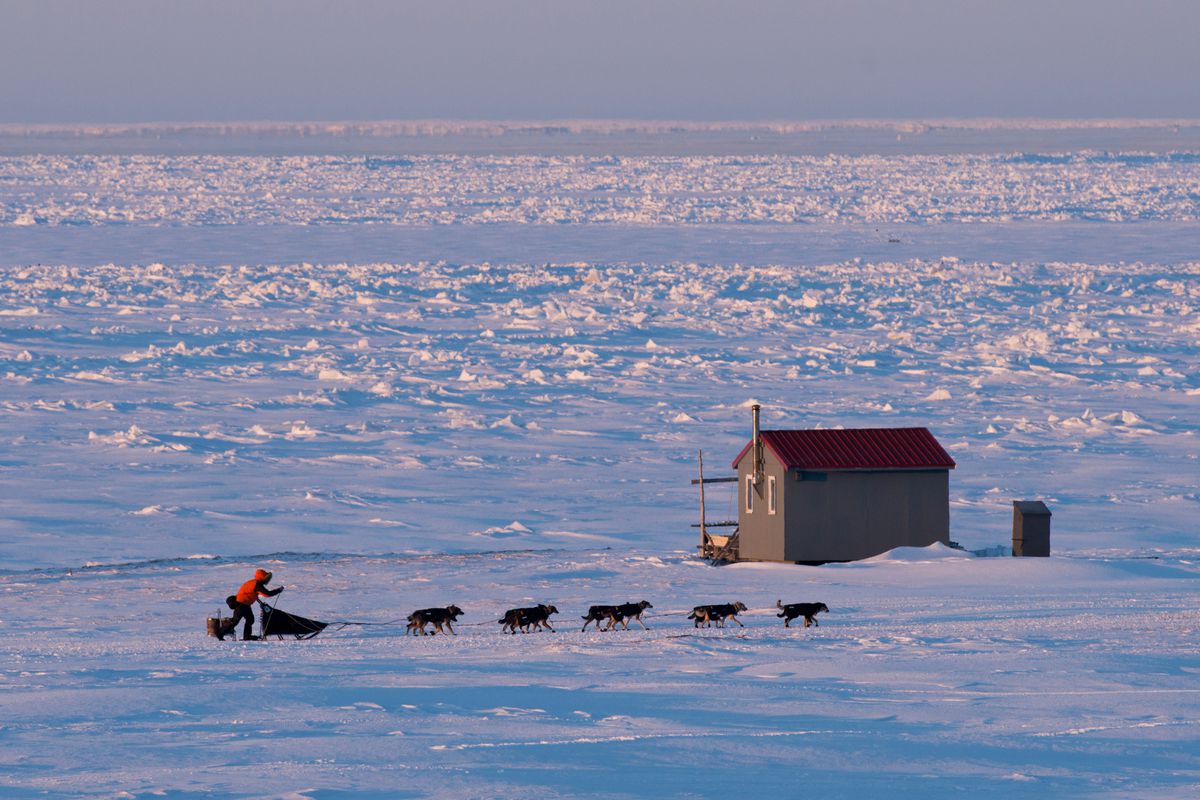 With Nome just a few miles away, a team races toward the finish line during the 2017 Iditarod. (Marc Lester / ADN archive)

With Nome just a few miles away, a team races toward the finish line during the 2017 Iditarod. (Marc Lester / ADN archive)

The Iditarod Trail Committee announced Friday that it will establish dog-care standards that mushers competing in the annual race must meet.

The standards will be part of a new "Best Care" kennel management program for year-round dog care, according to a statement from the Iditarod Trail Committee, the nonprofit that stages the 1,000-mile sled dog race to Nome.

"The ITC has been talking about this for a while," Iditarod spokesman Chas St. George said of the program.

The program will include kennel visits and a certification process, he said. The standards will cover "areas such as breeding, shelter, tethers, cleanliness, nutrition, hydration, vaccinations, socialization, bedding, record-keeping, euthanasia, on-site care and kennel size," according to the Iditarod statement.

St. George said the Iditarod is still working out details of the program, including who will enforce the dog-care standards and how. Mushers who compete in the Iditarod span not only the country, but the globe.

"Whether you're in Norway or in Rhode Island, you're still going to have to adhere to the standards," St. George said.

The Iditarod plans to implement the program before sign-ups begin for the 2019 race on June 23, 2018.

"We just want to show the world that we have a high standard," said Wade Marrs, the musher representative on the Iditarod's Board of Directors.

"I  don't think we're going to have any issues with mushers not complying or not being able to comply with the standards that we come up with — especially not mushers who are at an Iditarod caliber," he said.

News of the kennel management program comes nearly two months after the Iditarod Trail Committee announced that sled dogs on a 2017 race team tested positive for a prohibited substance. The dogs were on the team of four-time Iditarod champion Dallas Seavey, who denied giving them the drug.

Seavey later faced allegations of abuse at his sled dog kennels. A Matanuska-Susitna Borough animal care officer investigated and said he found no validity to the complaint.

St. George said the Iditarod's decision to implement dog-care standards had nothing to do with the failed drug test or abuse allegations.