‘This is absolutely asinine’: Dallas Seavey focuses on sabotage in drugging of his Iditarod dogs 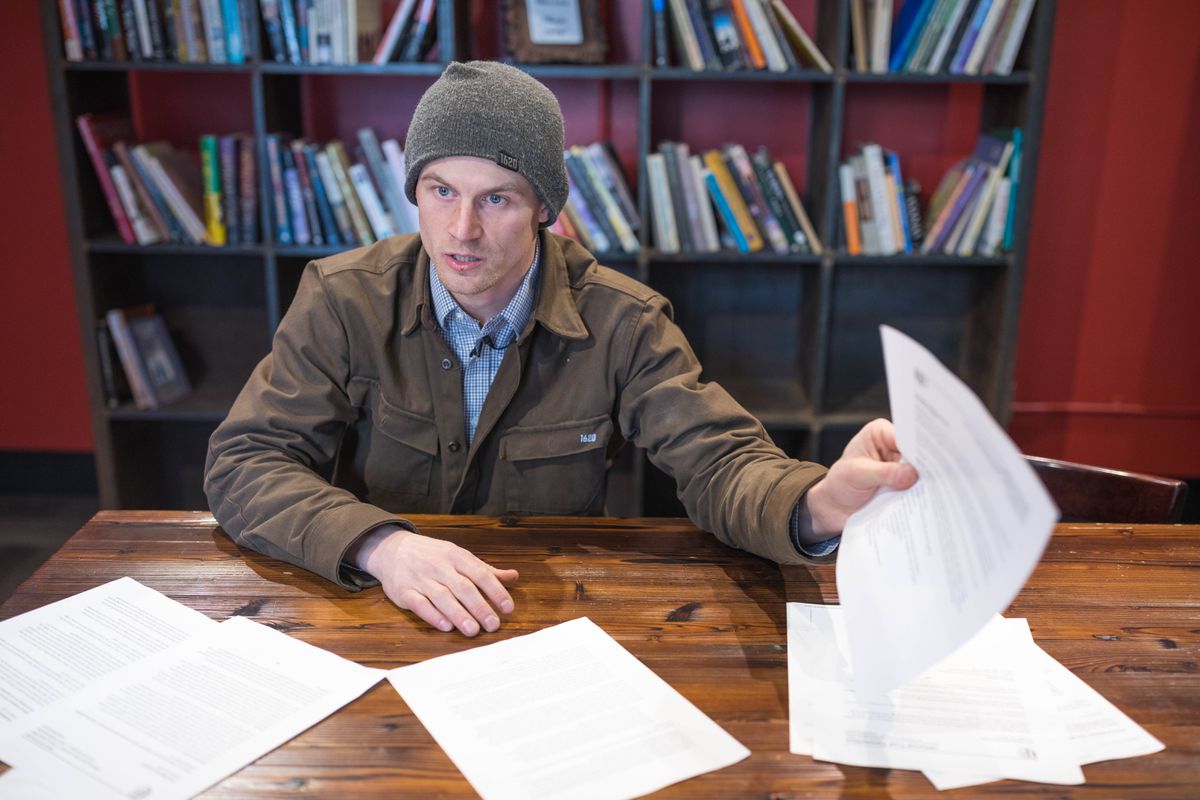 "I haven't eaten. I haven't slept," the four-time Iditarod champion said Tuesday, the day after Iditarod race officials named him as the musher whose four sled dogs tested positive for a prohibited opioid painkiller in Nome, after the team finished the 2017 race.

"I am dying here, piece by piece," he said during an hourlong interview in an Anchorage coffee shop. "I am so beat up right now."

Seavey, 30, said there's no way he gave his dogs the prohibited prescription drug tramadol, and speculated that someone else had drugged his dogs as they rested in the Nome dog lot after completing the race.

Iditarod mushers know that sled dogs from each of the top 20 teams get drug tested each year after they finish the race, he said. Seavey, who placed second, said he had also organized additional tests for his dogs in Nome so he could compare the results to those from blood samples taken before the race, in hopes it would help him determine how long it takes his team to recover.

Why, he asked, would he give his dogs a prohibited drug knowing two tests awaited them?

"Does it really seem plausible that in addition to the urine tests, I'm doing blood tests and I'm going to dope my own dogs before this?" Seavey said. "This is absolutely asinine."

In interviews Tuesday with various news outlets and in a nearly 18-minute YouTube video posted online the day before, Seavey reiterated that he did not give his dogs tramadol or any prohibited drug.

He also criticized how race officials handled the positive drug test results. He dropped out of the 2018 race, he said Tuesday, "based on how they handled this issue and quite honestly just out of protest of the whole thing."

Iditarod race officials have not said that Seavey gave his dogs the tramadol.

They have not said how the drug got into the dogs' systems. Chas St. George, race spokesman, said in an interview Tuesday they don't know.

"You have to look at the scenario and you have to ask yourself, 'Why would anybody want to do this at this point in the race?' " St. George said. "To me, it just doesn't make sense, but that's my own perspective."

The Iditarod officials have not penalized Seavey, St. George said, and they have not taken away his $59,637 in prize winnings from the 2017 race.

The race's governing board, the Iditarod Trail Committee Board of Directors, announced the sled dogs' positive drug tests on Oct. 9 and refused to disclose many details. The board said in its statement that since it could not prove the "intent" of the unnamed musher who competed with the sled dogs, it likely could not penalize the musher under the 2017 race rules.

So, the board announced, it had revised the rules for 2018. Now if there's a positive drug test, a musher must prove he or she did not give the drug to the dogs.

The board's statement did not include Seavey's name, the drug the dogs tested positive for or where the dogs were tested. It was the first time the race has announced a positive result from a sled dog's drug test.

Seavey said he was blindsided by the re-emergence of the drug test issue.

He said the Iditarod race marshal, Mark Nordman, had alerted him of the positive drug test in April. He said, at the time, he was not familiar with tramadol. It wasn't a drug they kept at the kennel.

"Our kennel is almost entirely holistic-based and that's the irony of this whole thing. We use as few drugs as possible," Seavey said.

Tramadol is a small, white pill that veterinarians often prescribe to treat dogs' chronic and acute pain, according to Dr. Jamie Peyton, a veterinarian with the Integrative Medicine Service at the University of California Davis. Though, she said in an interview Tuesday, tramadol is better used for chronic pain. Humans can also use the drug as a pain reliever, she said.

Peyton said the drug's main side effects in dogs are "sedation" and gastrointestinal issues.

"But if the dog had been on it for a long time, they get used to that sedation," she said.

After finding out his dogs tested positive for tramadol, Seavey said, he talked on the phone with Nordman several times between April and June. He said he told Nordman he did not give tramadol to his dogs and he did not believe the drug was given to them by accident. He told him he believed, most likely, it was sabotage.

Nordman could not be reached Tuesday.

Seavey said he believed he last talked to Nordman sometime in June and then not again until after the Iditarod's Oct. 9 statement. He said he was told in that summertime conversation that he would not be penalized and he believed the issue was over, Seavey said.

In a statement Monday from the Iditarod Trail Committee, Nordman and Iditarod's chief veterinarian Stuart Nelson denied telling Seavey the issue was resolved.

Nelson did not answer calls Tuesday.

Seavey said he didn't hear about the drug tests again until Oct. 9, when the first Iditarod statement was released. He said he started calling race officials right away, "whoever I could talk to."

He said he wanted the rest of the story out. He said he felt like the Iditarod's statement said he was guilty and race officials just couldn't penalize him because of the way the rules were written.

"How the race handled this issue was malicious," Seavey said. "It's pretty clear that their position is, 'They think you're guilty but they can't prove it.' "

Before that, Seavey said, he tried to get the Iditarod to release more information and tried to anonymously give information to the press. He had another Iditarod competitor approach Alaska Dispatch News last week and ask if a reporter would agree to an interview with the musher referenced in the Iditarod statement, with the condition the musher remain anonymous. The ADN, which did not know the identity of the musher until Monday, declined unless the musher would publicly identify himself or herself.

Seavey ultimately released his own anonymous statement through the Iditarod Official Finishers Club last week under the guise of "Musher X."

Now that he's not racing the 2018 Iditarod, he said, he is no longer constrained by the Iditarod policy, often called the "gag rule," that prohibits mushers from speaking out about race issues. Now, he said, he can finally tell his full story.

It was like, he said, "I've jumped off the cliff."

"I gave the Iditarod the middle finger and said, 'I'm going to tell the truth,' " Seavey said. "The board has been operating under the assumption that mushers will kick and scream but at the end of the day they're all going to show up right there on Fourth Avenue because they have nowhere else to go."

Seavey said he feels like the race did nothing to protect him or prove his innocence. He said he feels like he was unfairly targeted by the board and "thrown under the bus." Perhaps, he said, it was because he had spoken out last year about the race allowing mushers to carry cellphones.

Seavey said he believes the race needs to increase security, especially in the Nome dog lot, and believed the Iditarod board could not be trusted until it got new members.

Andy Baker, president of the Iditarod board, did not respond to a request for comment Tuesday. St. George said he could not speak on behalf of the board.

Seavey said that since the race released his name Monday, he has been overwhelmed with support from mushers. Some took to Facebook to post that they believed what Seavey had to say.

Four-time Iditarod champion Lance Mackey wrote on his kennel's Facebook page that while "NOT being a huge Dallas Seavey fan" he did not believe Seavey doped his dogs. "I am 100% behind Dallas, stay strong champ!" the post said.

As a champion of many races, including Iditarod , knowing the BS that that title brings , the jealous competitors, fans...

"I've poured my life into this for 10 years," he said. "This is the only thing that I do. This is my career. This is my entire life."

Seavey said he was flying to China on Tuesday night for a speaking engagement. Maybe, given the news headlines about the drug tests, it would be the last time anyone asked him to speak before a crowd, he said.