For the sake of the dogs, is it time to slow down the Iditarod? 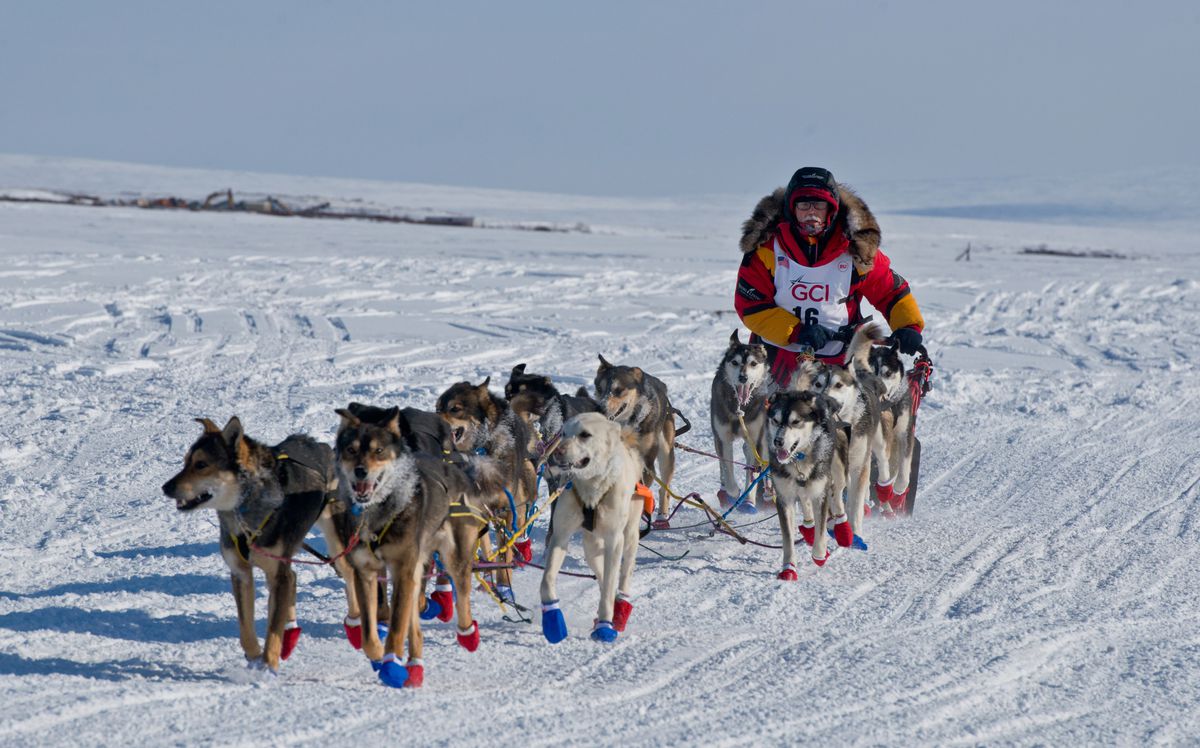 This is a normal state of affairs. However, this year there seems to be an underlying uneasiness. Idita-dope and allegations of animal abuse at several prominent kennels has been front-page news. Animal rights organizations accuse the Iditarod of being a cruel event and are vowing to be on the trail protesting.

Through it all, the Iditarod Trail Committee sails along seemingly unaffected. The ITC's comments on the doping scandal have been generic at best. The committee did not hazard a comment on any abuse charges.

The ITC did announce it would require some type of dog-care protocol from kennels intending to enter the 2019 event, but since that announcement, nothing more has been heard.

The speed of the 1,000-mile race to Nome and the care of dropped dogs at checkpoints has been questioned by both participants and fans over the past 12 months. On Thursday I spoke on the phone with Stu Nelson, the Iditarod head veterinarian. He assured me the dropped-dog procedures have been improved.

Indeed, the new manual on dropped animals has addressed the issue of dogs escaping from volunteers assigned to handle them. Those who are inclined to read closely will find no other changes of substance.

The care of dogs dropped in an outlying community such as Shageluk or White Mountain can face obstacles. Volunteers assigned to tend for animals are, as a rule, not from the village. They are folks from out-of-state who are given a "crash course" (Iditarod wording) in dog care.

Dropped dogs, by the very definition, are under some stress. They are fastened to a short drop chain on a good bed of straw. Someone is supposed to check on them every two hours. They are to be fed at 8 a.m., 4 p.m. and midnight. No doghouse or shelter is provided.

Maybe the ITC could hire someone in the villages to build a few kennels for dropped dogs when the race came through. A few dollars go a long way in a Bush community. I would not leave my stressed dog out in the open on a straw bed at home. Would you?

Villages such as White Mountain move dropped dogs to Nome via the Iditarod Air Force. Small planes like Cessna 185s pick up seven or eight dogs at a time for the trip. In years past, the dogs were bagged for the trip, with just their heads sticking out. The animals I saw last year were fastened by a very short drop to rings in the floor. It is fairly obvious that this isn't a very dog-friendly method of transport.
Beyond the obvious lapses in ITC dog care, there has been increasing pressure from inside and outside the event to slow the overall speed of the race.

[Iditarod says it will establish dog-care standards for competitors]

Proponents of a slower Iditarod cite the advantages of less stress on the trail. They also point out that a slower pace might allow more dogs to compete. Kennels would not need to breed as many dogs.

Competitive mushers over the past decade claim they are improving the breed and the increased pace is due to better genetics, innovative training and excellent nutrition. They contend that faster is a normal evolution in all sports.

Both arguments have merit. Be that as it may, the Iditarod Sled Dog Race is run for the entertainment of fans. The funding comes from sponsorships. Almost all changes in the race over the past decades have come in an effort to appease those sponsors and fans.

Even when the ITC does not make substantive changes, it pays lip service to change. If fans demand a slower Iditarod, it will happen. There are there are ways the Iditarod could be slowed without affecting competition, and some may be worth pursuing:

— Require increments of rest time over all sections of the race (For example, 18 hours of required rest between the start and Nikolai, taken anywhere the musher deems most effective.) Trackers could aid in this, allowing the team to stop between checkpoints in a minimum of half-hour increments. There also could be required increments along the Yukon and between Unalakleet and Nome.

— Traditional sleds with a minimum eight-foot bed must be used. Nothing allowed behind the driver.

There is no doubt that any of these suggestions would have an effect on both the speed of the Iditarod and on dog care. Whether the racing public wants any of these changes is a dog of a different color entirely. As for dog drivers, they have historically resisted changes to the sport unless initiated by mushers themselves.

Whatever changes are in store for the sport of mushing, dog care must be at the forefront. The mushers need no advocate; they can pick and choose their races. The ITC needs no proponents; it exists for public entertainment.

John Schandelmeier is a lifelong Alaskan who lives with his family near Paxson. He is a two-time winner of the Yukon Quest and a Bristol Bay commercial fisherman.