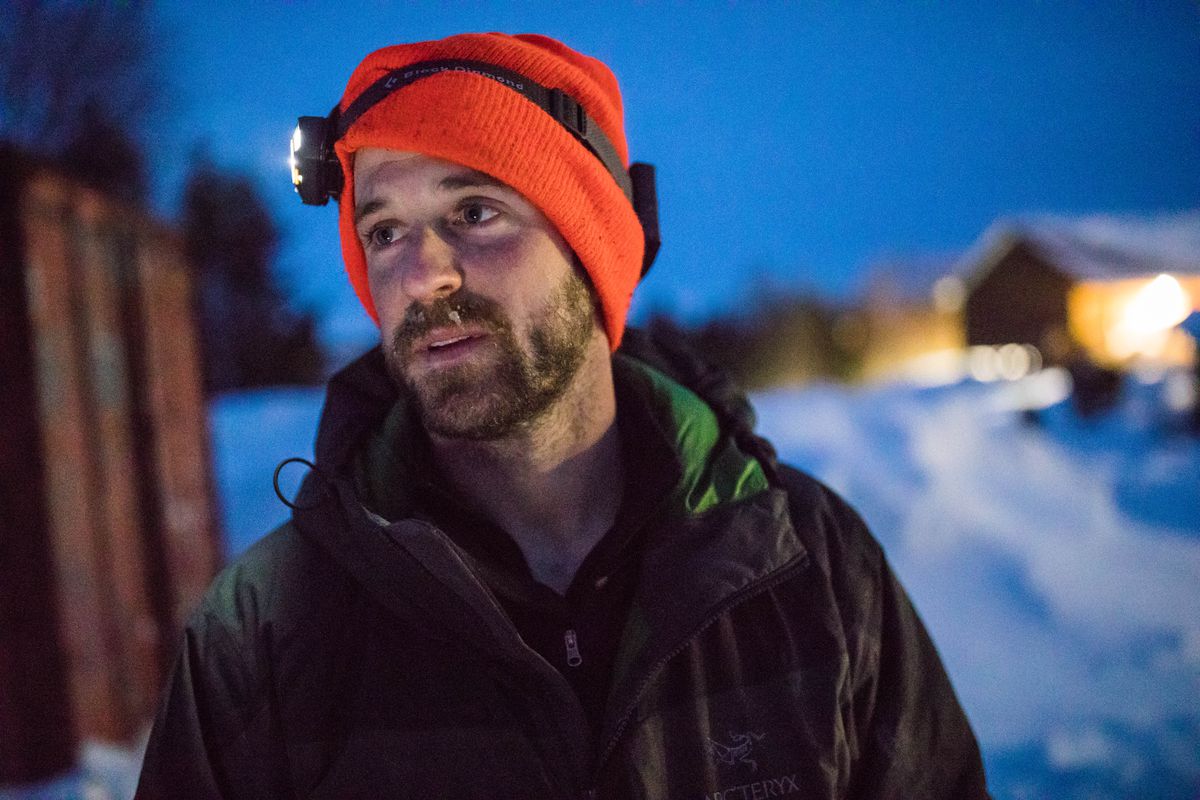 Bradley Farquhar takes a break from tending to his dogs Saturday in Shageluk. (Loren Holmes / ADN)

Bradley Farquhar takes a break from tending to his dogs Saturday in Shageluk. (Loren Holmes / ADN)

SHAGELUK — As Canadian musher Bradley Farquhar and his 11 sled dogs traveled into the village here early Saturday, he started to hallucinate.

To try to keep himself awake, he sang a song by The Beach Boys. He kicked his foot and pushed his ski pole off the ground. The dog heads floated by.

"I'm there singing, 'Ba ba ba ba Barbara Ann,' " Farquhar, a 32-year-old Iditarod rookie, said as he dished out a meat and kibble mixture to his resting dogs at the checkpoint here around 7 a.m.

It's day seven of the Iditarod Trail Sled Dog Race and the sleep deprivation is real.

As much as Farquhar tried to stay alert on the 55-mile snowy stretch of remote trail between the checkpoints of Iditarod and Shageluk, he eventually succumbed to sleep. He dozed off standing up on his sled runners several times. Eventually, dropping a ski pole.

[10 ways mushers are staying awake on the trail]

The motion of driving the pole into the ground over and over again had helped keep him busy, focused and awake, he said. (Well, at least most of the time.) He lamented the loss.

"You just nod off for a second, but a second is all it takes to screw things up," he said.

Since the beginning of the Iditarod about six days earlier, Farquhar said, he had probably slept a total of 18 to 20 hours. Or so. That estimate, he cautioned, comes "from a very sleep-deprived person."

Musher Emily Maxwell, a 33-year-old from Iowa, thought she saw small animals along the trail to Shageluk, including cats wandering nearby.

Small spruce trees morphed into piles of garbage. At one point, she could have sworn the light from her headlamp bounced off a big, green trash can, but she knew that couldn't be.

"It was hard to keep my eyes open," Maxwell, a race rookie, said as she carried a sleeping bag and water bottles to a log building where she planned to take a nap.

Earlier in the race, Anchorage musher Scott Janssen said he hallucinated overpasses along the trail.

"I saw clear as day an overpass," he said. "I ducked down because it was low. Clear as a bell. I'm like, 'Woah!' and then I turn around and there was nothing there. I just cracked up."

He had yet to hallucinate, he said. He uses caffeine pills and energy drinks to fight sleep on the trail. Still, about now, he could certainly go for a rest.

"I'm just about falling over I'm so tired," he said.