Hugh Neff barred from 2019 Iditarod amid concerns over dog care 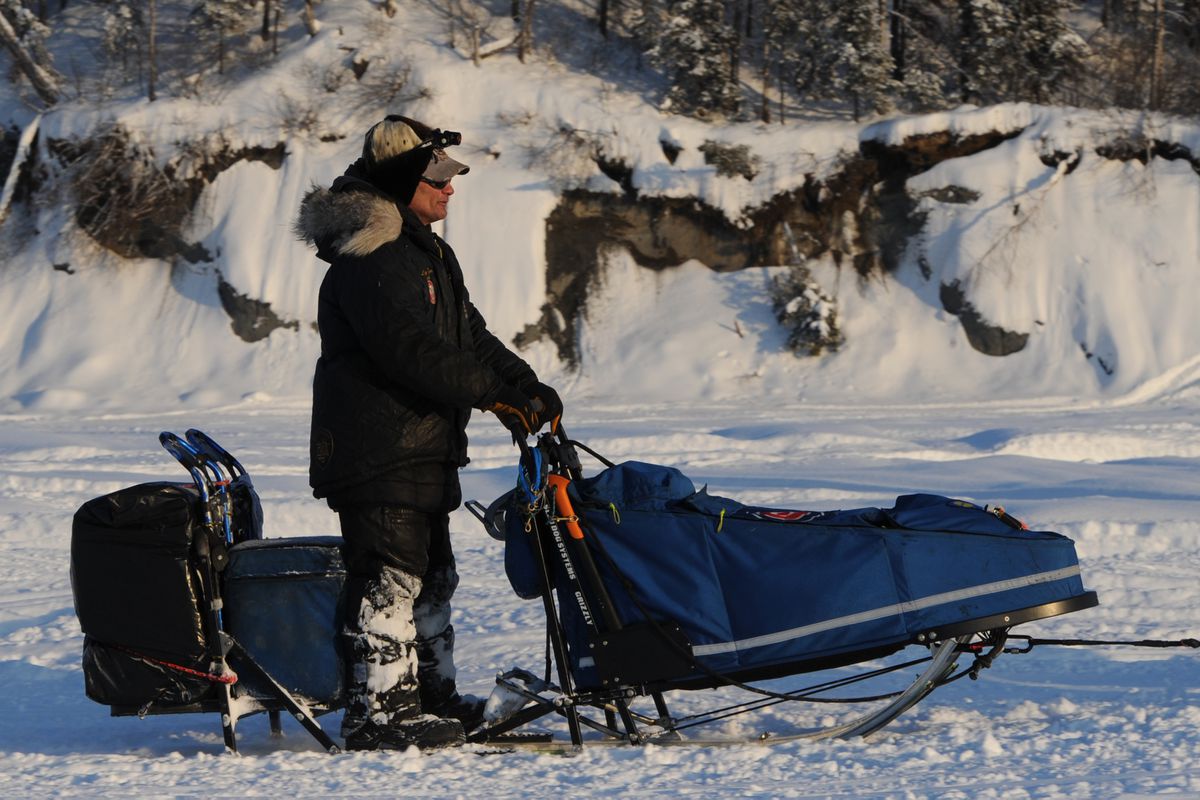 Hugh Neff drives his dog team down the Susitna River during the Restart of the Iditarod Trail Sled Dog Race in Willow on Sunday, March 4, 2018. (Bill Roth / ADN)

Hugh Neff drives his dog team down the Susitna River during the Restart of the Iditarod Trail Sled Dog Race in Willow on Sunday, March 4, 2018. (Bill Roth / ADN)

Longtime musher Hugh Neff has been banned from competing in the 2019 Iditarod Trail Sled Dog Race “due to concerns over his lack of dog care” during the Yukon Quest earlier this year, Iditarod officials said Wednesday.

One of Neff’s dogs, Boppy, died during the 1,000-mile Yukon Quest. Organizers for that race also barred him from competing in 2019.

The Quest and the Iditarod are the premier long-distance sled dog races in North America. The Iditarod’s Qualifying Review Board, the committee responsible for reviewing entry applications, rejected Neff’s application, race organizers said in a statement. The Iditarod Trail Committee said Wednesday that Neff’s inelgibility is only for the upcoming race and is not a lifetime ban.

“Musher Hugh Neff’s entry application to compete in the 2019 race has been denied by the QRB due to concerns over his lack of dog care during the 2018 Yukon Quest International Sled Dog Race,” officials with the Iditarod Trail Committee said. “The Iditarod Trail Committee believes that the highest level of dog care must be achieved not only in its event but throughout the year.”

Unfortunately Laughing Eyes kennel won't be participating in the Iditarod next year. However we do have 2 teams in the...

Organizers for the Yukon Quest in April barred Neff from competing in their 2019 race after a necropsy indicated one of his dogs was severely sick when it died during this year’s race. A medical examination revealed the husky died from aspiration pneumonia, which happens when a dog inhales vomit.

[Mushers say the Iditarod can be saved. Here’s how.]

Boppy’s death prompted Neff to drop out of the Yukon Quest race in February, just before the team hit the race’s halfway point in Dawson City.

Neff, who has competed in 14 Iditarod races and 18 Yukon Quests, couldn’t be reached for comment Wednesday. In a Facebook post the same day, Neff said that although he wouldn’t be competing, his Tok-based kennel will still provide sled dogs for Iditarod mushers.