Iditarod’s top rookie rates her ride: ‘Like driving a Ferrari’ 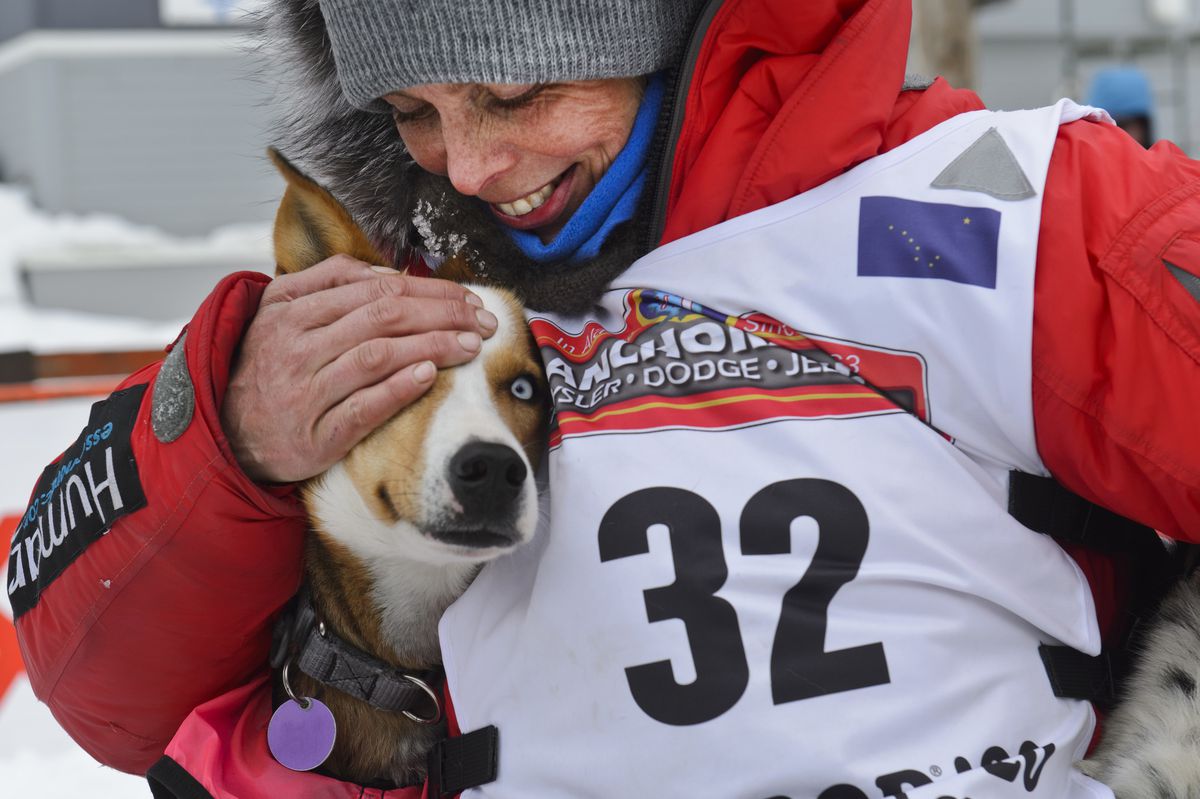 NOME — Very little about Danish adventurer Mille Porsild screams “rookie,” from her vast experience as a polar traveler to her background in mushing.

She is a 46-year-old who has made 15 long-haul polar expeditions with freight dogs and she helped launch Team Racing Beringia, the small team of mushers who use their experiences to create learning programs for educators. According to her biography, she has spent more than 1,000 nights in a tent while exploring the Arctic.

But until this year Porsild had never taken on the Iditarod Trail Sled Dog Race, and by placing 15th Wednesday she added “Iditarod Rookie of the Year” to an already robust resume.

And yes, she made some errors along the way that could be called rookie mistakes — although during an interview Wednesday in the Front Street finish chute, Porsild said some of her miscues are the kind anyone can make, not just rookies.

“Oversleeping, for example,” she said. “Make sure you actually set your alarm when you set it (and) not fall asleep before you push the button.”

Porsild finished at 3:43 p.m. Wednesday, three hours behind 2019 champion Pete Kaiser of Bethel and three hours ahead of veteran Jeff Deeter of Fairbanks.

She’s the first woman to win the Rookie of the Year award since 2007, when Norway’s Sigrid Ekran finished 20th. In all, seven women have won the award, including Jessie Royer of Fairbanks, the 2001 Rookie of the Year who claimed third place this year and last year.

In recent years Europeans have dominated the award, winning it six times in the last eight years. The top rookie in 2013 — Joar Leifseth Ulsom, a Team Racing Beringia member from Norway — went on to win the 2018 race, and the top rookie in 2015 — Thomas Waerner of Norway — won this year’s race.

Porsild finished with six dogs, including a blue-eyed leader named Fenix. Her team was a collection of sled dogs from various Alaska kennels that she ran and raced through the winter, and the ride they gave her on the Iditarod Trail was far different from what she is used to.

Porsild has traveled the polar regions of Russian, Greenland, Canada and Scandinavia behind a team of freight dogs — 100-pound animals that are two or three times the size of sled dogs. The freight dogs move about 3 mph, she said, and Iditarod dogs can go 7, 8 even 9 mph.

“They are different from the freight dogs I am used to. They just march on. These guys,” she said of her Iditarod team, “it’s more like driving a Ferrari in some pretty wild conditions.

“… They have such an insane drive. They’re so spirited and so happy. I’m used to driving a military tank through places where there is nothing and you just never worry about anything. They stop and take care of themselves. These guys go at such incredible speeds, and the crazier the trail is, the more you see the smiles on their faces. They’re like, ‘Yeah, can we tip you off this sled?’ ’’