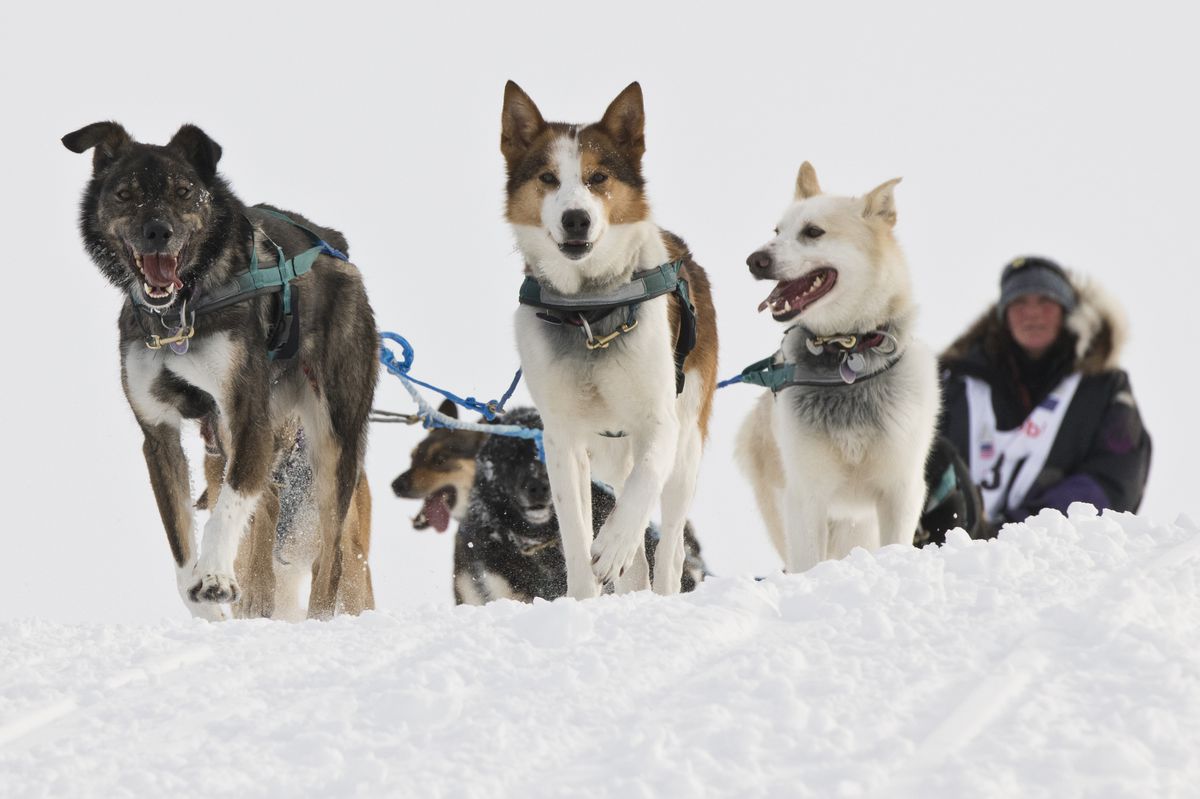 Michelle Phillips and her team approach Nome on their way to a 13th-place finish in this year's Iditarod. (Marc Lester / ADN)

Michelle Phillips and her team approach Nome on their way to a 13th-place finish in this year's Iditarod. (Marc Lester / ADN)

Early-bird entrants in the 2021 Iditarod Trail Sled Dog Race will get a discounted entry fee and the top 20 finishers will likely get a smaller paycheck as a result, the race announced Thursday.

Entries for next year’s race from Anchorage to Nome opened this week.

The changes are being made in anticipation of “the impact of COVID-19 for its collective community,” according to a statement from the race.

A number of mushers run tourism businesses in the summer, and many of the tourists who take kennel tours and sled dog rides are from cruise ships -- and the pandemic has wiped out most sailings to Alaska this summer.

This year’s Iditarod purse paid $501,120, with $51,607 going to winner Thomas Waerner. The top 20 finishers all took home prize money, and every finisher outside the top 20 received $1,049, a figure that represents the historic distance of the Iditarod trail.

[Iditarod champion Thomas Waerner is finally back home in Norway, 11 weeks after winning the race]

The loss in recent years of major sponsors like Wells Fargo and Jack Daniel’s has put a dent in race revenue and the purse has dropped as a result. In 2018, the race reduced the number of finishers who win a percentage of the purse from the top 30 to the top 20.

The winner’s share of the purse shot up to $70,000-$75,000 during a three-year range from 2015-17 and has been about $50,000 in the three years since. The winner also has traditionally received a new truck from Anchorage Chrysler Dodge Jeep Ram, but the franchise ended its sponsorship, effective with the 2021 race.

New this year is $500 worth of reimbursements for veterinary care for the first 50 mushers who sign up for the race. The reimbursements are part of the Pike Dog First Wellness Initiative.