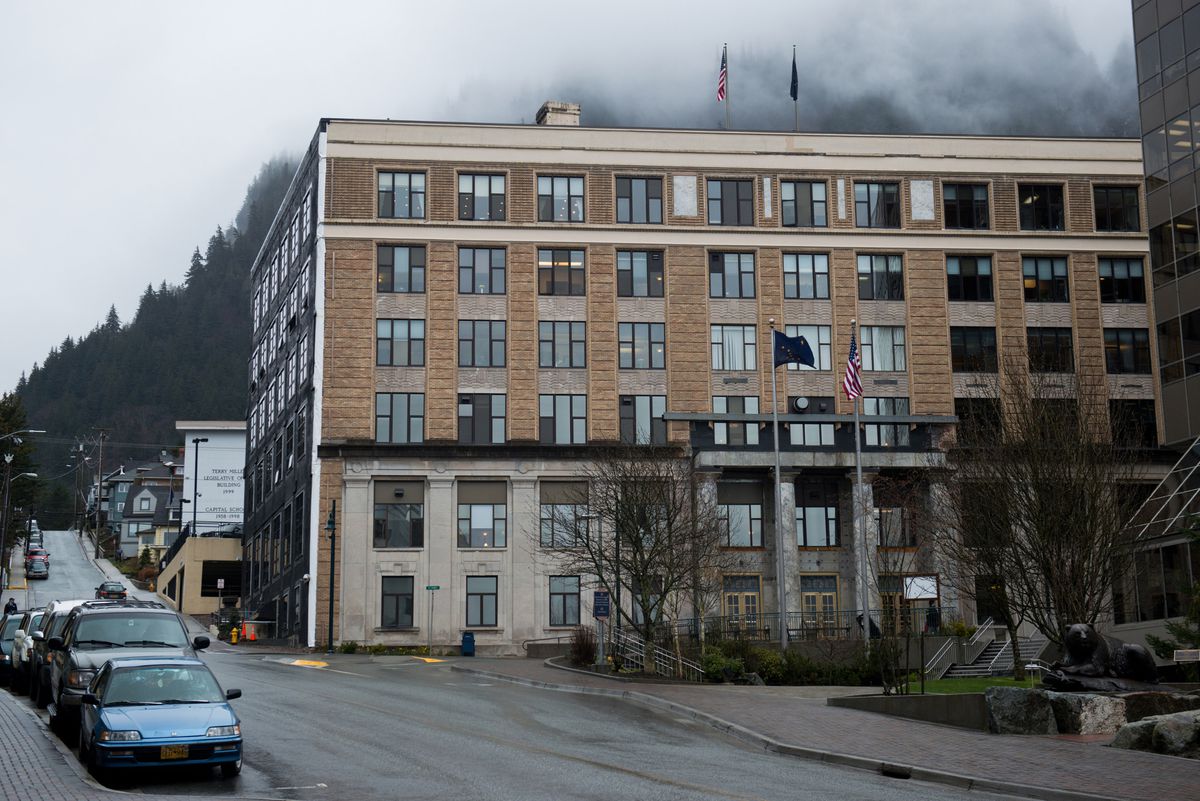 A business-backed political group is wading into the Republican primary election, working to defeat moderate incumbents in a pair of races that could help determine control of the Alaska House next year.

The group, the Accountability Project, is headquartered at the Midtown Anchorage offices of Advance Supply Chain Integrators, an oil and mining logistics company whose clients have included BP and ConocoPhillips. Some of the group's income, a pair of $10,000 contributions in June and July, came from from transportation company Lynden and Lynden's chairman, Jim Jansen, long an oil-industry ally in Alaska.

The Accountability Project is supporting two new efforts to unseat a pair of incumbents who are currently part of the House's Republican-led majority, Jim Colver of Palmer and Paul Seaton of Homer, according to campaign finance reports filed this month.

Both Seaton and Colver belong to a moderate Republican faction in the House calling itself the Musk Ox Coalition, which has occasionally joined Democratic minority members in votes on high-profile legislation. One was on an oil-tax credit bill the House approved in May over vehement industry opposition, before the legislation was scaled back by the Senate.

Now, Colver and Seaton face primary challenges that will help decide whether the House next year stays in control of a Republican-led majority like it is currently, or the chamber flips to a bipartisan coalition that includes some urban Democrats as well as Musk Ox Coalition members. The primary election is Aug. 16.

"Both of those guys are very susceptible to flipping over to a Democrat-led coalition in the House," said Scott Hawkins, treasurer for The Accountability Project and president of ASCI. "Where the state's at today — in terms of the budget deficit, the whole thing — we think that would be disastrous."

Last week, reports filed with state campaign finance regulators showed the creation of independent expenditure groups working on behalf of Beth Wythe and George Rauscher, who are challenging Seaton and Colver in the Republican primary.

Independent expenditure groups are Alaska's version of the super PACs spawned by the 2010 U.S. Supreme Court decision in the Citizens United case. The groups are allowed to raise and spend unlimited money from unions, corporations, or individuals as long as their efforts aren't coordinated with the political campaigns they're supporting.

That's in contrast to candidates, who can't accept donations larger than $500 from individuals and are barred from accepting corporate contributions.

The new independent expenditure groups are chaired by local Republicans, who will be identified in television or radio advertisements.

Curtis Green, husband of former Republican Senate President Lyda Green of Wasilla, is chair of "Conservatives for George Rauscher," while Dan Martin of Homer chairs "Wythe is Right! Seaton Must Be Beaten."

Green and Martin both declined to comment and referred questions to Erin McLarnon, who's listed as the communications director for both groups as well as the chair of the Accountability Project.

Hawkins, the treasurer for all three groups, said he couldn't say whose idea it was to link the local Republicans with the project. But said all the participants in the political effort share "common interests."

"The resolve and commitment to get the size and revenue requirements of state government down to a level that the state can afford in the future — we think that's going to take serious resolve on the budget-cutting side," Hawkins said in a phone interview. "Conservatives have not done a great job of keeping spending under control, but we don't have any confidence that a Democrat-led coalition could be helpful."

It's not unusual for business and labor groups to take sides in state elections — hundreds of thousands of dollars were spent in the 2014 legislative and gubernatorial campaigns. But it's less typical for those groups to get involved in primary campaigns, or to work with separate groups targeting individual House races.

With less than a month until the election, both union and business groups appear to be ramping up campaigns in key districts.

Another group funded by Laborers' Local 341, whose members include construction workers and nurses, has spent $3,700 on radio ads on Colver's behalf.

"Stakes are very high," said Joelle Hall, Alaska AFL-CIO operations director, the state's largest labor organization. Referring to the House and Senate, she added: "A couple of changes in either body, in either direction, and you start to have a completely different arrangement of the human beings down there."

Colver is a former Mat-Su Borough Assembly member in his first two-year term in the House. He beat Republican incumbent Eric Feige and Rauscher in 2014 and again faces Rauscher, whose campaign has the backing of some local Republican activists and the state Republican Party.

Seaton was first elected in 2002 and last faced opponents in 2012, when he got 55 percent of the vote in the Republican primary and 72 percent in the general election.

He's been one of the House's most active members in introducing legislation to close the state's massive budget deficit — his most recent bill proposed to institute new statewide income and capital gains taxes that residents could pay through withholdings of their Permanent Fund dividends.

He also helped lead talks in the House this year, along with Rep. Tammie Wilson, R-North Pole, on legislation to increase taxes and reduce cash subsidies for the state's oil companies. Those talks ultimately produced a bill that was approved with bipartisan support in May before the Republican-led Senate replaced it with a more industry-friendly version.

Seaton, in a phone interview, said he hasn't caucused with other groups but has worked with people outside the House's Republican-led majority, which he thinks his constituents want.

"That's what the entire legislative process is — to go forward and try to get 21 votes so we can pass something," he said, referring to the votes needed to approve bills in the 40-member House. "Everybody that I know is very happy that I am not strictly partisan, and they're looking out for the good of the state and looking for solutions that can actually pass."

Asked about the group supporting Wythe, one of Seaton's primary opponents, Seaton said people can "campaign for whatever they want." But if critics aren't offering alternative proposals for fixing the state's budget crisis, he added, "it's just talk."

So far, the new groups supporting Rauscher and Wythe have reported little activity to state campaign finance regulators. Each disclosed $2,500 in debts for "research" and "consulting" with a pair of Washington, D.C.-area firms, Aegis Strategic and CAP Public Affairs.

And both said they'd received $800 in "fundraising and admin support" from the Accountability Project.

McLarnon, the spokesperson for all three groups, said in an email the Accountability Project "will be a source of fundraising" for the Wythe and Rauscher groups. How much the groups spend in the two primary races, she added, "will depend on fundraising success."

The Accountability Project had a big presence in the 2014 state elections — including against Colver in his Republican primary — ultimately spending more than $150,000, generally in support of Republican candidates and opposing Democrats. That was far less than one of the major union groups, Working Families of Alaska, which spent more than $250,000 in the 2014 state elections, with much of that money coming from a Washington, D.C.-based labor fund.

"We see ourselves as a little Dutch boy with the finger in the dike, trying not to let the town be flooded," Hawkins said.

The group received four- and five-figure donations in 2014 from an array of business and industry groups, including Alaska Frontier Constructors, the Alaska Chamber of Commerce, Udelhoven Oilfield System Services, and Mallard Associates, a company that listed developer Bob Penney as one of its officials.

The project's largest donation, $80,000, came from the Republican State Leadership Committee — a national group headquartered in Washington, D.C., that says its mission is electing Republicans to state-level offices.

The Accountability Project had $42,000 in its bank account in its most recent campaign finance report, filed Monday. Its latest contributions came from Lynden and its chair, Jansen, who didn't respond to a phone message.