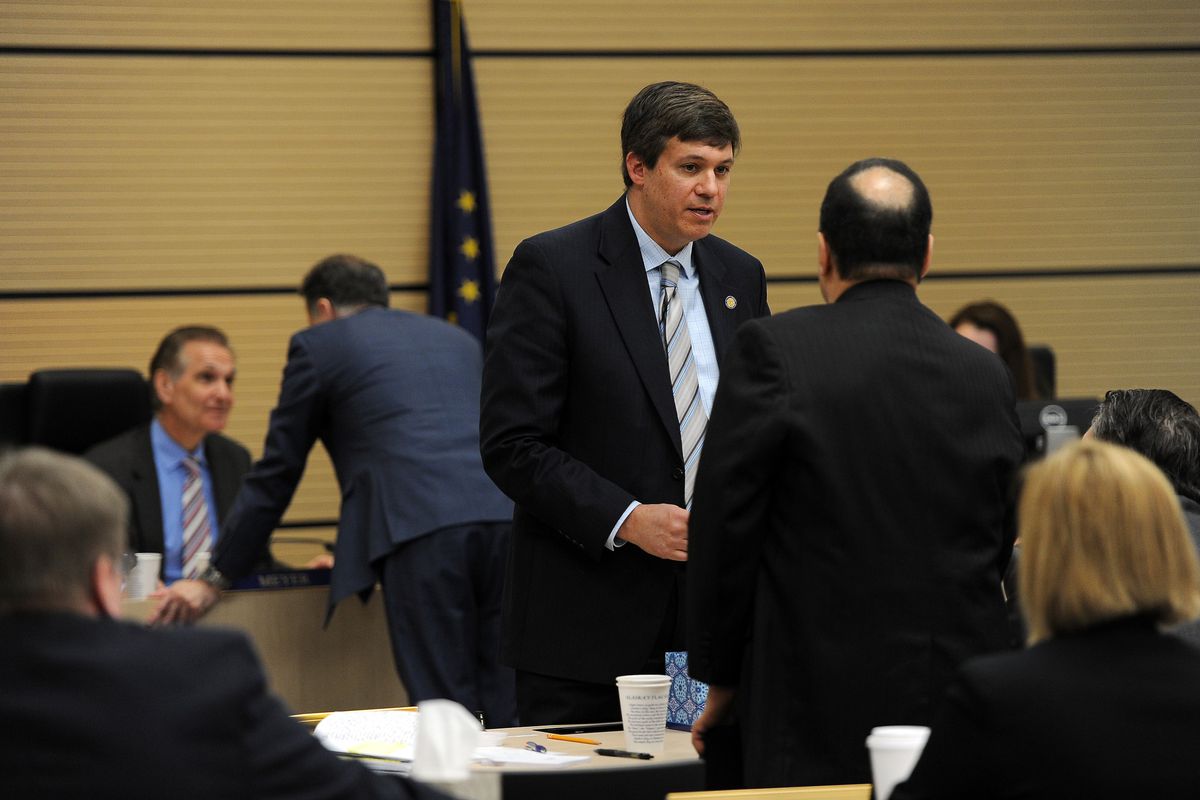 Wielechowski sent a letter Wednesday to Angela Rodell, the chief of the state-controlled Permanent Fund Corp., asking her to follow a law that says the corporation "shall transfer" half of its available income to a dividend account at the end of each year.

Walker's administration says his veto overrides the law, based on the governor's constitutionally provided veto power.

Wielechowski, in an appearance Thursday morning on talk radio station KWHL, said his letter is a required first step before a lawsuit can be filed to challenge the legality of the veto. Wielechowski, an attorney, raised the possibility of a challenge last month.

A spokeswoman for the Permanent Fund Corp., Paulyn Swanson, referred questions Thursday to the state Department of Law, which maintained that the corporation should accept Walker's line-item veto within the state budget bill.

Walker said he vetoed the money to protect the $54 billion principal of the Permanent Fund from being used to pay the state's budget deficit in the future. He said he wants to restructure the fund to provide more than a billion dollars a year in revenue to the state in addition to dividends. But some legislators, like Wielechowski, say reducing Permanent Fund dividends has a disproportionate effect on low-income Alaskans who rely in the dividend for everyday expenses.