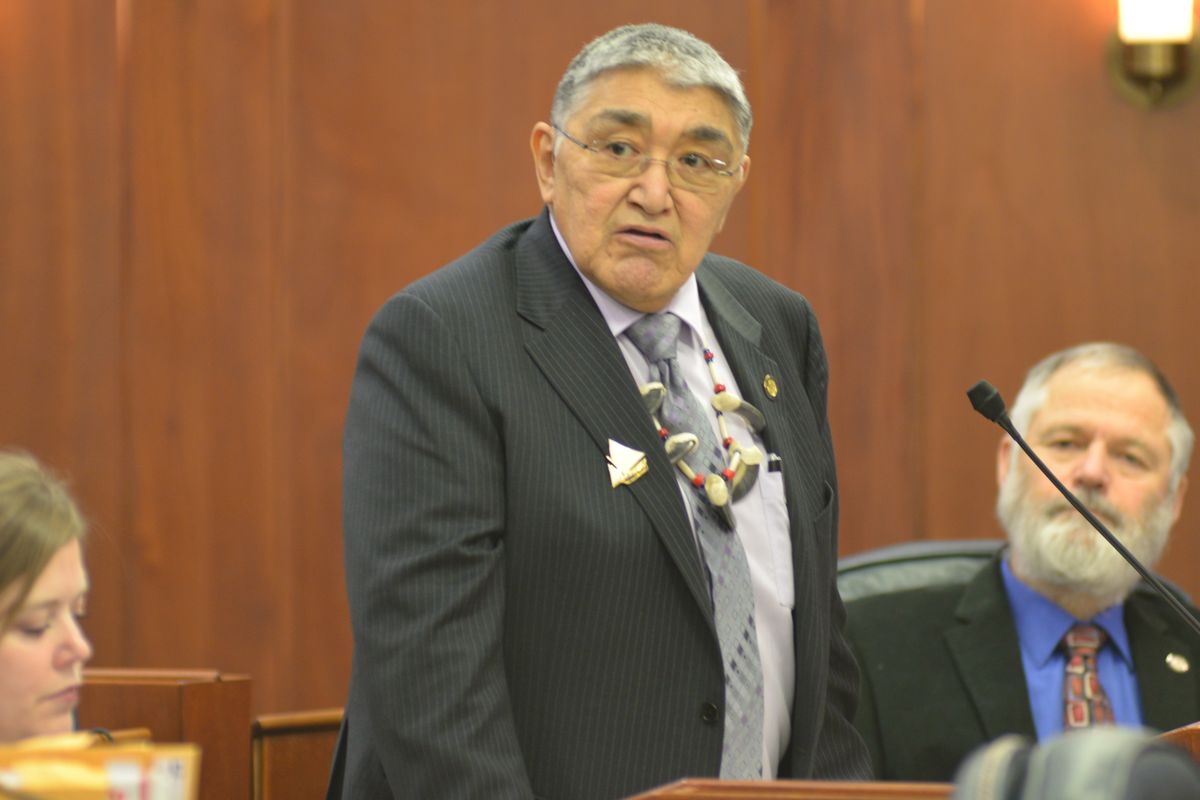 A state judge on Thursday overturned the results of the Democratic primary in Alaska's northernmost House district, declaring incumbent Rep. Ben Nageak the winner by two votes instead of challenger Dean Westlake.

Nageak was trailing by eight votes after a recount last month. But in a 27-page decision, Anchorage Superior Court Judge Andrew Guidi threw out 12 votes for Westlake and two for Nageak, leaving the incumbent ahead, 815-813.

In a prepared statement issued hours later, Alaska Lt. Gov. Byron Mallott, who oversees the Division of Elections, said the state had already appealed the ruling to the Alaska Supreme Court.

Guidi's decision came after Nageak challenged the state's administration of the election, following reports of irregularities after the August primary in House District 40, which stretches across hundreds of miles of rural northern Alaska.

In his ruling, Guidi dismissed most of the problems alleged by Nageak's attorneys as "isolated errors." But in the small Northwest Alaska village of Shungnak, which went 47-3 for Westlake, Guidi found poll workers acted with "reckless disregard of the requirements of law."

The poll workers, who didn't participate in training offered by the elections division, issued each voter two different ballots — one with Republican candidates and one with the Democratic primary candidates — instead of forcing them to choose one.

That error, Guidi wrote, was a violation of state law and the Equal Protection Clause of the U.S. Constitution. Since the Shungnak workers failed to participate in training, the division, Guidi added, "shares in the responsibility for the local officials' conduct."

In his prepared statement, Mallott responded: "We want absolute clarity on the issues involved and will follow whatever measures the Supreme Court deems appropriate in order to secure a fair election for the two Democratic legislative candidates in House District 40."

Guidi's ruling settles a weeklong trial in which Westlake, who's from the Northwest Alaska hub town of Kotzebue, intervened as a defendant. Nageak, who's running for his third term, is from the North Slope community of Barrow.

There's no Republican or independent candidate for Nageak's seat, making the August primary the de facto general election — though the state is also printing 10,600 alternate ballots in case the courts require a do-over in November.

The race between the two candidates, however it concludes, may help decide which political party controls the Alaska House next year — and that larger fight played into an unusual alliance between Nageak and prominent Republicans in the wake of the primary election.

Nageak follows a Bush-Democrat tradition of caucusing with the House's Republican-led majority, while Westlake has said he will likely caucus with urban Democrats if he wins — even if that puts him in the minority.

Nageak's attorney in the case before Guidi, Tim McKeever, was once chief of staff to former U.S. Sen. Ted Stevens, and last year worked on a Republican-led lawsuit by the Alaska Legislature to stop Gov. Bill Walker from unilaterally expanding the Medicaid health-care program — a priority of Democrats.

And Randy Ruedrich, the former chairman of the Alaska Republican Party, testified on Nageak's behalf as an expert witness during the trial.

Guidi's decision, in fact, hinged on an analysis by Ruedrich of how the double voting in Shungnak affected the outcome of the election.

Westlake had his own witness — his campaign manager, John-Henry Heckendorn — but Guidi wrote that Ruedrich's testimony was more "authoritative and reliable." And in his decision, Guidi calculated 12 "contaminated votes" in Shungnak should be thrown out — 11 for Westlake and one for Nageak, based on the existing split in votes between the two candidates.

Citing Ruedrich's testimony, Guidi ruled those dozen voters would have picked the Republican ballot — on which Nageak and Westlake didn't appear — based on historical averages.

Nageak didn't immediately respond to a request for comment Thursday. Westlake, reached in his parents' village of Kiana, east of Kotzebue, said he was "stunned."

"I don't know what to think," said Westlake, who was on a fishing trip. He added, referring to the justices who will hear the appeal: "We'll see what the five Supremes have to say."

Arguments in the Supreme Court case are set for next week.