Alaska Gov. Walker files to run for re-election as an independent 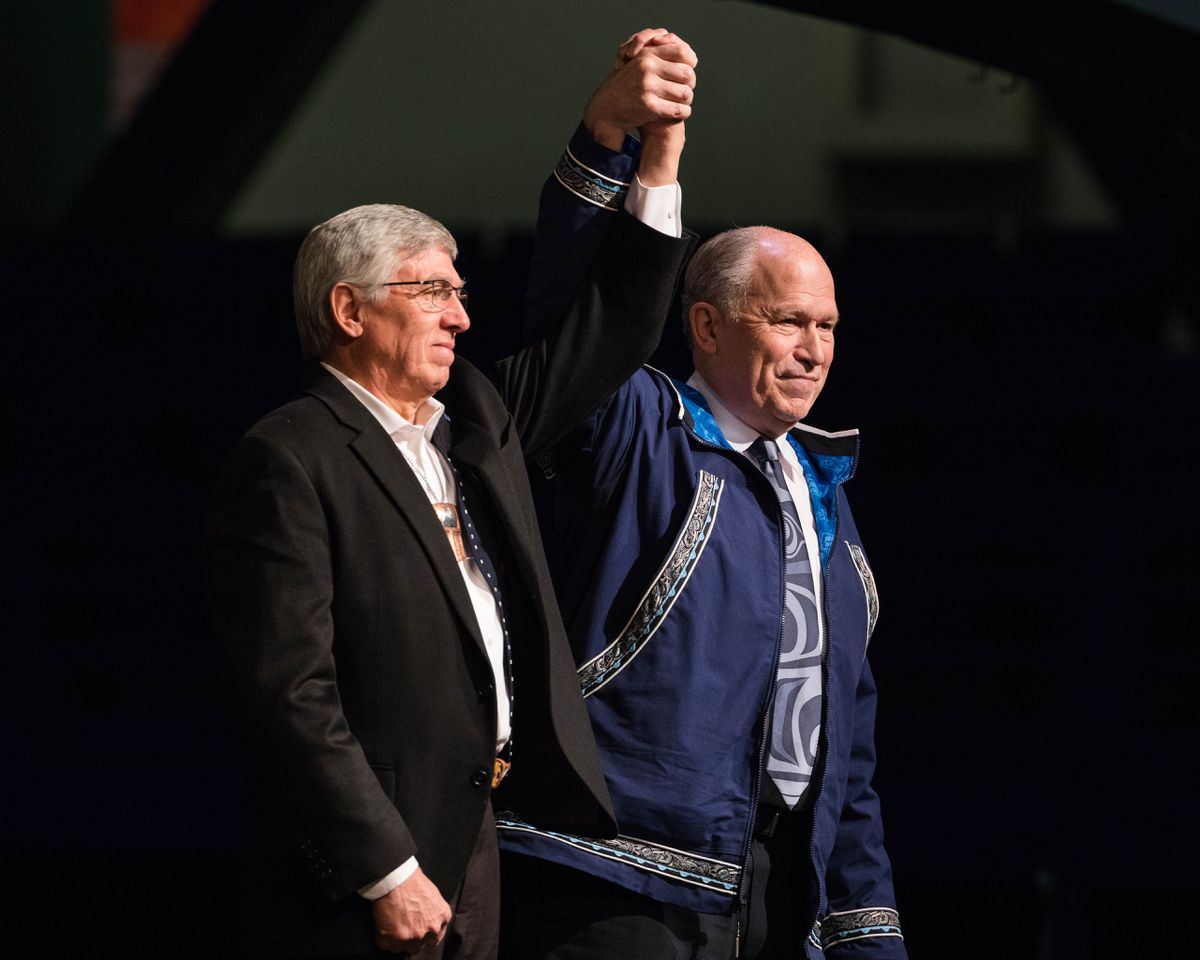 Alaska Gov. Bill Walker and Lt. Gov. Byron Mallott filed Monday to run an independent campaign for re-election, ending months of speculation about what they were planning for November 2018.

The two will seek re-election next year without the endorsement of a political party, according to paperwork they filed at the Alaska Division of Elections' Juneau office Monday morning.

"We believe that independent leadership that relentlessly puts Alaska's priorities first is critical to finishing the work we have started to stabilize and build Alaska," Walker said Monday in a prepared statement.

Walker is a longtime Republican and Mallott a longtime Democrat. But Walker dropped his party registration in 2014 so he could join his campaign with Mallott and receive assistance from the Alaska Democratic Party. Mallott had been the Democratic candidate for governor but agreed to take the No. 2 spot to accommodate Walker.

This time around, both Mallott and Walker are running as unaffiliated candidates. The move allows them to run as a ticket, but by bypassing the Democratic primary, they won't be able to receive party support unless they can snare a post-primary endorsement from party leaders.

A lawsuit filed by the Alaska Democratic Party could change that, however. It asks the state to allow unaffiliated candidates — like Walker and Mallott — to participate in partisan primaries, which would allow the pair to receive party support if they won. A hearing in the case is set for next month in Juneau.

In 2014, Mallott merged his campaign with Walker's, with party leaders subsequently voting not to replace Mallott on the ballot and to instead support what became known as the "Unity Ticket."

With support from the Democratic Party and organized labor, Walker and Mallott beat the incumbent Republican governor, Sean Parnell, 48 percent to 46 percent, in spite of a last-minute ad campaign launched by the Republican Governors Association in Parnell's defense.

Several Republicans have already said they're interested in challenging Walker in next year's election, while a spokesman for the Republican Governors Association said Monday that Alaska presented a "pick-up opportunity" for the party. Jon Thompson, the RGA communications director, said the Republican governors group would be "highly engaged" in the race.

[As some drop hints about running for governor in 2018, Walker remains a wild card]

No Democrats have filed.