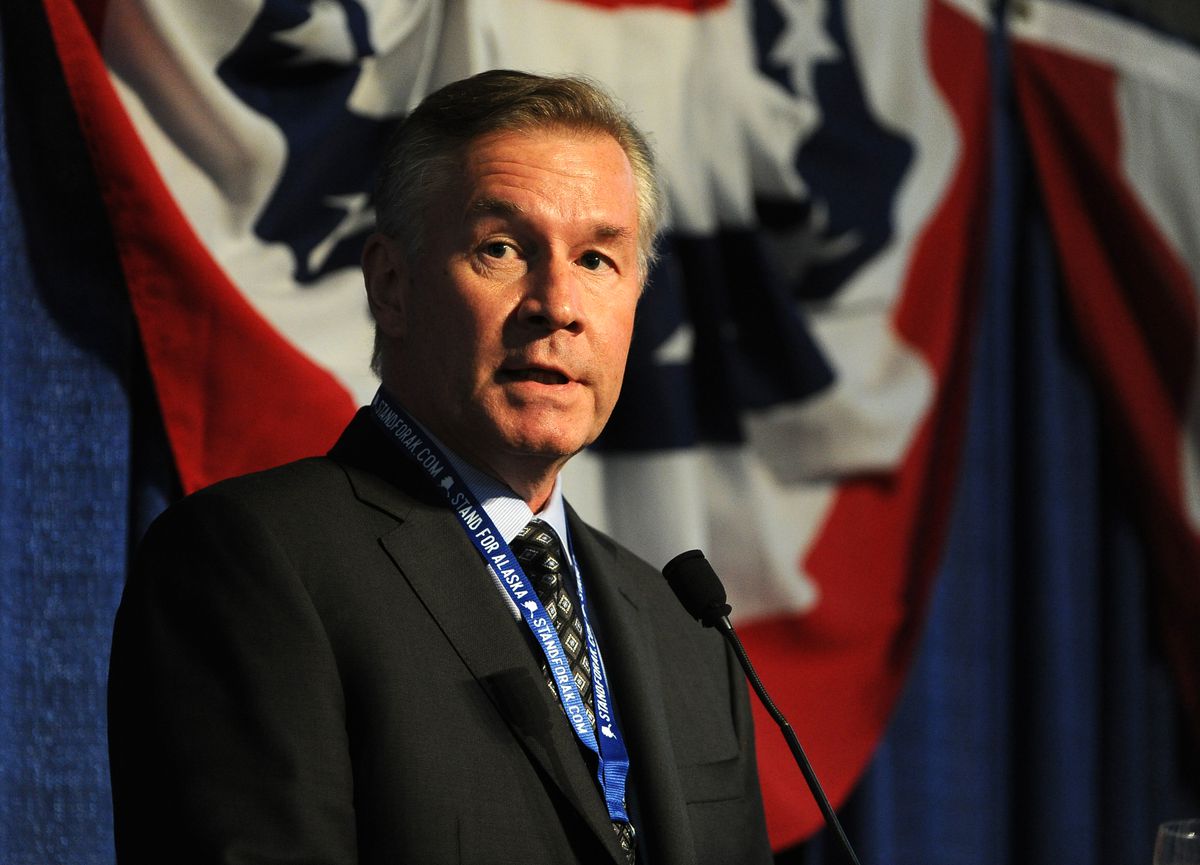 Scott Hawkins speaks at the Alaska Oil and Gas Associations governor’s debate at the Dena’ina Center in Anchorage on May 31. (Bob Hallinen / ADN archive)

Scott Hawkins speaks at the Alaska Oil and Gas Associations governor’s debate at the Dena’ina Center in Anchorage on May 31. (Bob Hallinen / ADN archive)

Scott Hawkins, a Republican candidate for governor and Anchorage businessman, announced Monday that he is withdrawing from the race, saying the entry of former Lt. Gov. Mead Treadwell last month complicated his chances of victory.

Hawkins said he had been looking forward to a head-to-head contest with Mike Dunleavy, a former state lawmaker.

"The two of us offered Republican primary voters different visions for Alaska as we engaged in a friendly, respectful airing of our ideas on the campaign trail. Mead's entry into the race significantly complicated this contrast," Hawkins said, in a prepared statement.

Hawkins entered the race in fall 2017. In May, he announced he was undergoing treatment for pancreatic cancer. Hawkins said Monday that wasn't a factor in his decision.

"I feel great," he said. "My doctors have given me a good prognosis, and have not encouraged me to drop out."

Polls have shown Dunleavy, who has enjoyed strong support from an independent expenditure group, with a sizable lead, Hawkins said. Hawkins said one poll that he had conducted about a month ago, after Treadwell had just entered the race, showed Hawkins and Treadwell were trailing by a good margin.

"Given that set of dynamics it just made it unwinnable," said Hawkins.

Treadwell said Monday his polling research shows he can win the race.

"Scott's departure leaves me as the only Republican candidate with real-world business experience that will enable us to meet the challenge of creating jobs and growing Alaska's economy," said Treadwell, who served as lieutenant governor under Sean Parnell starting in 2010, and is credited with helping start high-tech companies.

"While I understand his reasons for exiting the race, I welcome Scott's continued involvement in Alaska politics, supporting candidates who share his firmly held belief that Alaska's best days are ahead of us," said Dunleavy, a former school superintendent in northwest Alaska and former state senator who resigned early this year to run for office.

"Without doubt, I will be supporting the eventual Republican nominee," his statement said. "Alaska is at a crossroads, and there is simply too much at stake. There is far more that unites Mike, Mead and me than divides us. Four more years of Bill Walker or four years of Mark Begich will do nothing to improve Alaska's jobs climate and fiscal plight."

Dunleavy and Treadwell are considered the leading contenders for the Republican primary contest Aug. 21. Other major candidates in the overall governor's race include Gov. Bill Walker, running independent of any party, and former U.S. Sen. Mark Begich, a Democrat.