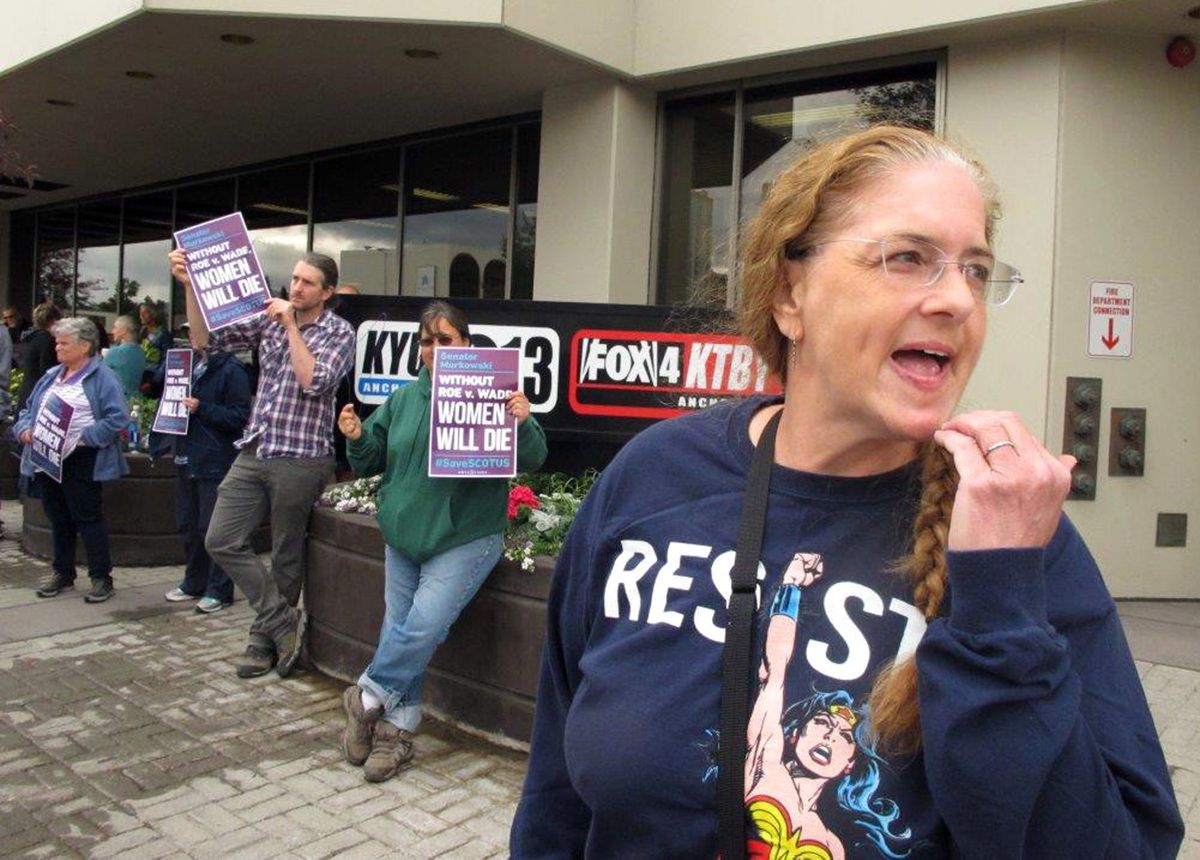 Protesters in Alaska's largest city rallied outside the office of U.S. Sen. Lisa Murkowski on Monday to urge her to vote against President Donald Trump's Supreme Court nominee.

Trump was set to announce his choice Monday night. But participants at the Anchorage protest said any selection by Trump would signify a shift to the far right for the court and pose a threat to Roe v. Wade, which established a woman's right to abortion.

Murkowski, R-Alaska, has supported access to abortion rights, along with fellow Republican Sen. Susan Collins of Maine. A Murkowski spokeswoman did not immediately respond to a request for comment about the protest.

"There's a majority of people who are not wanting this right-wing justice coalition," she said.

Gwen Helms of Anchorage, among about 75 protesters at the downtown rally, held a sign that read: "Without Roe v. Wade, women will die."

"I was a teenager when Roe v. Wade was put into effect," said Helms, a 62-year-old retired state corrections officer. "I just know that abortions are always going to happen and they need to be safe."

Mischa Daniels of Anchorage was among protesters who went inside Murkowski's office and filled out a public statement form. "I just wrote her a note asking her to fulfill her promises to protect women's rights," Daniels said.

Earlier Monday a group, including a retired state judge and a Native Rights lawyer, held a news conference to discuss the pending Supreme Court nomination. Speakers said the selection will be critical in multiple areas, including Native subsistence rights, health care, gay rights and the environment.