Pressure is on Murkowski over Kavanaugh vote 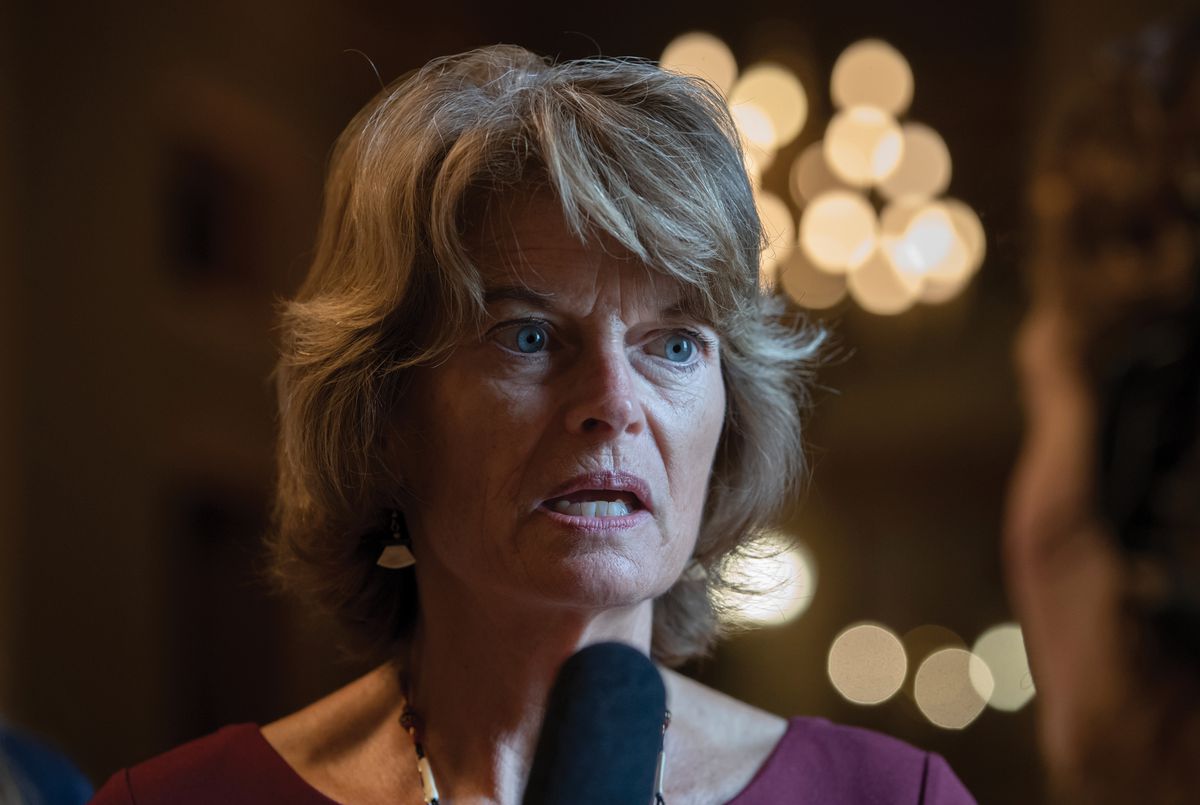 WASHINGTON — Organizations opposed to and supportive of Supreme Court nominee Brett Kavanaugh are continuing to push Alaska Sen. Lisa Murkowski, who some consider to be a moderate Republican swing vote.

Liberal organizations hope they can urge Alaskans to flood Murkowski's office with calls and apply the same kind of pressure that led the state's senior senator to defy her party on votes to repeal the Affordable Care Act and confirm Education Secretary Betsy DeVos. Conservative groups want her to hold the party line. Republicans have a razor-thin 50 vote majority in the Senate following the death of Sen. John McCain R-Arizona.

So far, Murkowski has made no clear indication of how she plans to vote. In an earlier interview, she expressed annoyance with the push to get her to make an early decision, before she had a chance to review Kavanaugh's body of judicial work.

Murkowski met with Kavanaugh last week, but did not indicate any decision afterward. (Alaska Republican Sen. Dan Sullivan had one of the earliest Senate meetings with Kavanaugh and announced immediately after that the judge had won his confirmation vote.)

In a statement released after her meeting with Kavanaugh, Murkowski said the two discussed privacy, "executive power, vouchers, Indian law, and healthcare, including women's reproductive rights and protections for pre-existing conditions," as well as "unique legal issues that arise in Alaska." Murkowski said she is seeking "a Supreme Court Justice with the character, the intelligence, and the balance to impartially apply the law to the facts of the case."

A survey conducted by Democratic polling firm Clarity Campaign Labs for Planned Parenthood Action Fund found that 63 percent of Alaska voters want Roe v. Wade to remain the law of the land, including 72 percent of independent voters who typically support the middle-road Republican Murkowski. Only 32 percent of Republicans polled agreed with Murkowski. (The poll is based on phone interviews with 597 registered voters in Alaska between July 3 and July 9.) The results are similar to a 2014 survey by the nonpartisan Pew Research Center.

But the anti-Kavanaugh advocates, who argue that he could help reverse the landmark abortion rights ruling in Roe v. Wade, undo protections of the Affordable Care Act and offer immunity to President Donald Trump in any potential criminal prosecution, appear to be getting nervous.

On Monday, they announced a new plan to focus on Democrats, rather than just Murkowski and Maine Republican Sen. Susan Collins, who, like Murkowski, favors abortion rights.

The new push by several organizations https://whipthevote.org/ will encourage public pressure on Democrats who have not yet announced their vote.

"In order to focus pressure on the true decision-makers in this fight," the groups need to put pressure on Democrats, said Elizabeth Beavers, associate policy director at left-wing group Indivisible.

Uniform support from Democrats will "give the political cover for true swing votes to swing," she said.

But the pressure on Murkowski and Collins won't get far unless they can be assured that all 47 Democrats and 2 independents are planning to vote "no" on the nomination. There are still two dozen Democrats who "who have not yet announced clear opposition to Kanvaugh's nomination," said Brian Fallon, executive director of Demand Justice, one of the organizations running anti-Kavanaugh ads in Alaska.

"We believe that there's a path to defeating his nomination," Fallon said. "This is a winnable fight"

Meanwhile, the pressure continues for Murkowski. Last week, 30 Alaskans flew to Washington, D.C., to urge her to vote no. Their trip was paid for by anti-Kavanaugh groups, including health care advocacy group Protect Our Care.

Fallon said by their count, advocates have made more than 1,000 calls to Murkowski's office since the nomination was announced. (That doesn't quite rise to the pressure campaigns last year over the education secretary and the Affordable Care Act repeal attempt, which ultimately resulted in a new phone system for Murkowski's overwhelmed office.)

Advertisements have also been up for about a month, Fallon said, both on television and a visual ad effort to "drive calls."

Meanwhile, pro-Kavanaugh conservative forces are applying pressure in Alaska too.

The National Rifle Association is running television advertisements in Alaska arguing that four liberal justices on the Supreme Court "oppose your right to self defense." Alaska has the highest rate of gun ownership in the country; more than 60 percent of adults own a gun, according to 2013 data.

The ads are also running in Alabama, Indiana, West Virginia and North Dakota, "red" states home to moderate Democratic senators. (Liberal groups are running ads in the same states, arguing that Kavanaugh is a creature of Washington, the son of a lobbyist with an affection for corporate interests.)

Americans for Prosperity, a Charles Koch-backed organization, has been running a paid media campaign and grass-roots support effort in Alaska.

"We're glad you are deliberate in your research and dutiful in your constituent outreach, but when it comes down to it, Judge Kavanaugh is a qualified candidate who deserves your support," Price said in the letter to Murkowski.