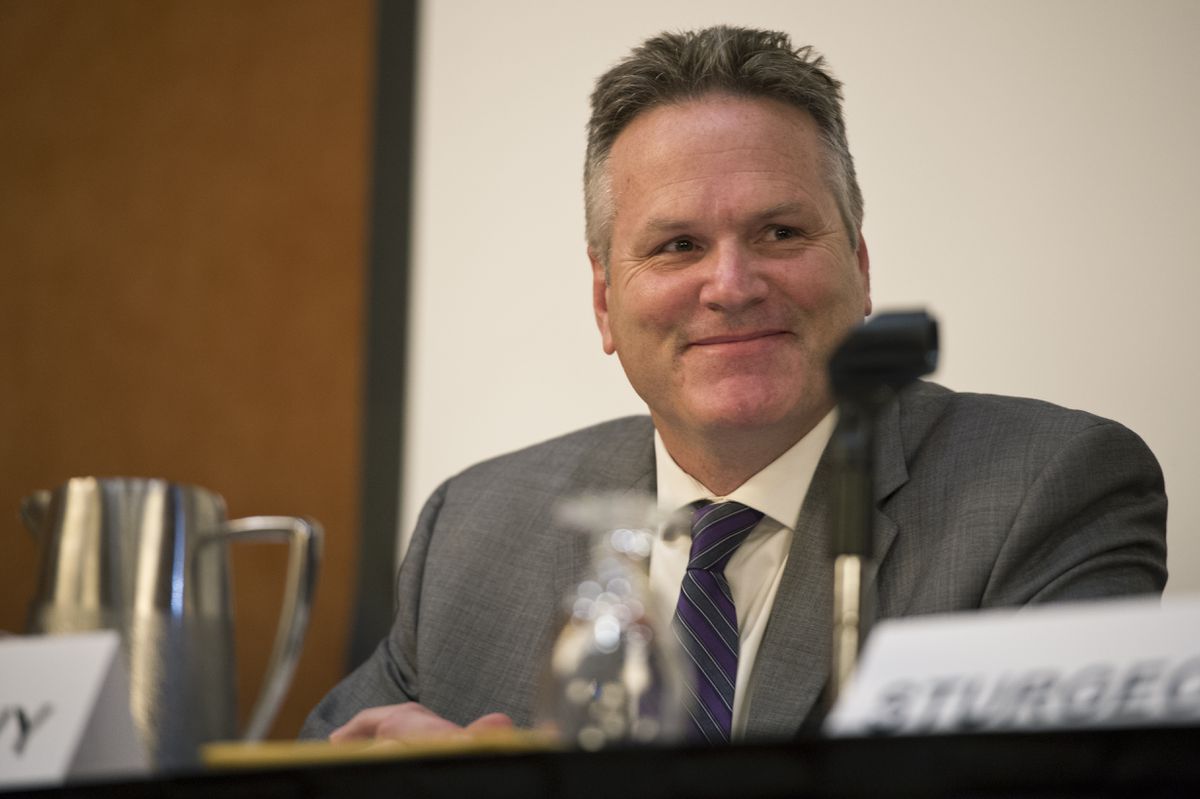 As a kid growing up on the East Coast, Mike Dunleavy dreamed of coming to Alaska — of hunting, fishing in wild streams and losing himself in the state's vast, open spaces.

The race was shaken up last week when independent Gov. Bill Walker dropped his re-election bid. He said he concluded he could not win a three-way race and said Democrat Mark Begich would be better for Alaska than the Republican former state senator.

Dunleavy, a former educator who left the Senate after five years in January to focus on the campaign, has cast himself as tough on crime, a budget hawk who opposes new taxes and a defender of the annual oil-wealth check the state pays to residents. Since the primary, he has been selective in which debates he attends, drawing criticism from his opponents, and he's stuck to his message.

Walker and Begich have said Dunleavy's numbers don't add up and have sought to portray him as dangerous for Alaska. Walker worries Dunleavy could unravel policies he's put in place, like expanded Medicaid. Dunleavy has raised concerns about Medicaid.

Dunleavy, 57, said he got the blessing of people in his district to leave the Senate. And he said he wouldn't be running if he didn't think his ideas were achievable.

"Just to run to lie to people, to be governor? No," he said.

Dunleavy grew up in a union household in Scranton, Pennsylvania, the youngest of four boys. He loved being in the woods — hiking, fishing — and played basketball, his sturdy, tall frame an asset.

His dad was a mail carrier; his mom, a clerk for the city. Dunleavy said his mother was involved in low-level politics and that his father taught them that instead of complaining, they should get involved.

Dunleavy said he came to Alaska for the first time in 1983, working at a logging camp on Prince of Wales Island. He returned for good after finishing college courses in Pennsylvania, landing his first teaching job in the tiny, remote Alaska Native community of Koyuk, about 90 air miles east of Nome.

Leo Charles remembers meeting Dunleavy for the first time, at the local store. Word travels fast in a small community, and he'd heard there was "a big guy coming to teach."

"And there was a tall guy standing there, blocking the doorway," he said.

Both played basketball and enjoyed hunting, fishing and riding snowmobiles. Charles said they once traveled nearly 90 miles by snowmobile so Dunleavy could visit the woman he would later marry, Rose.

Many there still remember "Big Mike," a moniker Dunleavy earned for his 6-foot-7 height and because there was already another Mike in Koyuk, Charles said.

Dunleavy said the six years he spent in Koyuk were some of the best of his life. In some ways, the residents reminded him of those in Scranton. "They were just great folks, very accepting folks," he said.

After leaving Koyuk, Dunleavy said he finished his master's degree before moving to Kotzebue, where he lived for 13 years. He and his family — he and his wife have three daughters — eventually settled near Wasilla, on 45 acres. Because of the time he needed to devote to the current campaign, he said he sold his beloved mules.

Dunleavy said his time in rural Alaska influenced his views on issues such as education. As a senator, Dunleavy proposed a constitutional amendment that would have allowed for public money to be used for private or religious schools, which critics worried could take money from public schools. The measure died in the Senate.

He also pushed for giving parents a greater say in their kids' schooling.

"Those guys that are criticizing me, I guess my question for them is, How many kids are they willing to sacrifice to a system that oftentimes doesn't meet students' needs?" Dunleavy said, adding that he supports more educational choices, such as career and technical opportunities.

In 2017, Dunleavy left the Republican-led Senate caucus. Caucus rules dictated that members vote together on the budget and procedural matters. Dunleavy said he wanted more cut from the budget and opposed limiting the size of the check that Alaskans receive from the state's oil-wealth fund, the Alaska Permanent Fund. Caucus leadership included his now-running mate, Sen. Kevin Meyer.

Three months after leaving the caucus, Dunleavy announced plans to run for governor.

Issues in the race include crime, the economy and the future of the Permanent Fund dividend.

While third-party groups formed for all three major candidates, two such groups backing Dunleavy — including one heavily funded by the Republican Governors Association — have raised about $3.7 million, a significant level of support.

Dunleavy has supported a full Permanent Fund dividend, though he's not sure if that's doable forever. If there are proposed changes, Alaskans should get a say via an advisory vote, he said.

The dividend has been capped since 2016 amid a budget deficit, first by Walker, then by legislators. Some lawmakers this year said paying a full dividend would have been fiscally reckless.

Alaskans have lost faith in government and have little trust in politicians, Dunleavy said.

"I think that Alaskans are so fed up that this election is going to change a lot of things," he said.