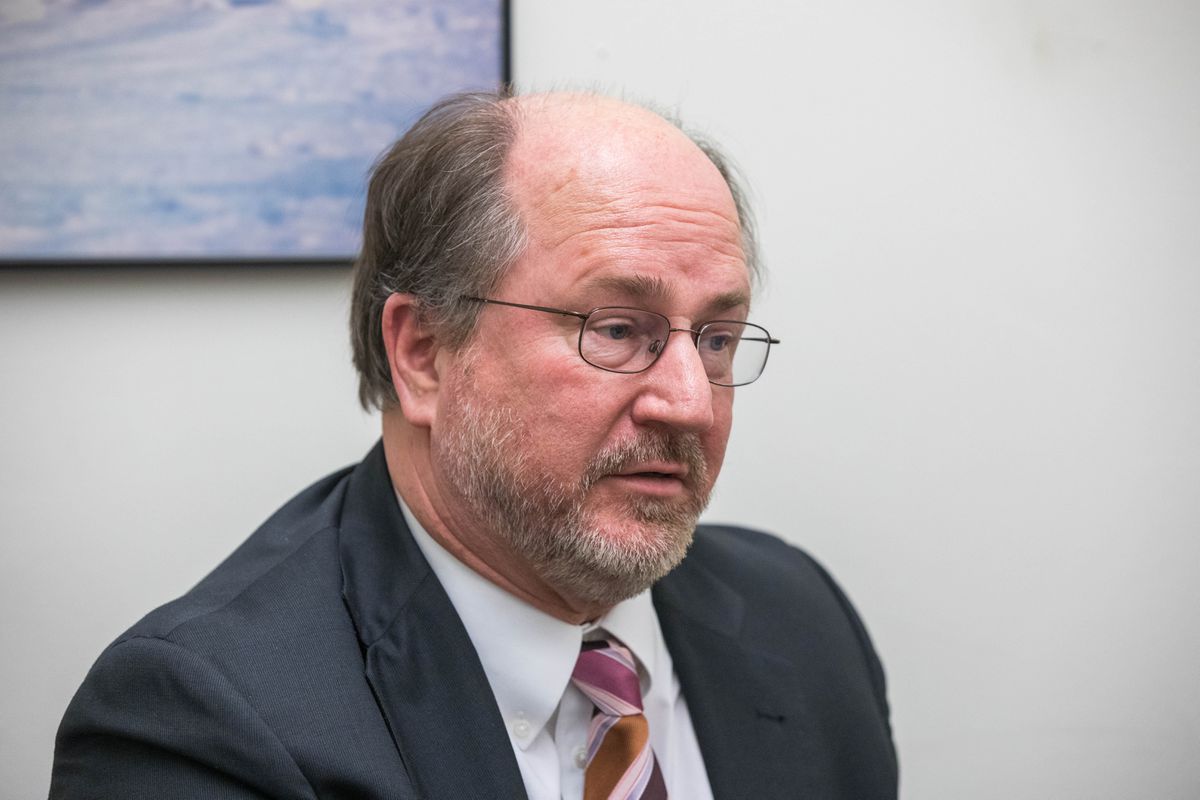 JUNEAU — Alaska Attorney General Kevin Clarkson is recovering from a heart attack in Seattle but could return to Alaska as soon as Wednesday, state officials said.

“Aside from needing some rest, he is in good spirits and will actually be released from the hospital today and returning to Alaska on Wednesday. He is already talking about coming back to work later this week,” senior assistant attorney general Cori Mills wrote by email Monday.

Clarkson, 60, was returning to Alaska from the National Association of Attorneys General Conference in Louisiana on Friday night when he began feeling pain in his chest and one arm, according to a message Clarkson posted on his personal Facebook account and a statement from Mills.

“I almost didn’t hit the (flight attendant) call button because I didn’t want to make a fuss. But I understood the signs enough to realize I needed to do so,” Clarkson wrote on Facebook.

Clarkson wrote that a nurse was on the flight, and took his blood pressure. After “her eyes went wide — confirmation I made the right decision,” she asked paramedics to meet the flight at the gate in Seattle.

After escorting Clarkson off the plane and performing an EKG, the paramedics told Clarkson he would have to stay in Seattle.

“They called medics to transport me and then I remember telling them I felt dizzy and I just blacked out,” he wrote.

After being revived, Clarkson was taken to a hospital for “an angiogram and angioplasty to put two stents in my artery on my heart,” he wrote.

Mills said the surgery went well, and Clarkson told the Department of Law the following morning what had happened. Clarkson remains in charge of the department, said Dunleavy press secretary Matt Shuckerow.

“I’m doing fine," Clarkson wrote. "The surgery was almost a non event — very unnoticeable surgery except the wound on my wrist where they went into my arteries.”

In a prepared statement, Gov. Mike Dunleavy said he and his wife are glad to hear Clarkson is doing well.

“We hope that all Alaskans will join us in keeping him and his family in their prayers this week as he continues to recover,” the governor wrote.