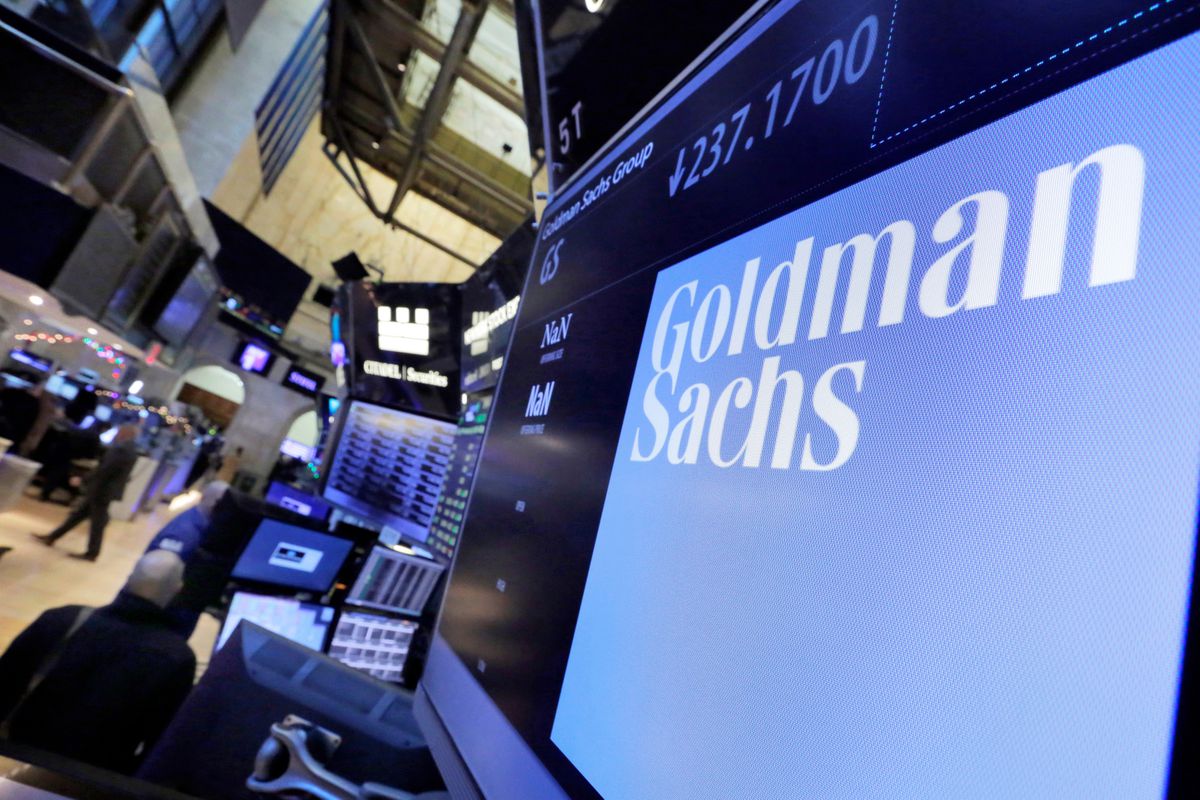 The logo for Goldman Sachs appears above a trading post on the floor of the New York Stock Exchange. (AP photo/Richard Drew, file)

The logo for Goldman Sachs appears above a trading post on the floor of the New York Stock Exchange. (AP photo/Richard Drew, file)

This week, mega-bank Goldman Sachs said it would no longer finance new oil exploration in the Arctic as part of a broader move away from fossil fuels.

Now, Gov. Mike Dunleavy says he is reconsidering whether Alaska should do business with the bank, and the Alaska Department of Revenue has already booted Goldman from a billion-dollar plan to borrow money to pay oil and gas drillers.

“In response to Goldman’s pledge, the governor’s office has directed the review and where possible without financial or progress impairment, the removal of Goldman from business relations with the state,” acting Revenue Commissioner Mike Barnhill wrote in a Friday letter to Goldman’s CEO.

Wrapping up a weeklong trip to the East Coast, Dunleavy told reporters on Thursday that he has “serious questions” about doing business with any company that isn’t willing to work with Alaska.

“I think it’s part of my role to advocate on behalf of Alaska,” Dunleavy told reporters.

[CNN: Governor used talking points written by Pebble to urge support for mine]

On Dec. 6, the state of Alaska had named Goldman a “co-senior underwriter” for the Alaska Tax Credit Certificate Bond Corp., an agency authorized by the Alaska Legislature under former Gov. Bill Walker to borrow up to $1 billion from public markets to pay tax credits to North Slope oil and gas drillers.

The corporation’s work has been on hold for more than a year and a half after a Juneau man sued to stop the plan, but an Alaska Supreme Court ruling on its legality is expected soon, and Goldman stood to benefit if the court gave its OK.

After Goldman said it was changing its environmental policy, the state removed Goldman from the list of five participating banks, bumped up the other participants in priority and added JPMorgan Chase at the bottom.

Other actions are possible. According to a written statement from Department of Revenue legislative liaison Genevieve Wojtusik, “Goldman Sachs has underwritten over $2.4 billion of bonds as part of 26 transactions over the last 10 years” with state agencies and municipalities.

Goldman announced its new environmental policy Tuesday. In addition to excluding investment in Arctic drilling, it prohibits financing for coal-fired power plants that don’t have equipment that reduces their carbon emissions.

Goldman’s CEO said in a Financial Times opinion column that profitability matters, “But finance must also address climate transition and inclusive growth while achieving and sustaining those returns.”

Dunleavy raised the possibility of taking action against companies that take actions similar to Goldman’s.

“There may be other outfits that we do business with … that may be working against our goals,” he said.

One possibility is Wells Fargo, which in 2018 said it would not finance some proposed oil- and gas-related projects in Alaska’s share of the Arctic. The company’s stance is based on the Equator Principles, a set of environmental and social standards followed by more than 100 financial companies in 38 countries.

“While we will continue to support the responsible development of conventional energy, Wells Fargo is committed to accelerating the transition to a low-carbon economy,” the company said in a written statement provided by E.J. Bernacki, its spokesperson for environmental affairs.