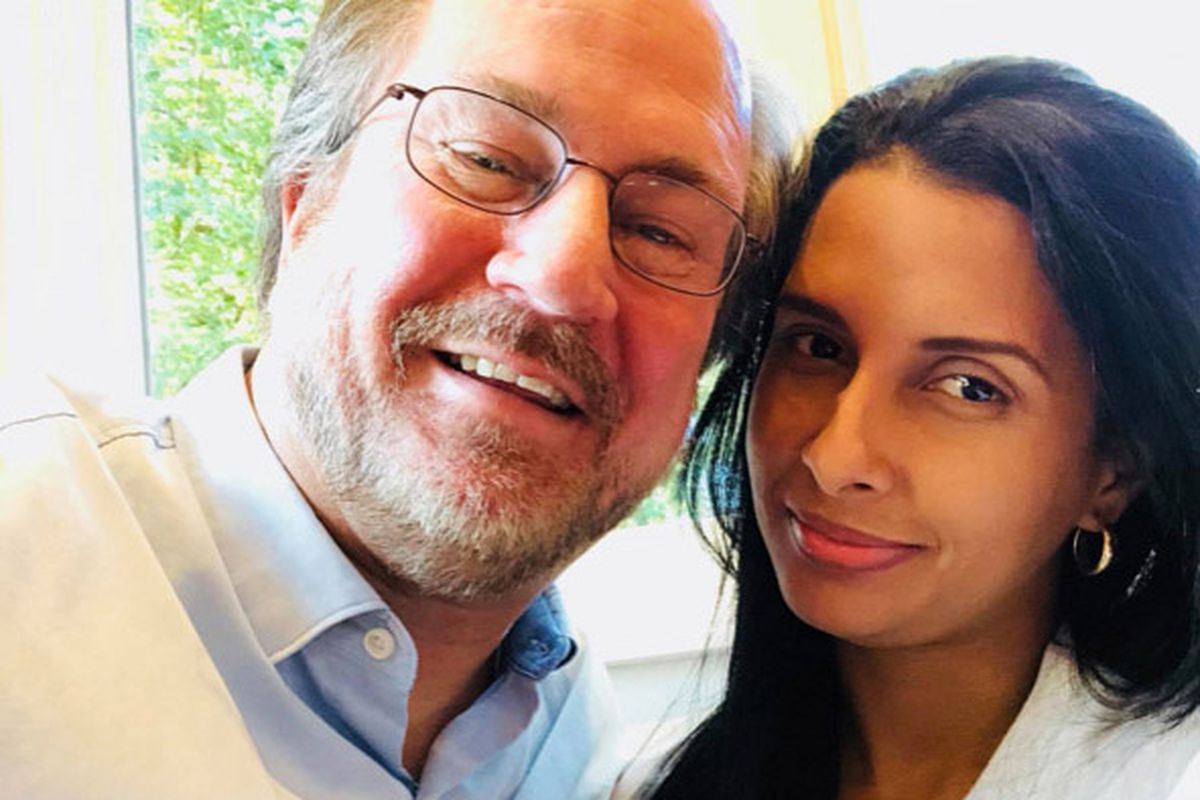 Alaska’s governor sent an official letter to President Donald Trump last month asking the president to help his attorney general get his Colombian wife and stepson the re-entry permit and the visa they need to live in the United States.

Clarkson, in his two-page letter, describes a nearly three-year wait to receive all the approvals needed to bring his wife, Johanna Ferrer Zarache de Clarkson, and her 6-year-old son to the U.S. from Colombia. They have unexpectedly been unable to obtain a visa for Johanna’s son, though she was granted a green card for permanent residence in May 2018, according to Clarkson.

“Attorney General Clarkson’s enclosed letter addresses and seeks your assistance in regard to a personal matter related to his multiple-year effort to obtain visas from the United States government for his wife and young stepson, currently in Colombia, so they may join him in Alaska,” the governor wrote.

“I have witnessed Attorney General Clarkson’s admirable patience as he has dealt with the seemingly endless bureaucracy of our legal immigration processes. Any assistance that you can lend would be greatly appreciated,” Dunleavy wrote.

The governor’s one-page letter was disclosed as part of a routine public records request by the Daily News for the governor’s official correspondence.

Clarkson’s letter to Trump says it was written in a “personal capacity," though he identifies himself as Alaska’s attorney general. The letter, also written Dec. 2, was not included in the documents released by the state. Clarkson provided the letter to the Daily News on Thursday morning.

Dunleavy has called his relationship with Trump “pretty good" and has met with the president multiple times. Trump has tweeted support for Dunleavy, who faces a recall effort to remove him from office.

Dunleavy was traveling and not available for comment Thursday, spokesman Jeff Turner said.

Turner declined to specifically answer multiple questions, including why the governor reached out to the president directly.

“His letter to the president contains what he has to say on this," Turner said of the governor.

The White House did not return requests for comment Thursday.

Clarkson, in an interview late Wednesday, said his letter to the president was written on his own time.

He said he wrote it after beginning to fear that while he worked on obtaining his stepson’s visa, Johanna might be denied re-entry. Johanna had been out of the U.S. for more than a year since her last visit at the time Clarkson wrote the letter.

Clarkson asked Trump for “any assistance that you can provide” in finalizing his stepson’s visa application, and for the issuance of a re-entry permit for Johanna so she can return to the U.S., according to the letter. Clarkson said he hadn’t applied for a re-entry permit because he didn’t anticipate the process would take so long.

“If you leave the country and don’t return for a year, or more than a year, you might have a problem getting back into the country,” Clarkson said. “So now I’m thinking they’ll give (my stepson) a visa and tell Johanna she can’t come back. I’m thinking this is crazy.”

Clarkson said he asked the governor to deliver the letter. He expected that Dunleavy would write a cover letter for it, he said, and that taking that step on his behalf was appropriate.

Clarkson said the letters are in “no way” an ethical violation.

“I wrote the letter in a personal capacity, not as the attorney general of Alaska, and not asking for favors, just asking, ‘Please, 20 months and counting seems like enough time to process a visa for a 6-year-old kid whose mom already has a green card,’" he said.

Clarkson said the governor would have offered similar help to any Alaskan who asked. He said he is not aware of the governor making a similar appeal to Trump for other Alaskans.

“It’s the governor’s job to help out Alaskans,” Clarkson said. “In this case it was a request to the president to see if we can’t smooth this over, not bend the rules, but to make the process work. The process needs a kick in the butt just to make it work.”

Clarkson said he has also asked all three members of Alaska’s congressional delegation for help.

Clarkson married Johanna in 2016 in Colombia. He was previously married to another woman from Colombia, Noru Clarkson.

He and Noru were introduced to each other by an old high school friend of his with ties to Colombia. Noru died of cancer in 2008.

Clarkson said he sought help from former Gov. Sarah Palin to bring Noru’s family from Colombia to Alaska so they could be with her before she died.

Palin wrote a letter to the U.S. Embassy in Bogota, Colombia, to help get visas for Noru’s family so they could visit, according to Clarkson. The delegation, including Sen. Lisa Murkowski and the late Sen. Ted Stevens, also helped, he said.

“They did this for me then when I was just an average Alaskan citizen,” Clarkson said in an emailed statement Thursday. “This is what our elected officials do for us as Alaskan citizens from time to time when we need help getting the wheels of U.S. bureaucracy to turn as they are supposed to turn.”

Clarkson said that in 2002, he acquired a visa for Noru and her young son in a few months. They became U.S. citizens, Clarkson said.

The process for Johanna and her son has been far more complicated, he said.

“Something is different than 2008. But I don’t know why it’s different," he said.

After Noru died, Clarkson went to visit her family in Barranquilla, Colombia, in 2008. He met Johanna on the visit.

They remained friends for several years before deciding to marry in 2016, he said.

For reasons that are unclear to Clarkson, getting a visa for Johanna’s son was not a smooth, “derivative” process after Johanna received her paperwork, he said. He said Johanna can’t leave her son in Colombia.

To support his application to get a visa for Johanna’s son, he’s sent and re-sent numerous documents to different federal offices, Clarkson said. Overall, he has submitted their marriage certificate six times.

Asked if the president or his administration has helped as a result of the governor’s letter, Clarkson said he’s not aware of such actions. He said that weeks after Dunleavy sent the letter, a U.S. State Department official called to inquire about the status of the application.

Clarkson said he doesn’t know why the official called.

Since then, Clarkson has been asked to re-submit previously submitted paperwork. He doesn’t know if anything has changed.

“I’m trying to keep good spirits and Johanna is, too,” Clarkson said. “We’re just trying to get through this."