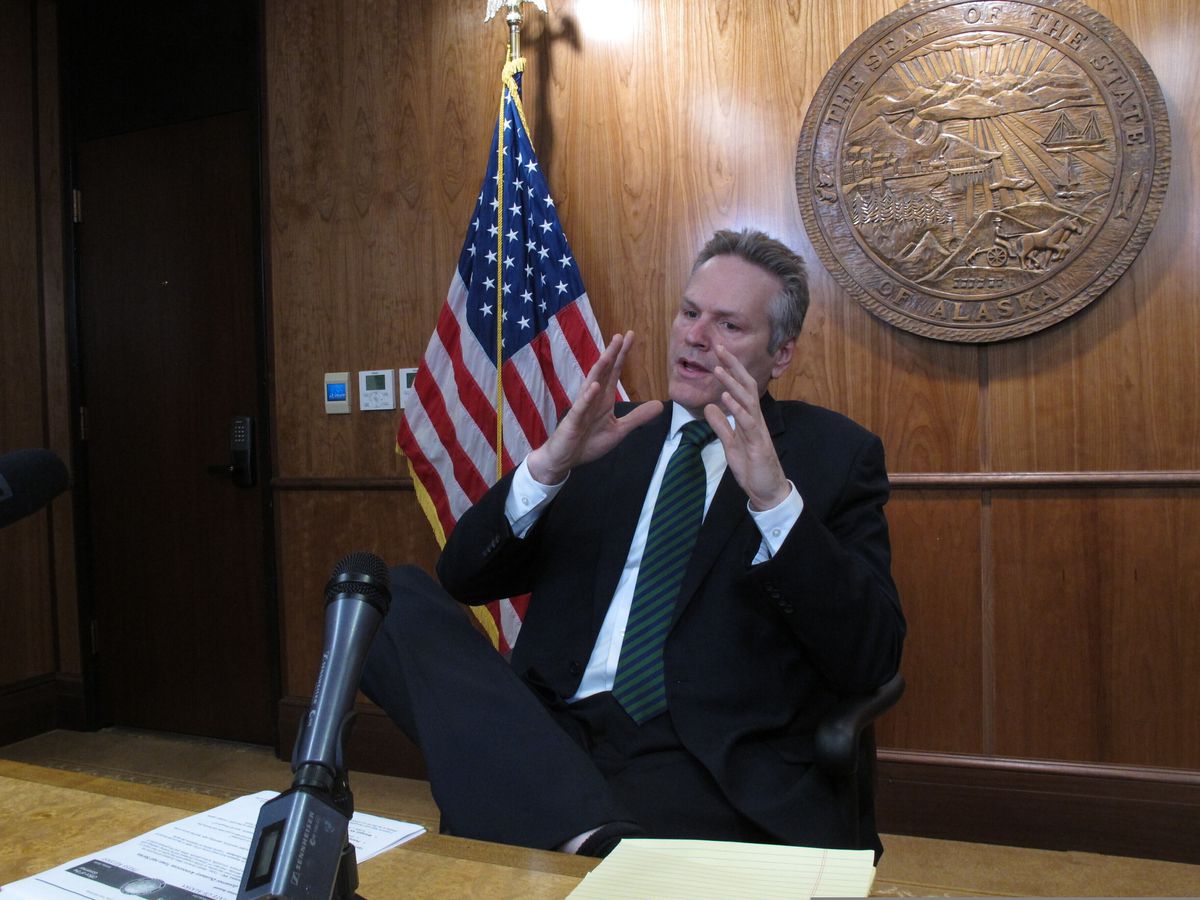 JUNEAU — The Alaska Supreme Court Friday ordered the state Division of Elections to allow Alaskans to sign petitions seeking to remove Gov. Mike Dunleavy from office and said that arguments over the legality of the recall will take place March 25.

The decisions reverse a lower-court ruling that had paused signature-gathering and put the case on an extremely speedy schedule by the standards of the court. Both orders were signed by all five justices.

Recall Dunleavy, the group seeking to remove the governor from office, must collect the signatures of at least 71,252 registered Alaska voters to force a recall vote. That vote would be a straight up-or-down decision. If the governor is removed, Lt. Gov. Kevin Meyer would become governor.

If the Supreme Court rules the recall campaign legal, any election would take place 60 to 90 days after the Division of Elections confirms that enough signatures have been gathered.

Division of Elections Director Gail Fenumiai said it would take about a week to print the official signature booklets but that the process could begin as soon as the Department of Law notifies the division.

“The Division is prepared to proceed according to the order issued by the Alaska Supreme Court lifting stay pending appeal," Attorney General Kevin Clarkson said in a prepared statement.

The Supreme Court said the division should act “forthwith.”

Claire Pywell, campaign director of Recall Dunleavy, said of that timeline, “Wish it were faster, but this is great.”

The campaign has been training people to collect signatures and has been preparing events to launch its signature-gathering campaign, she said.

In Friday’s two-page order, the Supreme Court said the lower court failed to take into account the possible harm faced by the Recall Dunleavy group if signature-gathering is delayed.

“The statutes governing recall elections impose certain deadlines apparently intended to ensure an expedited process,” the court wrote. “The loss of several months of signature-gathering in this process is at least a ‘not inconsiderable’ injury.”

The court also concluded that recall opponents did not show that they will probably succeed in arguing that the recall is illegal. Thus, the court said, it made sense to lift the pause imposed by Anchorage Superior Court Judge Eric Aarseth.

Aarseth had originally ordered signature-gathering to begin no later than Feb. 15 but paused that timeline after Stand Tall With Mike — a group supporting the governor — argued that it made sense to wait until the Supreme Court has determined whether the recall is legal.

Attorneys representing Stand Tall With Mike said that if the Supreme Court throws out one or more of the four stated reasons for recalling the governor, it could challenge any previously gathered signatures because there would be no way to tell whether someone backed the recall for a disallowed reason.

According to the schedule set by the justices, Stand Tall With Mike and Recall Dunleavy will exchange written arguments through the end of the month and into March.

Multiple participants in a Friday scheduling conference with the court said they expect the justices to deliver a verdict on or shortly after March 25. If the Supreme Court rules promptly, that could allow a special recall election before the state’s Aug. 18 primary election.

Stand Tall With Mike and the Alaska Division of Elections had requested a slower schedule that could have allowed the recall on the November general election ballot. Recall Dunleavy had asked for arguments in February.