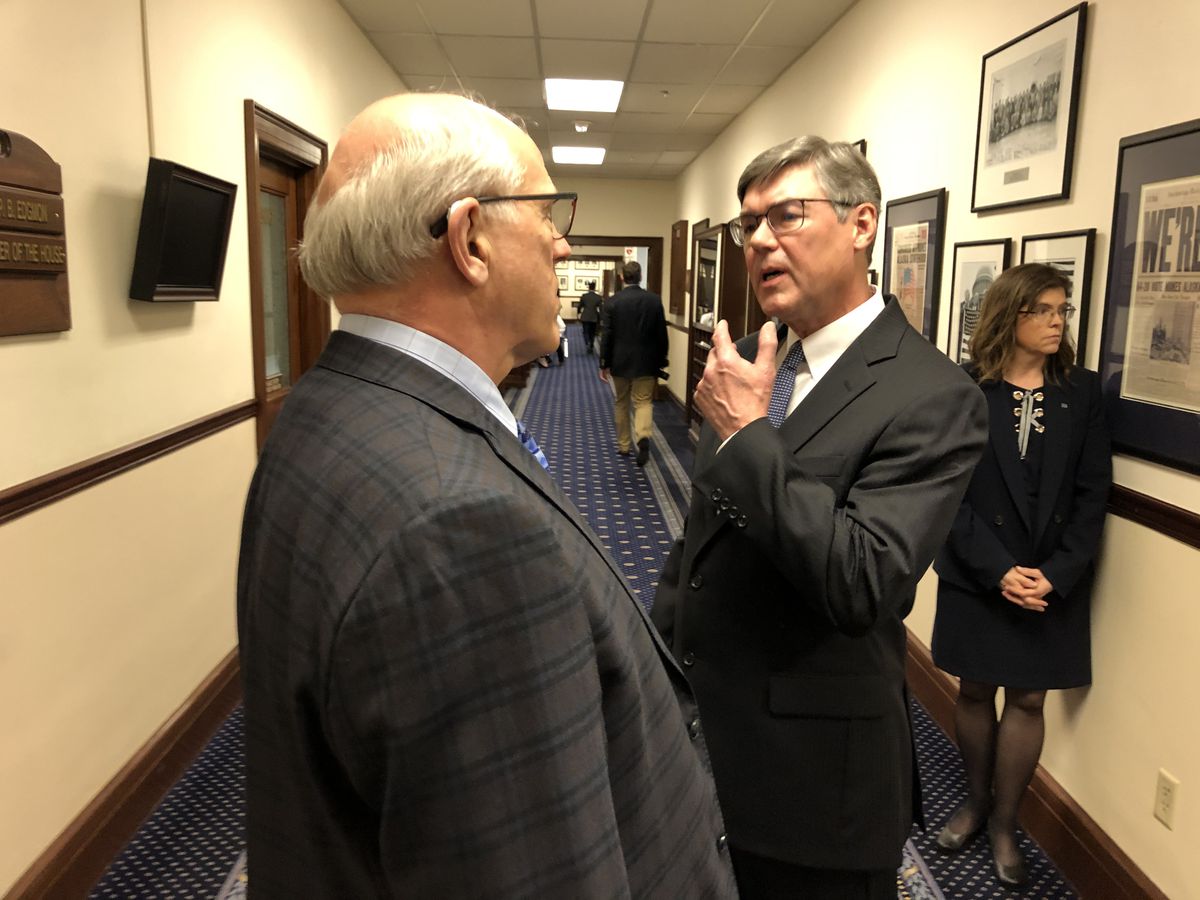 JUNEAU — If lawyers don’t want Alaska’s chief justice to determine the legality of the recall campaign against Gov. Mike Dunleavy, they should tell him.

In an unusual Wednesday letter, the Alaska Supreme Court’s head clerk said that state attorneys and attorneys representing the recall campaign can file a request to remove Chief Justice Joel Bolger from this case, but any filing must be before Feb. 26.

The Supreme Court is scheduled to consider the legality of the recall on March 25. Without a favorable ruling, there will be no recall election.

The court’s letter came one day after Stand Tall With Mike, a group representing the governor, said it was dropping its legal opposition to the recall. In an unsigned statement, the group said its decision was driven in part by its belief that Bolger cannot render a fair verdict.

He said, however, that there is a “feeling” that the court’s “inevitable decision” will be in favor of the recall.

[Above: Watch Gov. Dunleavy’s remarks on the recall at a news conference in Juneau on Wednesday.]

According to court records, Stand Tall With Mike never asked Bolger to remove himself from the case.

Other attorneys said judges typically remove themselves from questionable circumstances and that attorneys usually ask to remove a high-court judge only if they’re aware of a problem and the judge isn’t. Used otherwise, a request for removal risks offending a judge who may determine their case, they said.

Margaret Paton-Walsh, the state’s lead attorney in the recall case, has applied for a pending vacancy on the Supreme Court. Bolger is chair of the Alaska Judicial Council, which will be vetting applications for the vacancy and drafting a list of nominees for the governor to consider.

Joe Geldhof, a registered Republican attorney who has argued cases in front of the Supreme Court, said it would be unusual for an attorney to have to ask a judge to remove themselves from a case, but an attorney shouldn’t be afraid to do so. He was critical of Stand Tall With Mike’s attorneys for not pressing the court on the issue.

Mark Choate, a registered Democratic attorney with experience similar to Geldhof, said Stand Tall With Mike’s statement “doesn’t ring true to me" and seems more like an excuse.

The state’s code of judicial conduct requires a judge to remove themselves from a case if they have “personal knowledge of disputed evidentiary facts concerning the proceeding.”

In Wednesday’s letter, the Supreme Court clerk said, “Chief Justice Bolger does not have any personal bias or prejudice concerning the parties or attorneys involved in this case, or personal knowledge of any disputed evidentiary facts, and he knows of no other reason why he cannot render a fair and impartial decision in this matter.”

This article has been updated to note that the state’s lead attorney on the recall has applied for a pending vacancy on the Supreme Court.