Pro-Dunleavy group drops out of recall lawsuit, but state says it will continue fight at Alaska Supreme Court 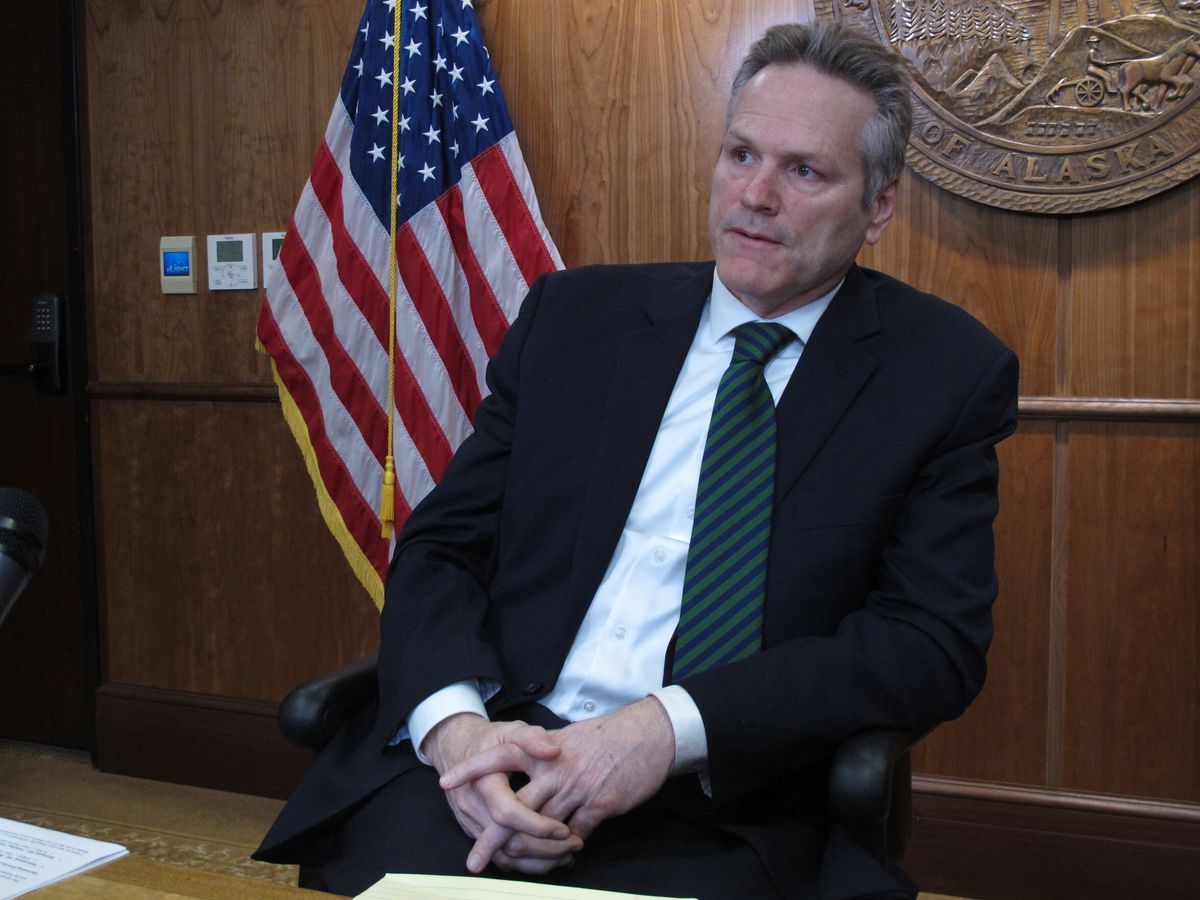 In this Jan. 31, 2020 photo, Alaska Gov. Mike Dunleavy speaks to reporters in Juneau, Alaska. On Wednesday, Feb. 12, Dunleavy proposed a state lottery as a way to provide a new source of revenue. (AP Photo/Becky Bohrer)

In this Jan. 31, 2020 photo, Alaska Gov. Mike Dunleavy speaks to reporters in Juneau, Alaska. On Wednesday, Feb. 12, Dunleavy proposed a state lottery as a way to provide a new source of revenue. (AP Photo/Becky Bohrer)

The Alaska Supreme Court will consider the legality of the recall campaign against Gov. Mike Dunleavy without the input of a group formed to defend the governor.

On Tuesday, the group Stand Tall With Mike dropped its opposition to a lower-court decision that ruled the recall effort legal.

In a written statement, the group challenged the impartiality of the court and said that after several actions, including a Friday order to start signature-gathering for the recall, it believes the Supreme Court will not overturn the prior decision.

Recall Dunleavy, the group seeking Dunleavy’s removal from office, said Stand Tall With Mike’s decision was an acknowledgement that it would lose the legal battle and little more than a canny political move to have state of Alaska shoulder the cost of the governor’s legal defense.

In its statement, Stand Tall With Mike agreed that the group believes it would lose in front of the Supreme Court.

“Stand Tall With Mike believes the public is better served by devoting resources to educating the public why this recall is unjustified, a waste of public resources, an affront to the 145,000 Alaskans who voted for this governor, and a distraction from the critical issues facing Alaskans,” the group said.

Tuesday’s action does not automatically mean a vote.

The Alaska Division of Elections remains opposed to the recall in court and will now stand alone in defense. The Alaska Supreme Court has scheduled oral arguments for March 25, and a verdict is expected on or soon after that date.

Recall Dunleavy must also gather the signatures of 71,252 registered Alaska voters to force a vote. The vote will be a straight up-or-down decision. If Dunleavy is removed, Lt. Gov. Kevin Meyer would become governor.

The Division of Elections, following guidance from state lawyers, rejected those reasons last year. The division’s action was overruled by a Superior Court judge in January, but the state appealed to the Supreme Court. Stand Tall With Mike had filed documents in support of the state’s appeal.

Pywell said it means the governor “is going to use the public’s money by forcing the state to support the appeal" while his backers preserve their funds for a campaign.

“Clearly, they understood they weren’t going to win (in court),” she said.

Stand Tall With Mike didn’t dispute the latter belief but said in a written statement that it did so because it believes the state’s high court cannot fairly consider the case.

“The belief was that it was pointless to continue with the legal approach,” Dunleavy said in an appearance on public radio Tuesday morning.

“The courts are going to put this on the ballot, and then we’re going to have a campaign,” he said.